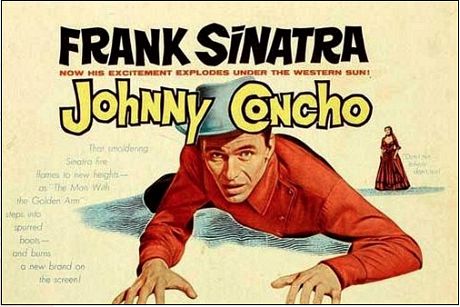 So sequentially speaking the bottom line is that Concho — created by producer-star Sinatra, director Don McGuire and screenwriter David P. Harmon — pretty much launched the whole morally ambiguous anti-hero oater thing. On top of which Sinatra’s performance is actually among his best and William Conrad‘s snarling, cold-eyed villain is one for the annals, but this decent but (if memory serves) not-that-great black-and-white western has pretty much sunk beneath the waves.

I know that opportunities to see it are rare. The only DVD you can buy on Amazon is from Italy, and it’s not clear if it’s dubbed or subtitled or what. It apparently plays on TCM now and then. A suspicious-looking outfit called DVDsentertainmentonline is offering a DVD but I don’t trust it.

Given that Sinatra believed sufficiently in Concho to produce (or co-produce), you’d think that Alex Gibney would at least mention it in his recently aired HBO documentary on Sinatra…but he didn’t.

Incidentally: McGuire wrote Meet Danny Wilson, adapted Bad Day at Black Rock and wrote an early draft of Tootsie that won him a “story by” credit. 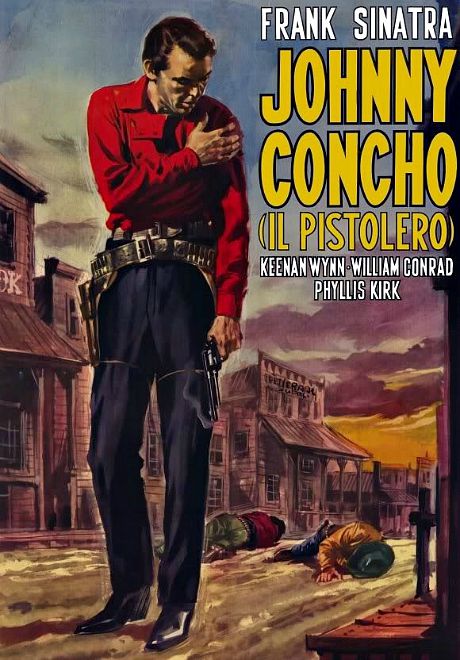