…out a lead piece about Jim Jarmusch’s Broken Flowers, which everyone saw at this morning’s 8:30 am press screening (and which will have its black-tie premiere tonight), I may as well put up these photos from the post-screening press conference, which ended a bit after 12 noon.
I respected and mostly liked Broken Flowers, bit I didn’t find it entirely sublime. It felt a bit under-fueled and sketchy at times, but that’s Jarmusch for you…he likes his characters…his movies, I mean…cut and dried without any of that emotional backstory stuff.

Broken Flowers is actually fairly penetrating. It’s a dryly intriguing comedy about a middle-aged lonely guy (Bill Murray) flying around the country and trying to figure out which old girlfriend has written him a note telling him he has a 19 year-old son.
Mostly it’s about loneliness and regret and missed opportunities, and is one of those films that gets better the more you mull it over. I saw it about four hours ago and it’s growing on me already. I liked that it doesn’t fill in all the blanks or neatly tie things up at the finish.
< ?php include ('/home/hollyw9/public_html/wired'); ?>
It has, of course, Jarmusch’s signature elements (minimalism, understatement, observings of cultural minutae), and a somewhat taciturn, occasionally hilarious lead performance by Bill Murray.
Anyway, I’ll expand on this in a little, and in the meantime here are some more press conference photos, plus a shot of Jarmsuch taken yesterday (Monday, 5.16) at a Fortissimo Films party at the Noga Hilton beach annex: 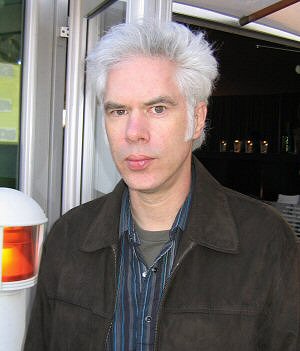 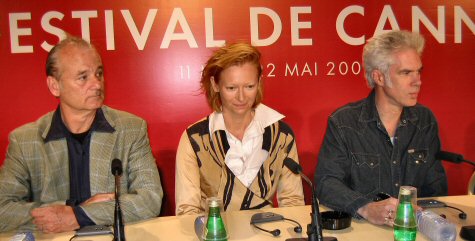 Manderlay didn’t do it for me, and I’m speaking as a totally ardent fan of von Trier’s Dogville , Dancer in the Dark and Breaking the Waves, as well as a general fool for his bad-boy provocateur routine.
It’s a relentlessly talky, intelligent and provocative film that addresses..,well, American racism, certainly, but more generally a do-gooder tendency by American governments to try and shape other societies so they more resemble our own (Iraq, Vietnam, etc.). And it indulges in the usual proddings and agitations that are par for this Danish filmmaker. 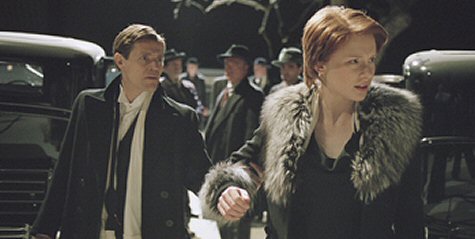 I don’t know when it’ll open in the States, but I’m presuming Manderlay wi ll piss off African-Americans when it opens there for saying, in part, that they are playing (or have played) a willing part in their economic subjugation by whites.
The second installment in von Trier’s America, Manderlay is a continuation of the adventures of Grace, the gangster’s daughter played by Nicole Kidman in Do gville, the trilogy’s 2003 kickoff, and by Bryce Dallas Howard in the new film.
Both films are stagey and pedantically inclined, and shot on what is probably the same massive sound stage with imaginary props and sets. (The third installment will presumably follow suit.)
Manderlay‘s problem is that it’s too similar to Dogville…and not similar enough.
Despite its slow pace and very gradual plot development, Dogville had a surprise character revelation (i.e., that Kidman is the daughter of gangster James Caan, and not his girlfriend, as the film allows us to assume at first) and a shockingly violent finale that expressed von Trier’s negative feelings about what he sees as American tendencies to exploit the less fortunate. 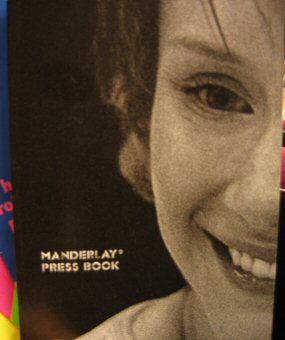 Manderlay is supposed to walk, talk and feel like a Dogville companion. It is broken up by titled chapters, John Hurt again provides the dry and pungent narration, and the closing credit sequence is nearly identical with the same David Bowie song (“Young Americans”) played over a series of stills that il laminate the uglier aspects of America’s history – in this instance, the treatment of African-Americans over the last century or so.
But there’s no big jolt or surprise at the finale — you can pretty much tell what’s coming from the get-go – and it so closely recalls Dogville‘s aching-butt aspects that watching it feels like a chore.
Set in the early 1930s, some days or weeks after Dogville ended, Grace and her father (Willem Dafoe, taking over for James Caan) and his gang of thugs pull up out side the gates of an Alabama plantation called Manderlay.
To her shock, the na√É∆í√Ç¬Øve and willful Grace quickly learns that slavery is still in place here — the black workers lorded over by a white family (which is headed by Lauren Bacall). She quickly decides to use her dad’s power to take over the plantation and institute democracy and free choice and self-sufficiency.
But the process of teaching is kind of fraught with contradictions. Grace needs to order and organize and put structure into place, and the black men and women of Manderlay resist or elude her plans in different ways, and old habits revive themselves and Grace gradually ends up becoming a tyrant — just like the slave-running family she replaced. 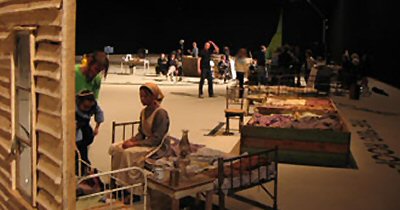 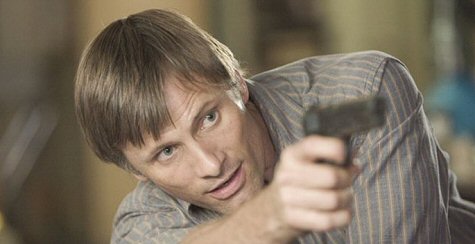 Viggo Mortensen stars as Tom Stall, a man who leads a quiet, small-town life with his wife (Maria Bello) and two kids. Then it turns out he’s a guy with a criminal past who’s adopted a fake name, and then some of the gangster types he ran with — dark-suited baddies from Philadelphia, including characters played by Ed Harris and William Hurt — start showing up and saying, “Heyyyy…”
I was especially turned around by the dark humor aspects. A lot of people get bloodied and shot and killed in this film, but it’s a very funny thing at times, and I wasn’t the only one feeling this way.
There was a French guy in the audience at the Salle de Bussy’s 7:30 pm showing who yelled at the audience while the film was running, saying,in effect, “Stop laughing…this isn’t funny!” 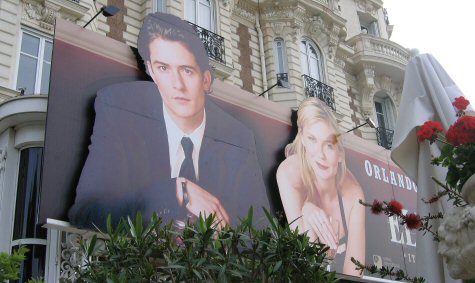 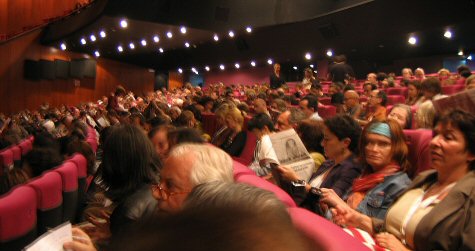 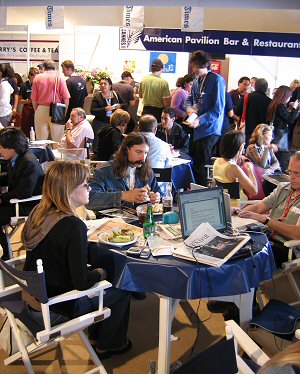 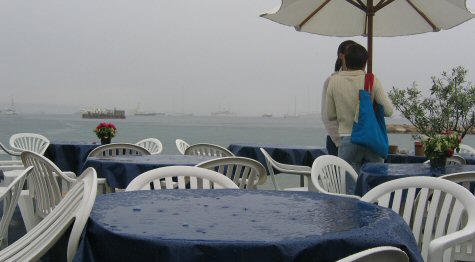 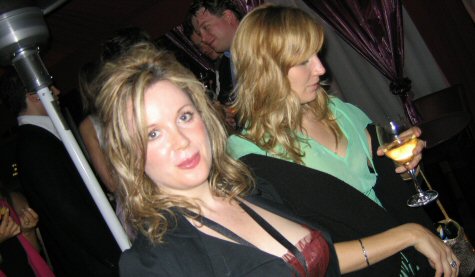 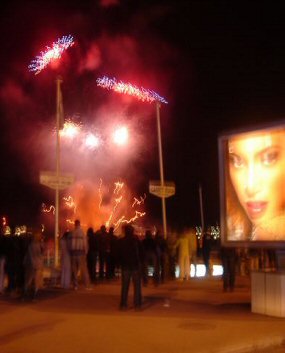 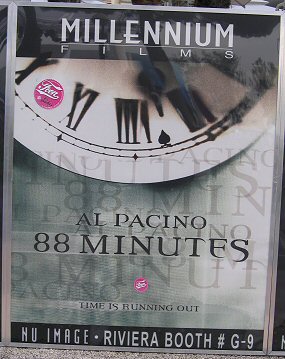 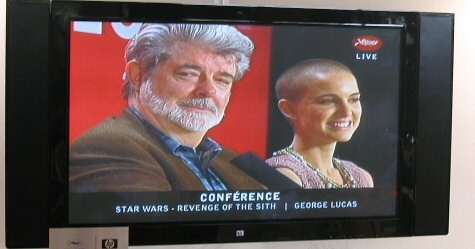 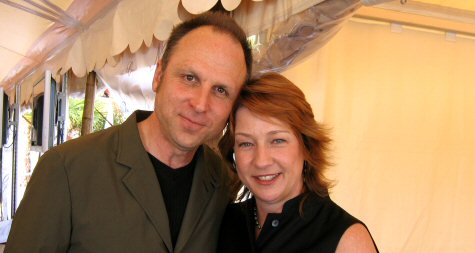 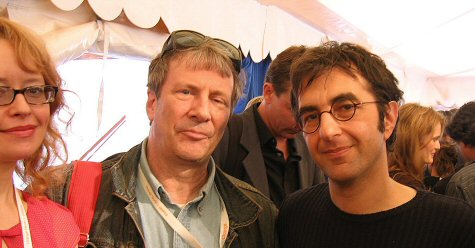 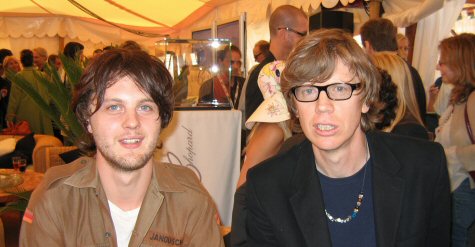 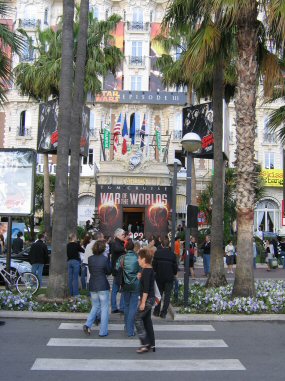 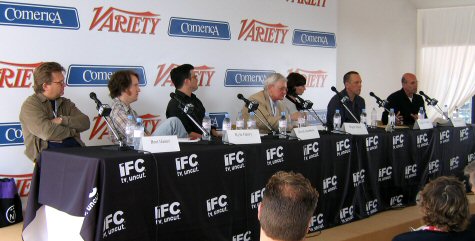