A somewhat fickle decision by New York Film Critics Circle chairman Armond White to rescind an invitation to MSNBC’s Keith Olbermann to present the Best Original Screenplay award to In The Loop costar James Gandolfini at last night’s NYFCC award ceremony resulted in Olbermann getting hugely pissed. I’ve asked White and two publicists to comment but no replies as we speak. Here’s how it was told to me: 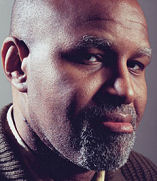 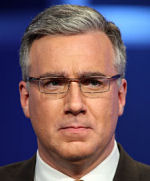 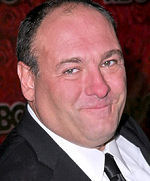 The invitation to Olbermann went out last week via 42West. The initial plan was for the show to start exactly on time at 7:30 pm, and for Olbermann to present the award toward the end of the evening. The MSNBC commentator told the agency that he could be at the awards ceremony by 9:15 pm after taping his show. He later told 42West he would tape a segment of his show in advance so he could arrive even earlier.

But after this was arranged, White had second thoughts. He expressed his view that Best Original Screenplay was a minor award and therefore shouldn’t be presented too late in the evening, or no later than approximately 8:30 pm, give or take. Olbermann’s arrival plans were therefore too late for White’s timetable. He also decided that only past NYFCC winners should present awards, which deep-sixed Olbermann also. This led to 42West re-contacting Olbermann last Friday with a “thanks but no thanks.”

Olbermann was naturally offended. He’s a political celebrity, after all, which would have fit perfectly with an award for a political comedy. He had taken the time to watch In The Loop on a screener (and loved it, I’m told) and had arranged for that segment pre-taping. Olbermann allegedly responded with “this is the rudest thing I’ve ever [dealt with]” and “I hope this organization likes publicity.”

But of course, the NYFCC award show didn’t start at 7:30 pm. It started about 8:30 pm. At 7:45 or 7:50 pm White took the stage and essentially said “sorry for the delay but we’re going to delay even further.” (That’s how I heard his remarks, at least.) The 8:30 pm start, in any event, meant that Olbermann’s 9:15 pm arrival would have worked just fine. The final upshot was that Us critic Thelma Adams was asked to present the award. Which she did, and very robustly.

White’s concept of using only past winners as presenters led to another odd decision in which 1984 NYFCC Best Supporting Actress winner Christine Lahti (for Swing Shift) presented George Clooney with his Best Actor award. She and Clooney have a history, apparently, but the general reaction was “why is Lahti presenting this again?” Clooney’s people, I’m told, were at the front of the line with this question.

The bottom line, my source informs, is that White’s mercurial or impolitic ways of handling the presentations irked other agencies besides 42West.