You have to do more than just sell tickets to be considered a serious heavy-hitting movie star. Every so often (i.e., every three or four years) you have to be in a really good film. And I mean a really good one — not a line-drive single or ground-rule double but a serious triple or a homer. By this standard, or even in strictly monetary terms, how can 32 year-old Ryan Reynolds be considered a star of any kind? 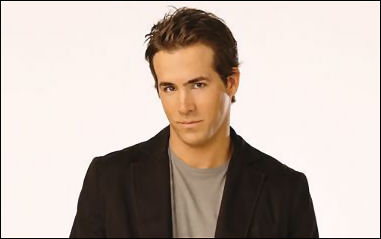 He’s a talented performer, obviously charming and good looking. He seems to be trying to do quality work in ambitious or unusual films. (Whatever happened to Fireflies in the Garden?). And most of his movies have been modestly profitable. And he seems (or it has seemed) as if he might eventually be Robert Redford. Maybe. But this doesn’t seem to be happening.

Where are the super-grosses, the big critical acclaim (why doesn’t he work with AAA-rated directors?), the sense of being part of some kind of special firmament in the universe? When is Reynolds going to catch a really good wave? It’s okay to flip-flop around in your 20s but you don’t hit it big in your early 30s people start to wonder.

You knew Redford was a star he came out in Butch Cassidy and the Sundance Kid at age 32, and then Downhill Racer and The Candidate two and three years later. (All parts that Reynolds could have played and done relatively well with.) You knew Dustin Hoffman had hit it big-time when he made The Graduate and Midnight Cowboy and Straw Dogs. You knew Al Pacino was destined for greatness when he turned up in The Godfather ; ditto Robert DeNiro when he starred in The Godfather, Part II. Nothing like this has happened with Reynolds. Nothing even close.

The reason, I believe, is that he’s basically a faux star — an agreeable lightweight lacking serious hunger and possibly lacking the necessary gravitas — trying to launch himself (or at least make it work in a limited way or…you know, hang on) in a degraded environment. He seems to be doing all he can to make it happen — engage, excite, arouse — but it’s just not coalescing.