Who Bill Cosby-ed Kim Novak, and Why?

There are two…well, one head-turning takeaway from Scott Feinberg’s 3.12 Kim Novak interview (audio + transcript) in the Hollywood Reporter. Plus there’s a vague refutation of a rumor about Novak having been Bill Cosby-ed by Tony Curtis during a late-night party in November 1957. Plus an interesting inference or two.

One, Novak’s fabled interracial “affair” with Sammy Davis, Jr. in late 1957, which was chronicled in a September 2013 Vanity Fair piece by Sam Kashner and discussed in an August 2017 Smithsonian article by Joy Lanzendorfer, wasn’t actually sexual**.

Lanzendorfer reported this on 8.9.17, Novak reportedly repeated the claim to Larry King in 2004, and she says it again to Feinberg in the current THR piece — no salami and, the article indicates, perhaps a hint of stalking on Davis’s part. 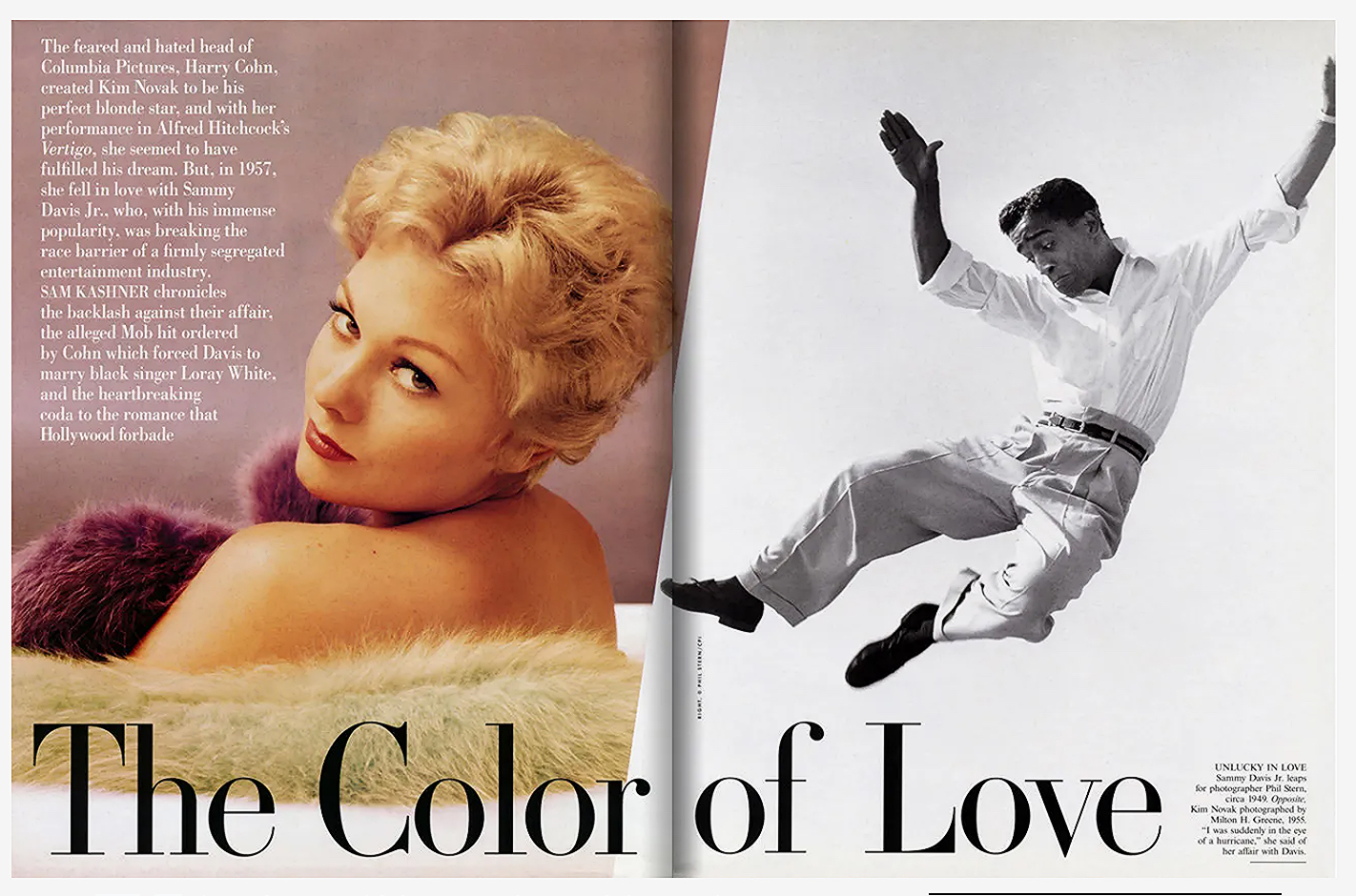 Novak tells Feinberg that her much-whispered-about relationship with Davis had more to do with (a) Davis aggressively pursuing Novak — inviting her to join him for a Thanksgiving dinner with his parents in Los Angeles in late November 1957, and then surprising her by showing up when she invited him out of politeness to a family Christmas gathering in Chicago a month later, and (b) Novak not wanting to discourage Davis out of concern that a racial motive might be inferred if she flat-out rejected his advances.

Feinberg’s article also contains a between-the-lines inference that while Tony Curtis may have slipped Novak a Mickey Finn during a late-night after party at his Beverly Hills home (which he shared with then-wife Janet Leigh), Davis may have been “in on it” and perhaps was the guy who drove Novak back to her home, where she woke up in her bed stark naked the next morning, not having the slightest clue what had happened.

Feinberg excerpt: “One day, Novak left Paramount studios — still in her [Judy Barton] wig and green gown from Vertigo — to attend a charity dinner, where Tony Curtis invited her to an afterparty at the home he shared with Janet Leigh. Hearing that [director Richard] Quine would be there, she said yes.

“When she arrived, Quine [with whom Novak was involved to some extent] wasn’t there. But Davis was, and he offered to help her take off her wig.

“‘By the time he got it off,’ Novak recalls, ‘Tony Curtis had brought me a drink. I don’t know…I only had, I think, one drink there. But that’s the last thing I knew. I do not know anything afterward, cross my heart, hope to die. Don’t know what happened after that or how my car got back in front of my apartment.”

“Does Novak think someone spiked her drink? ‘I really do,’ she said. “I didn’t think of it then because people didn’t talk about things like that, but I could never figure it out…I’ve never blacked out in my entire life.’

“She adds, ‘I think Tony Curtis did it. I don’t want to think Sammy did that.’ And when she awoke the following morning? ‘I’ll just tell you the honest truth: I didn’t have my clothes on.'”

The “tell” is Novak saying “I don’t want to think Sammy did that.”

Here’s a letter I sent to a friend after reading Feinberg’s piece this morning — please forgive the repetitions:

During filming of Vertigo in late November of ‘57, Kim Novak, who was starting to platonically (she says) fraternize with Sammy Davis, attended an after-party at the home of the then-married Tony Curtis and Janet Leigh. Which her would-be lover Davis, allegedly a good pally of Curtis’s, also attended that night, and had perhaps invited her to.

One, who invited her, Davis or Curtis? Two, who most likely slipped her the Mickey Finn?

She tells Feinberg that she went because she’d been told that helmer Richard Quine, with whom she had recently struck up some sort of relationship with, would be there. But when she got there, no Quine

Curtis had his hound-like tendencies and behaviors, but doesn’t it make sense that Davis, the interested party, would have been the inviter? Novak says that he wanted a sexual relationship (naturally) although she wanted to and did keep things platonic. Or so she tells Feinberg.

On the other hand the day after the Curtis after-party Novak attended a Thanksgiving dinner with Davis and his parents.

Soon after Novak invited Davis to a Christmas gathering at her parents’ home in the Chicago area, she tells Feinberg. Her apparent motive in doing so was a polite quid pro quo because he had invited her to dine with his parents a month earlier. Davis was performing at the Sands in Las Vegas, and yet he blew off a show or two and flew all the way to Chicago just to hang out with Novak and her family.

Question: Why would a pair of big-name, high-profile performers (Davis, Novak) attend two significant holiday events at their respective families’ homes if they were merely involved in a hands-off, just-friends, no-benefits relationship? Answer: Novak was going with the flow in a comme ci comme ca way, but Davis was aggressively pursuing her.

Remember that in ’57 Davis and Novak were playing with fire in a certain sense. They were discreetly flirting with the appearance of an obviously risky (by the standards of 1957) interracial relationship, which would be sure to attract media attention and have some kind of significant impact on their respective careers.

And by the way, Novak tells Feinberg that when the offer to costar in Vertigo came through via Columbia chief Harry Cohn, she “didn’t know” who Alfred Hitchcock was. How could Novak run in the circles she was running in and not even KNOW who Hitchcock was? His weekly TV show had been airing since ‘55 and The Man Who Knew Too Much was a really big hit in ‘56.

Back to the Curtis after-party: Obviously Davis had more of a motive to invite Novak to the after-party than Curtis. Curtis was a hound, yes, but as a Curtis friend, Davis had presumably confided his sexual interest in Novak, and yet, to hear it from Novak, it was most likely Curtis who drugged her at the party.

Who then took her clothes off and presumably “did a Cosby” and then arranged for her car to be parked in front of her “apartment”, as Novak relates?

And that’s another thing: Novak was 24 and famous and doing quite well financially in late ’57, and yet she’s living in an “apartment”? She owned a Bel Air home that burned down in ‘61. Why wouldn’t a woman of means own a proper home? Or at least rent one?

Let’s assume Novak is correct in suspecting that Curtis drugged her, but to what end? How could he do this while knowing that his pal Sammy is really smitten by her, particularly to the extent that he’d invited her to a Thanksgiving dinner the next day? None of this MAKES ANY SENSE.

Novak tells Feinberg that she doesn’t “want to think Sammy did that,” but think about this. Novak says that Davis told friends that he was “doing” her and that she didn’t want to pop that bubble for his sake. She was looking to be as obliging as possible, in other words, while holding back on a sexual relationship. The bottom line is that Davis had the motive to sexually possess her, not Curtis.

And Novak’s story about waking up nude in bed the next morning…does that remind anyone of anything? At the very same time Novak had recently performed a Vertigo scene in which she woke up nude and startled in a stranger’s bed (Scotty Ferguson’s San Francisco’s apartment on Lombard) and then asked Ferguson “what happened?” Odd that such a very similar scenario happened in real life.

** Lanzendorfer excerpt: “Novak, who has consistently asserted that her relationship with Davis was never anything other than friendship, has also said the studio ordered her to stop seeing him. They also placed guards around her house.” 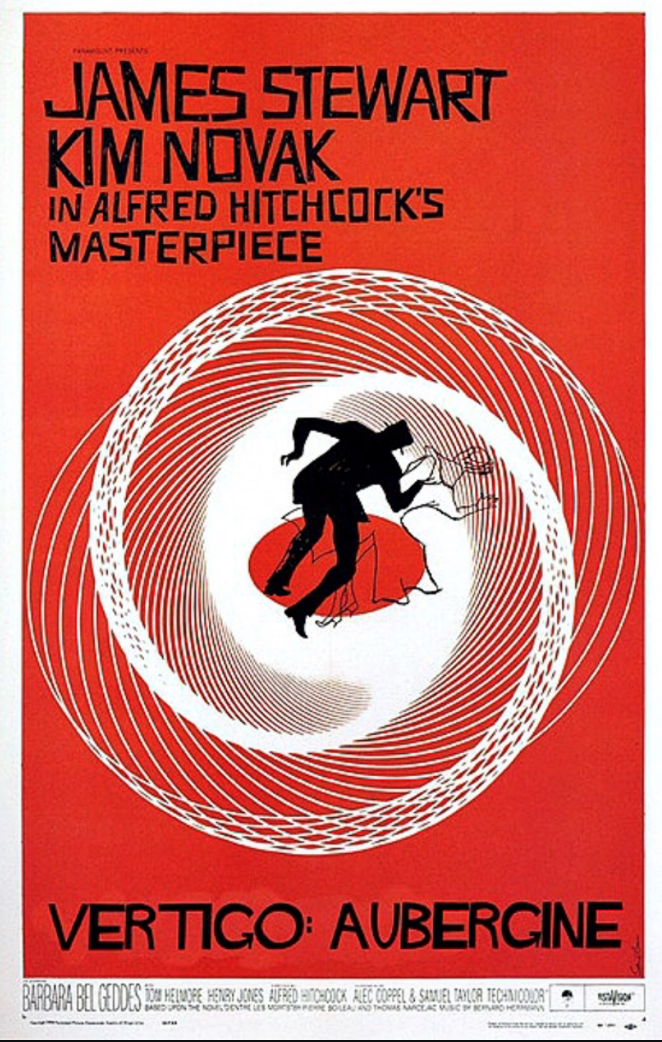