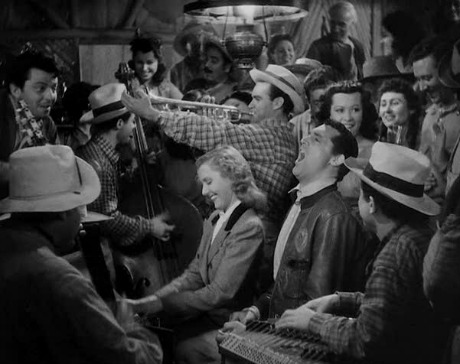 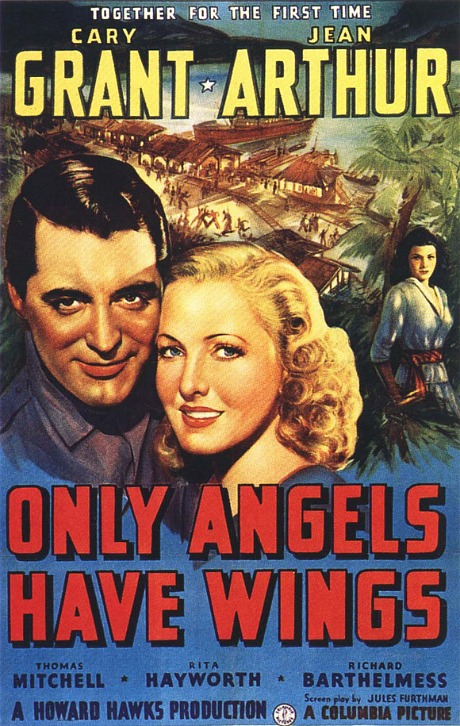 I love the scene when the hard-bitten Cary Grant, boss of a South American air-transport outfit, suppresses his better judgment and tells Richard Barthelmess over the radio to attempt a risky take-off from a remote plateau. “Let me know if you make it,” Grant says. A minute later Barthelmess tells Grant he’s in the clear. Grant is obviously impressed, but he says to Barthelmess, “What do you want, a medal?”

One of the best old-school finales of all time comes when Jean Arthur realizes that Grant has, in his odd fashion, “asked” her to stay by flipping a two-headed coin.

Last night I saw a high-def version on Vudu. I’ve never seen it look so sharp and crisp and spotless. Like watching it fresh out of the lab.

From the Wiki page: 13 or 14 weeks of principal photography were completed on 3.24.39, 31 days over schedule. This was followed by “several weeks of second unit shooting of aircraft flying in various locations in the western United States. A few re-takes were shot in April with Cary Grant and Victor Kilian. Two days of re-shoots with Rita Hayworth were also shot, but were directed by Charles Vidor.” Twelve days after final re-shoots Only Angels Have Wings opened at the Pantages on May 10, 1939. 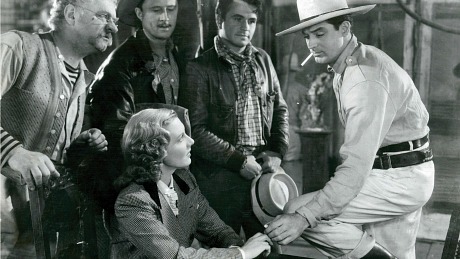 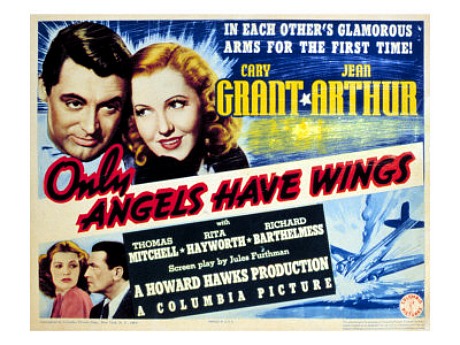