Why I Cry Not For Joe Rogan

“America has done a very poor job of dealing with Covid. We’ve had more deaths, as a percentage of the population, than any other large, wealthy nation, with the disparity even wider during the Omicron wave than it was before. Why? Because so many Americans haven’t behaved responsibly”…senior among them Joe Rogan.

“I know I’m not alone in feeling angry about this irresponsibility, which has been encouraged by politicians and other public figures. There are surely many Americans feeling a simmering rage against the minority that has placed the rest of us at risk and degraded the quality of our nation’s life”…and my simmering anger at Joe Rogan is a part of this. 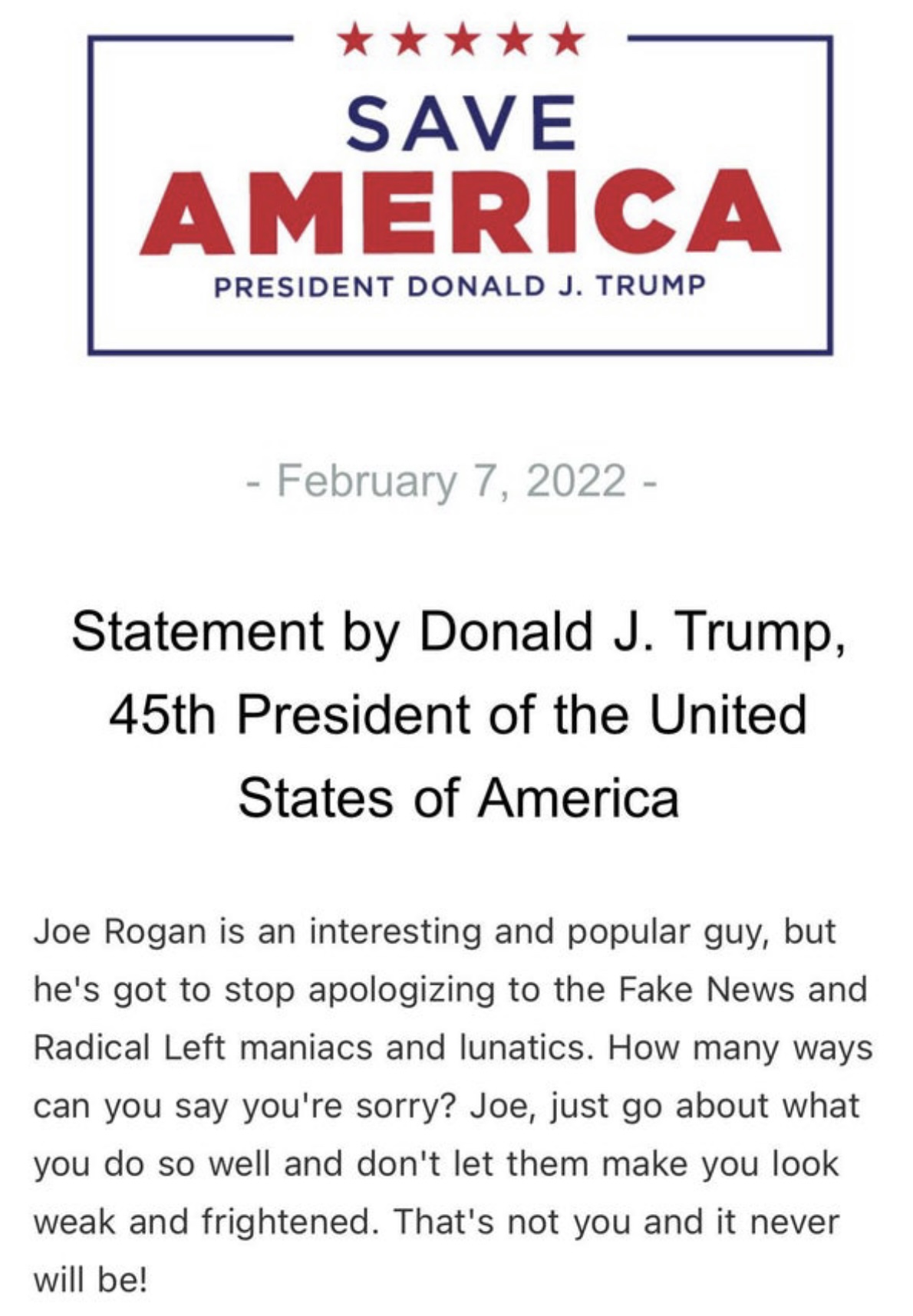 “Oh, and don’t tell me that how you behave during a pandemic is just an individual choice”…like Joe Rogan has said from time to time. “I don’t claim any special expertise in the science, but there seems to be clear evidence that wearing masks in certain settings has helped limit the spread of the coronavirus. Vaccines also probably reduce spread, largely because the vaccinated are less likely to become infected, even though they can be.

“Also, think about the burden of proof here. You don’t have to have 100 percent faith in the experts to accept that flying without a mask or dining indoors while unvaccinated might well endanger other people — and for what?

“What this means, in turn, is that those who refuse to take basic Covid precautions (i.e,, Joe Rogan) are, at best, being selfish — ignoring the welfare and comfort of their fellow citizens. At worst, they’re engaged in deliberate aggression — putting others at risk to make a point.”