Why Is “Air” Opening in April?

It was announced earlier today that Ben Affleck and Matt Damon‘s Air, a fact-based sports marketing drama about Nike salesman Sonny Vaccaro, will receive a wide theatrical release from Amazon on Wednesday, April 5.

This will be Amazon’s first major theatrical effort since Mindy Kaling’s Late Night, a Sundance acquisition, opened and underperformed in the summer of 2019.

Question: Was I crazy for thinking that Air, in which Damon will play Vaccaro, would be an Oscar season thing?

Two possible answers: One, Air might not be as good as it needs to be to compete against other ’23 award-seekers. Or two, things are changing and the Oscar-chasing game ain’t what it used to be.

Air follows in the wake of Ari Aster‘s Beau Is Afraid, another seemingly high-pedigree feature film by a name-brand auteur that has forsaken an award-season strategy in favor of an April opening.

Things are changing and an April opening doesn’t necessarily mean what it used to mean — i.e., an interesting film that doesn’t quite make it, and therefore doesn’t have sufficient award-season mojo. Again, that’s a cachet that used to apply but not necessarily in a January 2023 context. 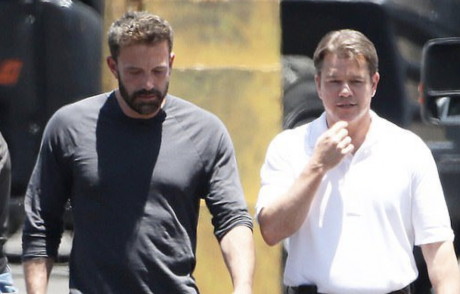 Explained by friendo: “As we learned in 2022, there is much less value in the Oscar race today…contaminated by woke critics and their anti-populist priorities, the Oscar brand is so bad that smart producers aren’t necessarily aiming for an Oscar association…it used to be that Oscar-buzz movies made money or at least enjoyed a certain elevated status…now it’s almost the opposite.

“Oscar movies have become about eating your vegetables and raising your social consciousness….fewer people are interested in them, because of the woke thing or whatever. Or because Millennials and Zoomers have become totally alienated from the brand.”

Let’s presume that Air is a highly-engaging, first-rate film. (It certainly feels like a humdinger.) It’s the first behind-the-camera collaboration between co-screenwriters Damon and Affleck (along with Alex Convery) since their Oscar-winning Good Will Hunting, on top of which Affleck, a proven helmer, is the director. Plus the story is about audacity and pathfinding (somewhat reminiscent of Bennett Miller‘s Moneyball) in the sports business, and…well, it sounds classy and cool and proletariat.

12 years ago Moneyball bought into the whole Toronto-premiere, critically-supported, award-season route. But today it was announced that Amazon will open Air on Wednesday, April 5th, or roughly two and a half months hence.

Deadline‘s Anthony D’Alessandrio: “I hear Air will have a longer theatrical window than Amazon Studios’ recent limited theatrical releases, before hitting Prime Video in more than 240 countries and territories. It truly is a first-of-its-kind arrangement for the studio as Amazon will distribute the film globally, with Warner Bros. Pictures handling international as part of its distribution pact with Amazon’s MGM. Amazon Studios only had U.S. on Late Night, not global rights.” 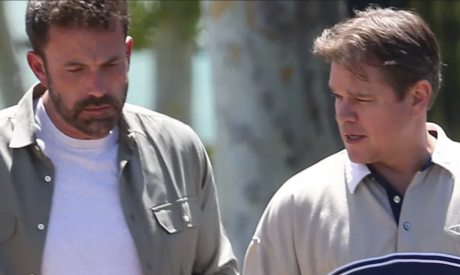