I didn’t attend this morning’s 8:45 am screening of Bjorn Runge‘s The Wife, but The Guardian‘s Peter Bradshaw did, and his review goes nuts for Glenn Close‘s performance as a “charming, enigmatically discreet and supportive wife” of a world-famous author and New York literary lion (played by Jonathan Pryce. 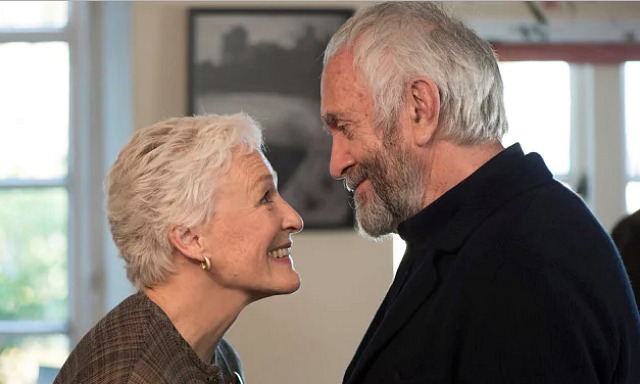 Close’s performance as Joan Castleman “may be [her] career-best,” Bradshaw says, and “a portrayal to put alongside Close’s appearances in Dangerous Liaisons and Fatal Attraction.” He describes her character as “unnervingly subtle, unreadably calm, simmering with self-control…a study in marital pain, deceit and the sexual politics of prestige.”

That sounds like something strong enough to launch Close into the Best Actress derby, but we’ll need to hear from a few more critics before going down that path. No Rotten Tomatoes entries as we speak.

Hollywood Elsewhere is going to try to attend a 6:30 pm screening of The Wife on Thursday evening at Roy Thomson Hall. So dar I can’t find a publicist who’s repping the film. If anyone knows anything and could lend a hand, please get in touch.

September 12, 2017by Jeffrey Wells29 Comments
« Previous post
When Will Souls Peek Out?
Next post »
The Punishing Festival