Winterbottom’s Best Since A Mighty Heart

I never wrote much about Michael Winterbottom‘s Trishna (IFC Films, 7.13 theatrical, 7.20 On Demand) during last September’s Toronto Film Festival, where I first saw it. But I saw it again last night at West Hollywood’s Pacific Design Center, and I’m telling you it’s an expert, beautifully composed and highly atmospheric re-telling of Thomas Hardy‘s “Tess of the d’Ubervilles,” and the latest addition to my Best of 2012 list, which now numbers 19. 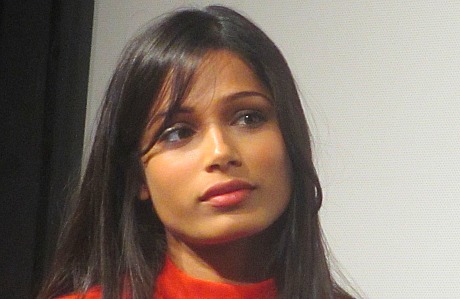 If you ask me Trishna is just as high-calibre as Roman Polanski‘s Tess, his 1979 adaptation. Winterbottom’s version is set in modern-day India, and is subtly shaped and almost oblique in a traditional “dramatic” sense with only one confrontation scene. It’s a social drama — a tragedy — in which all the potent stuff is suppressed and for the most part unspoken, but no less noticably for that.

Frieda Pinto gives the finest performance of her career, hands down, as Trishna/Tess — quiet and subdued but highly focused and curiously intense. She has no big scenes except at the very end, but she’s never less than genuine or convincing or, I feel, heartbreaking.

Pinto did a post-screening q & a with L.A. Times guy Mark Olsen. I snapped about 40 shots of her, looking for a perfect four or five.

And as a side-dish immersion in 21st Century Indian culture. Trishna is a sensual feast that just keeps turning you on with delicate lighting and aromas and fleet cutting. It’s the first film set in India that, unlike Slumdog Millionaire, made me think about actually going there. It’s like walking by a great Indian restaurant, this film. It almost feels like something projected in Aroma-rama or Smellovision. 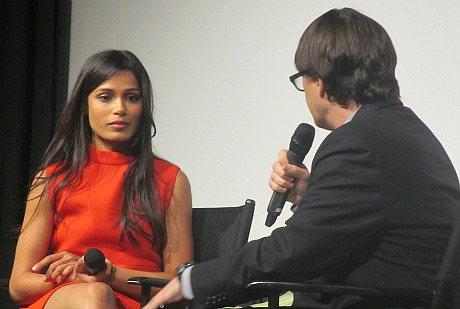 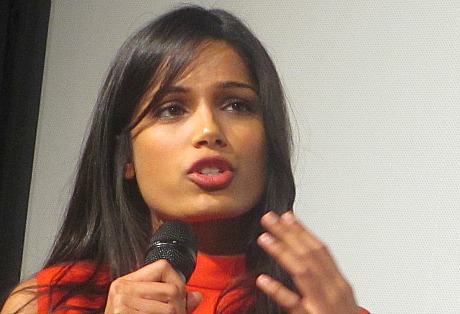 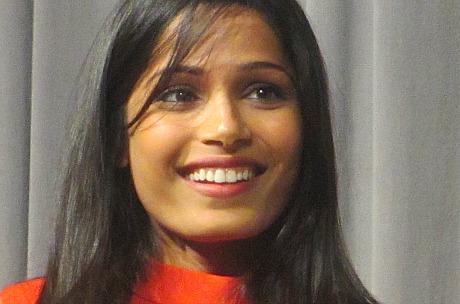 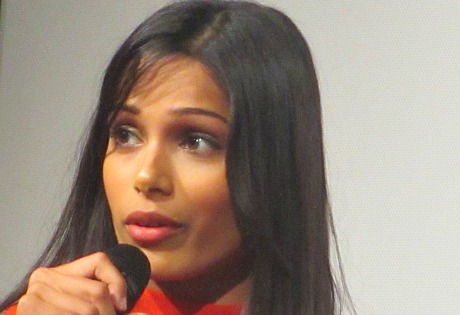