Without A Heartbeat, Voters Stay Home

Last week a staunch Democrat muttered that people shouldn’t even talk about Elizabeth Warren running against Hillary Clinton in 2016. Warren will just fuck things up by weakening support for Clinton and might thereby allow for a possible Republican presidential victory. I only know that a presidential campaign has to be about something more than just “I’ve been biding my time and am pretty much inevitable” and “it’s time for a woman to be in the Oval Office.” I agree with both notions but a presidential campaign has to be about real heart and extra-passionate beliefs, and Clinton seems to barely have either (her main conviction is that she wants very much to win) while Warren has both in spades. You know she does, and you know that Hillary, a corporate center-rightist with nominally “liberal” colors, has never had that fire. 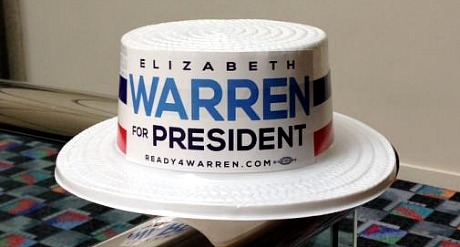 Will Hillary be nominated and elected? Most likely, yes, and that’ll be a lot better than Rand Paul or whomever. And it’ll be good to have Bill Clinton back in the hot seat and co-running the show.

But Clinton can’t just be coronated. She has to lay it on the line and show what she’s philosophically made of and and duke it out on the mat. At the very least a Warren debate will force Clinton to take a more populist tack. It might make real common sense at the end of the day for Democrats to go with a Granny Ticket. Seriously.