Erik Anderson‘s kneejerk, groaningly familiar view of Elvis Presley and, by current extension, Baz Luhrmann‘s Elvis is going to be with us for several months to come.

Racism is obviously alive and well in many pockets of the country today, but the kind of racism that penetrated most of the USA in the early to mid ’50s was more virulent and less modified. People of color were saddled with all sorts of unpleasant associations, and one of the offshoots was that rhythm and bluesy versions of “race music”, or what came to be known in the ’50s as rock ‘n roll, were regarded askance, particularly by the parents of baby boomers.

Teenage kids of the James Dean generation loved Chuck Berry, Little Richard and Fats Domino (ditto the younger boomers who were tweeners at the time), but their parents were appalled and many radio stations were concerned by the implications of raw, lewd sexuality that black music seemed to contain.

Hence the famous Sam Phillips quote: “I always said that if I could find a white boy who could sing like a black man I’d make a million dollars.” 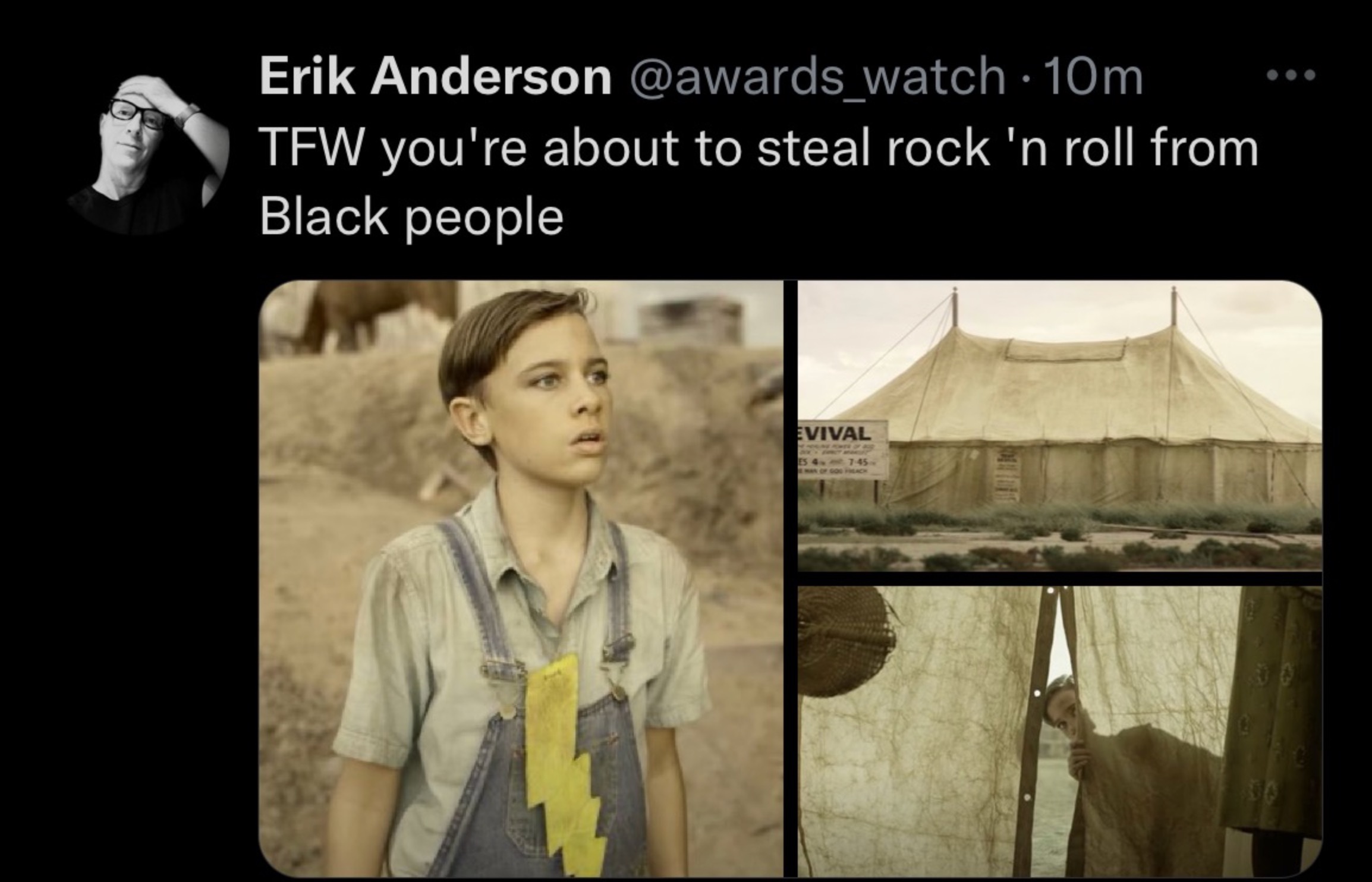 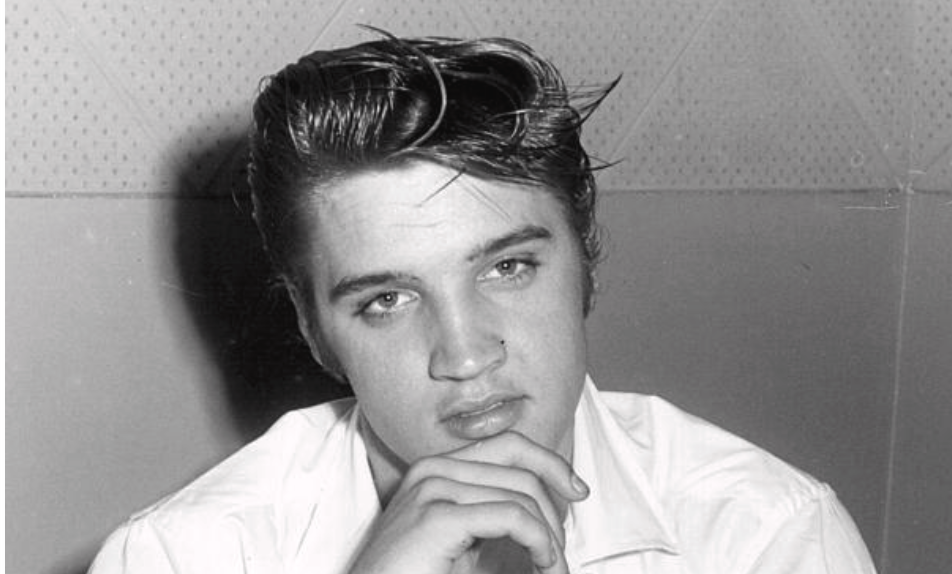 Presley may have grown into a drug-dependent asshole when he get older and perhaps less and less respectful of his roots, but by all accounts he genuinely loved “negro” spiritual music as a young kid.

“A lot of people in retrospect attack Elvis for stealin` the black music and making it white. I say Elvis Presley had a black soul with a white face” — Michael Ochs.

“I don’t think he [Elvis] ripped ’em off,” B.B. King said. “I think once something has been exposed, anyone can add or take from it if they like. He was just so great, so popular, and so hot — and so anything that he played became a hit. To me, they didn’t make a mistake when they called him The King.”

In the ’50s Presley’s music was popular in the black community. As noted by Michael Bertrand, author of “Race, Rock and Elvis”, between April 1956 and September 1958, Presley had 22 songs among the Top 15 on Billboard’s rhythm and blues charts — charts that were “meant to capture the tastes of black listeners and buyers.”

“A lot of people have accused Elvis of stealing the black man’s music,” said soul singer Jackie Wilson, “when in fact, almost every black solo entertainer copied his stage mannerisms from Elvis.”

Presley to Jet‘s Louie Robinson: “A lot of people seem to think I started this business, but rock ‘n’ roll was here a long time before I came along. Nobody can sing that kind of music like colored people. Let’s face it –I can’t sing it like Fats Domino can. I know that. But I always liked that kind of music. I used to go to the colored churches when I was a kid — like Rev. Brewster’s church [in Memphis].”

Quote: “Presley’s genius was his ability to mix multiple styles of music from the white and black cultures. Early in his career, a Memphis columnist summarized Presley’s singing style: “He has a white voice [and] sings with a negro rhythm which borrows in mood and emphasis from country style.”