I don’t know if extra-special, super-secret screenings of Martin Scorsese‘s The Wolf of Wall Street will happen for the New York Film Critics Circle and the National Board of Review before they vote next week, but I do know that Broadcast Film Critics Association members (myself included) have been invited to a Wolf screening on Friday, 12.6, around midday. There’s a simultaneous New York City screening happening at the same time. I was sort of hoping for a screening earlier in the week. If I was running the NBR and NYFCC I would order a delay in the voting so Wolf could be included. Maybe this won’t be necessary, as noted, but who knows? Not me. 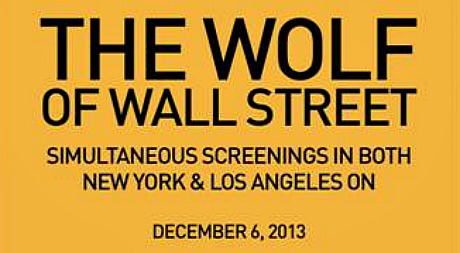