Staying for almost all of Alejandro Amenabar‘s 141-minute Agora at the Grand Lumiere caused me to arrive 15 minutes late to the 12:30 pm Taking Woodstock press luncheon at the Carlton. But no biggie. Here‘s costars Emile Hirsch and Demetri Martin riffing and responding. The recording muffles out for a minute due to Martin having inadvertently placed a cloth napkin on top of my digital recorder. 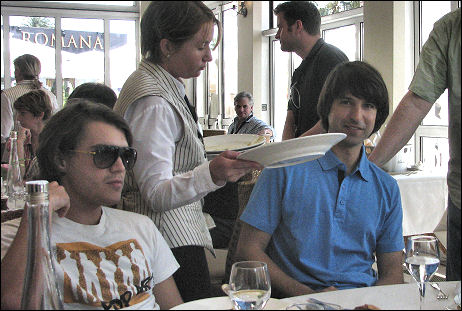 Imelda Staunton, who portrays Demetri Martin‘s constantly agitated and strident Jewish mom, was talking as I sat down at my table. She was asked about the film’s lack of Woodstock Music Festival concert footage, and her response was that we’ve all seen Michael Wadleigh‘s Woodstock and that “it’s already been done.”

I could’ve responded by saying “that’s not the point” but I didn’t want to be contentious. I could’ve said that no one expected director Ang Lee to use concert footage to any great degree but that the utter absence of any such footage feels curious, like a movie about a family of Normandy hotel owners grappling with the traumatic events of D-Day and not seeing a single soldier or warship or airplane. (I would’ve inserted maybe 90 seconds of concert footage in short little cuts throughout Taking Woodstock‘s third act.)

Staunton’s character has one silly-giggly Marx Bros. moment in the film when she and her husband eat four marijuana-spiked brownies. That’s a whole lot of THC for a very rigid-mannered middle-aged person who’s never turned on her life, which applies in this instance. A friend and I once chugged a chocolate milkshake mixed with a finely-ground ounce of pot, and we didn’t come down for two full days. It was like we were tripping. 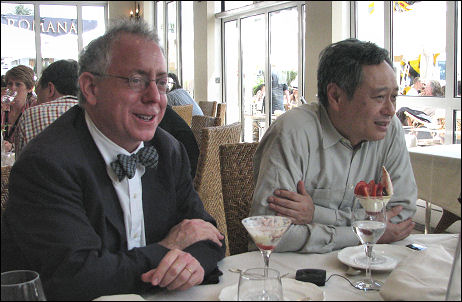 I mentioned to Martin that Elliot Tiber, the guy he portrays in Taking Woodstock, was 34 in 1969 and had led a fairly full life by that time, and yet it seems that he’s playing him younger or certainly wet behind the ears, and, as Todd McCarthy observed, that the template seems to be based upon Dustin Hoffman‘s Benjamin Braddock. Martin, an easygoing guy with a nice smile, sidestepped this one, saying mainly that he wouldn’t want to be compared to Hoffman, etc.

Hirsch and Martin were asked if they’d detected any difference so far in reactions to Taking Woodstock from older, boomer-aged viewers vs. under-30 types. They said they hadn’t. Hirsch acknowledged or noted that the Woodstock Festival doesn’t mean as much (or anything at all) to twentysomethings, and speculated that 20 or 30 years hence he might hear a similar underwhelmed reaction from younger people about, say, the election of Barack Obama.

I asked Lee and producer-screenwriter James Schamus if either of them had turned on at all during their wayward youth — i.e., dropped acid or mescaline or peyote or even if they were at least serious potheads. Lee has never been “experienced,” they said, and I thought I heard Schamus say he hadn’t touched the stuff either. But a journalist friend told me later that Schamus had copped to a little experimentation in the old days. 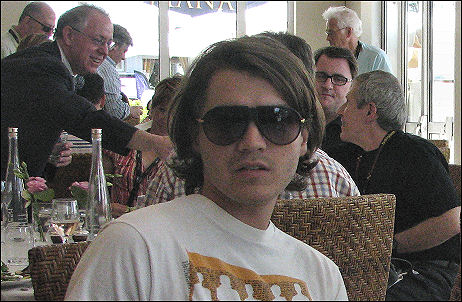