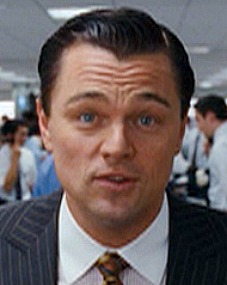 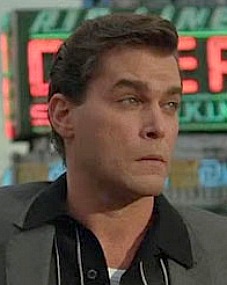 He acknowledges that legendary bad guys have always been swaggering, larger-than-life figures and that Wolf of Wall Street is, of course, a societal indictment that shows the audience who and what Wall Street finaglers really are deep down and the true color of their souls, but it still conveys “the wrong message. Scorsese absolutely shows us what a scumbag this guy is [but] still I was asking myself, why am I watching this? It [felt like] excess for own sake, being celebrated for its own sake. It’s Scorsese at the top of its form, but why this story?”

He basically seemed to be saying that Wolf is a little too circus-like and engrossing in a highly-charged and orgiastic sense, given the subject matter and the vile characters. He suspects that a fair portion of the audience is going to be more entertained than anything else, and that the sober, solemnly meditative aspects may be ignored altogether, particularly by the under-30 crowd.

Isn’t this the same kind of thing that the bluenoses were saying about the criminal characters in the early to mid ’30s gangster films?