I’ve never paid the slightest heed to Michael Curtiz‘s Dr. X (’32), a pre-code horror film that was shot in two-strip Technicolor. It costarred Lionel Atwill, Fay Wray, Lee Tracy and Preston Foster. The pre-code conditions allowed for murder, rape, cannibalism and prostitution to be threaded into the script. A 1932 film with a cannibalism subplot? That in itself prompts…uhm, curiosity

But even if I wanted to pay attention I’d be stopped in my tracks by a lack of availability. As far as I can tell Dr. X is only watchable via an old Warner Home Video twin DVD that also includes The Return of Doctor X, which costarred Humphrey Bogart. (Bogart considered the latter, his only foray into horror, one of his all-time worst.)

I don’t think I’ve ever watched a two-strip Technicolor film ever, and Dr. X seems at least moderately attractive and reasonably well-hued. The trailer indicates an unfortunate adherence to the stiff, theatrical tone of early ’30s films, but you have to take the good with the bad. Somebody should pop out a remastered Bluray. 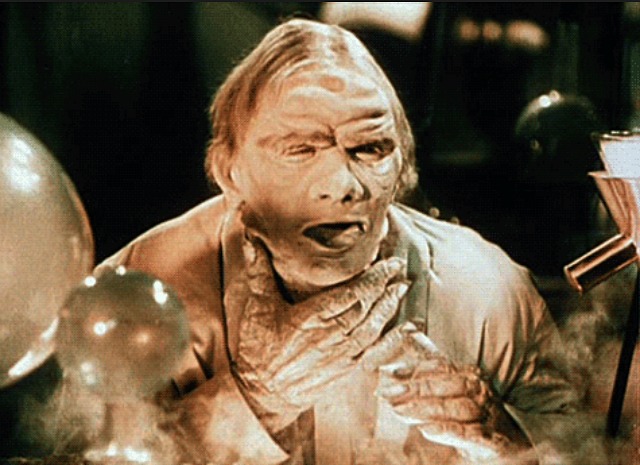 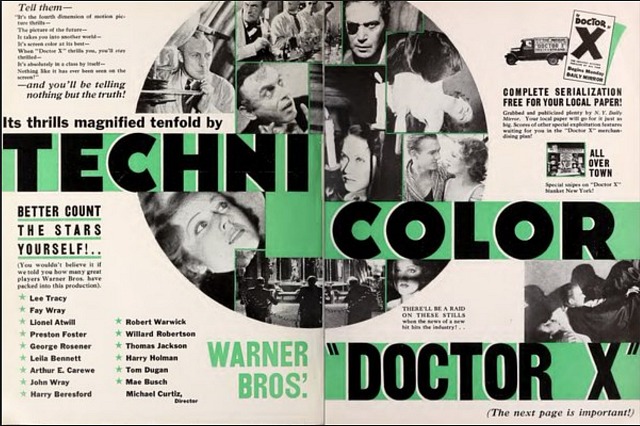 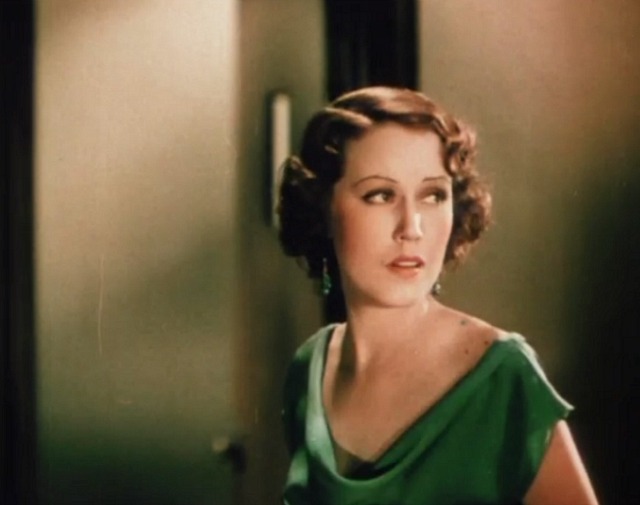