Two milliseconds after my initial glimpse of Pedro Pascal‘s “Maxwell Lord” character in the Wonder Woman 1984 trailer, I flashed on a 30something Donald Trump.

Excerpt #1: “That’s helpful to look at Donald Trump, isn’t it?” Hemming teased. “There is something about the period of Donald Trump and being a businessman, isn’t there, of being rather sleazy a little bit, and a bit goofy [in the] hair and a lot of talk. So that’s why he’s there. Yeah, so that’s it, really.”

Excerpt #2: “Director Patty Jenkins has suggested that Trump served as just one of a number of inspirations for the character. ‘He’s one of them,’ Jenkins told Screen Rant. ‘I mean honestly, the funny thing is he is [an influence], but I’m not trying to make…I don’t want to get political, it’s not about being political.’” 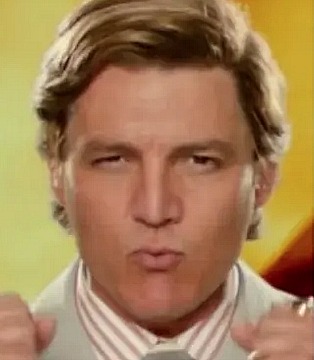 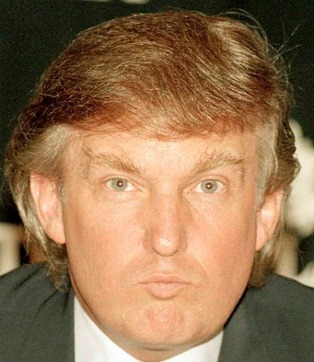 Sidenote: Who or what is the female hyena monster [after the jump]?

I’m still trying to figure how Chris Pine‘s “Steve Trevor” is alive and kicking around. He blew himself up inside a plane (“It has to be me”) in the original. No ambiguity — blown to bits. 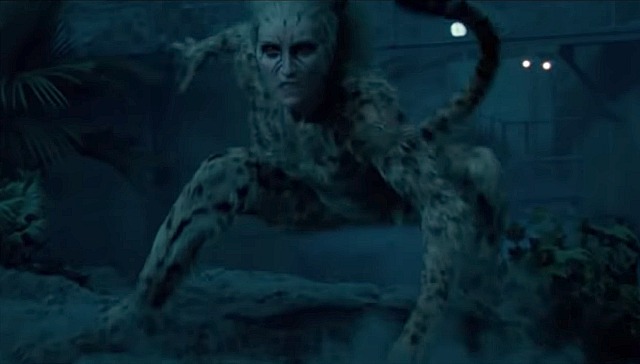 August 22, 2020by Jeffrey Wells16 Comments
« Previous post
Let Me Get This Straight
Next post »
Blink Of An Eye