Christmas is a vibe about caring, giving, compassion for the lessers. The spirit of this holiday may not be a tangible reality until you find yourself giving five bucks to a guy begging for gas money (as I did last night — he was probably a practiced con artist) or your car is stuck in a snowstorm and two guys jump out of their cars to give you a push (which happened to me three nights ago), but when real life comes up short a semblance of this is somewhat evident in this and that film. 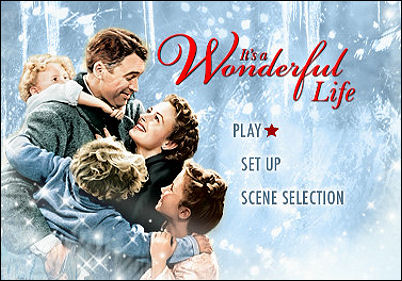 Few films capture this better than John Ford‘s The Grapes of Wrath. Yes, I’m thinking again of that diner scene I wrote about a week ago. Other films with genuine humanitarian compassion: Joseph Losey‘s The Boy with the Green Hair, Todd Browning‘s Freaks, Peter Davis‘s The War at Home.

The only bona fide Christmas film that exudes a portion of this is the 1951 British-made Scrooge (a.k.a., A Christmas Carol) with Alistair Sim.

True Christmas spirit is less evident in the standard holiday classics — It’s a Wonderful Life, Miracle on 34th Street, A Christmas Story, Home Alone — that movie authorities bring up each and every year.

I tried re-watching It’s a Wonderful Life (i.e, the latest restored DVD) a few weeks ago, and found it very hard to stay with. I needed time-outs, pauses, walks around the block. Talk about a film that is chock-full of treacly speed bumps. Is there a more toxic poison than yellowed sentimentality? I hate — hate — the way those bank examiners begin singing “Hark, the Harald Angels Sing” with everyone else at George Bailey’s home at the very end. It is time to shut this movie down and keep it down. 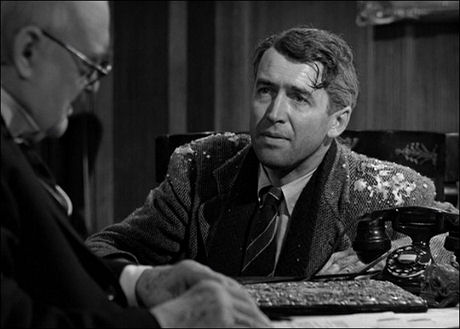 It’s a Wonderful Life‘s popularity is due to its touching central theme, which says that no one with friends is a failure. That’s a true statement if you’re talking about real friends and not just good-time, fair-weather drinking buddies, which are easier to come by. I’ve known many people in my life whose definitions of friendship are on the flexible side. A fair-sized percentage of those who believe that this 1946 Frank Capra film is touched by greatness are, I suspect, among this group.

I’ve always hated Bob Clark‘s A Christmas Story. (Wait…am I allowed to say this?) A Miracle on 34th Street is a passable thing, at least as far as Edmund Gwenn‘s Kris Kringle is concerned. I know that I’ve found it less offensive than It’s a Wonderful Life over the years. I probably need to see it again.

Thanks to George Prager for supplying this glorious SNL piece about the “lost ending” of It’s a Wonderful Life. Perfect…hits the spot.