Martin McDonagh‘s Seven Psychopaths (CBS Flms, 11.2.12), a dark comedy about a screenwriter (Colin Farrell), a dog-napping and a demimonde of wacko pals and associates, came to my attention during Cinemacon. Directed, written and co-produced by the guy who made In Bruges — how can it not be at least pretty good? Particularly with Chris Walken and Sam Rockwell costarring, and with Mickey Rourke having been cast and then quit after clashing with McDonaugh, whom he reportedly called “a jerk-off”? 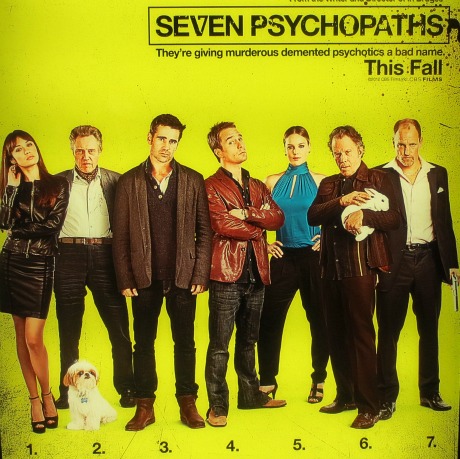 The other cast members are Woody Harrelson (in the role Rourke would have played), Abbie Cornish, Olga Kurylenko, Tom Waits, Kevin Corrigan and Gabourey Sidibe.

May 3, 2012by Jeffrey Wells30 Comments
« Previous post
No-Wifi, Not-Much-Sleep Travel Day
Next post »
“I Love This Country…I Hate It.”