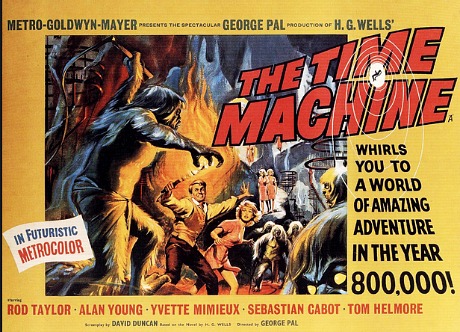 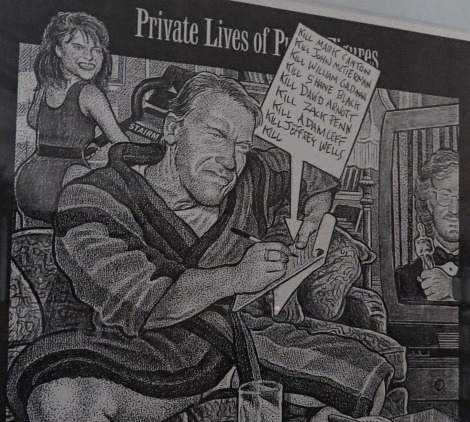 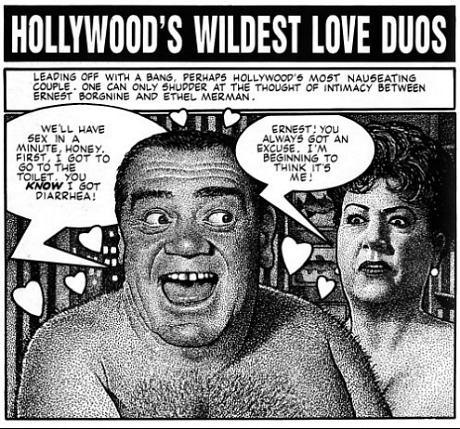 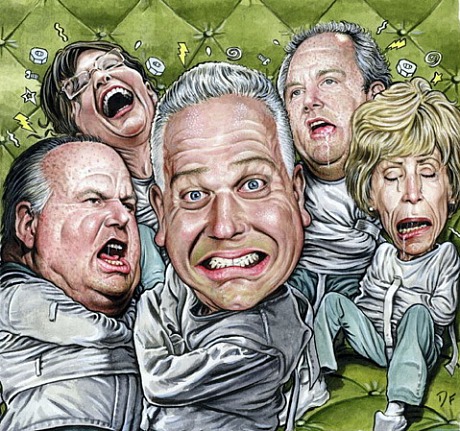 A little suspicion is in order when the Houston-residing Joe Leydon reviews a film set in Texas and/or written by a Texan. You just can’t trust that local-pride factor. Better to consult Hollywood Reporter critic John DeFore, to wit: “Robert Duvall and Bill Witliff return to the Southwest in Emilio Aragon‘s A Night in Old Mexico, where the Lonesome Dove screenwriter and its irascible star follow an aging rancher on an ill-advised trip South of the Border. Formulaic and often hard to swallow, the picture offers little beyond the familiar pleasures of Duvall’s old-coot mode; it has moderate theatrical appeal, but will stand as a blip in its star’s filmography compared to Dove and his other cowpoke outings.” Never forget the immaculate restraint in Duvall’s Tender Mercies performance — one for the ages. 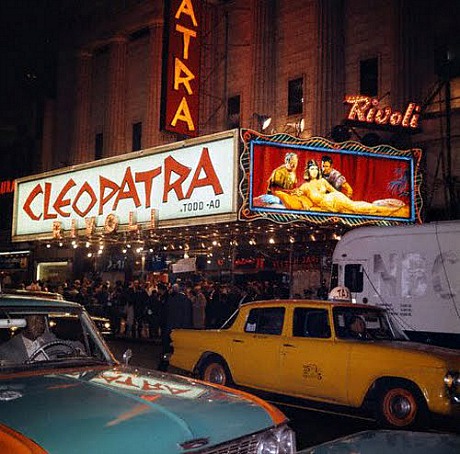 No particular reason to post this summer 1963 snap except that I’m queer for old color Times Square marquee photos. I had never seen a shot of the Cleopatra marquee until today. The Todd-AO process that was used to shoot Cleopatra was a degraded, 24-frame version of the 30-frame process used to shoot Oklahoma! 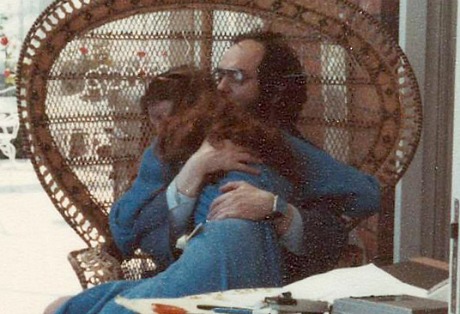 Stanley Kubrick hugging daughter Vivian during filming of The Shining in 1979. Until today I’d never seen a photo of Kubrick being physically affectionate with anyone. Vivian, 18 or 19 at the time of the photo, joined the Church of Scientology sometime around 1999, the year her father died. A resident of Los Angeles, Vivian has been, according to Kubrick’s widow Christiane, largely estranged from the family and uncommunicative for several years. She allegedly attended LACMA’s Stanley Kubrick exhibit more than once and, according to a friend, with some regularity on Tuesdays. (Photo source: theoverlookhotel.com)
March 28, 2014 6:17 pmby Jeffrey Wells
5 Comments
Semple Is Gone

Screenwriter Lorenzo Semple, Jr., a classy, first-rate screenwriter who peaked in the late ’60s and ’70s but is probably best known to 21st Century types for his “Real Geezers” video critiques with Marcia Nasatir, died earlier today. His best screenplays were Pretty Poison (’68), The Marriage of a Young Stockbroker (’71), Papillon (co-penned with Dalton Trumbo, ’73), The Parallax View (co-written by David Giler, ’74), The Drowning Pool (’75) and Three Days of the Condor (with additional flavorings and grace notes by David Rayfiel, ’75). Semple was a sharp, shrewd, blunt-spoken professional — my kind of old guy.

In the 32 years since Warren Beatty won the Best Director Oscar for Reds, he’s directed three films and acted in four — one film every 4.5 years. And if he could have written his life story with any candor or zeal he could have delivered one of the greatest Balzac-ian novels of the 20th Century because he knows (or knew) everyone and has been through and absorbed it all and has a million epic stories under his belt. But that’s water under the bridge. The visually dazzling Dick Tracy (’90) and the politically radical Bulworth (’98) are as audacious and well-crafted as Reds in their own way, and now he’s shooting his long-gestating Howard Hughes flick. Plus he’s acted in a notorious wipeout that eventually became a cult comedy (Ishtar), a riveting, highly intelligent gangster flick (Bugsy), a dud remake that also lost money (Love Affair) and a financially calamitous marital infidelity comedy (Town and Country) that was a lot better than most people remember and has at least one classic scene (i.e., when he’s confronted by Diane Keaton and Goldie Hawn about having cheated and he goes through a whole irate “how dare you even ask such a thing?” rant.). Obviously too little activity, but Beatty has never aimed low (or even at the middle) or taken a straight paycheck gig. He even managed to perplexingly turn down the David Carradine role in Kill Bill.

Over the last 40-plus years Jerry Bruckheimer‘s producing career has gone through four phases. Phase #1 was his solo run from ’72 through ’84 (Thief, Cat People). JB’s successful partnership with Don Simpson (Flashdance to Dangerous Minds), lasting 11 or 12 years, was Phase 2. The five-year-long Phase 3 (from Simpson’s death in January ’96 until Pearl Harbor) was Bruckheimer’s solid-gold period, a time when “produced by Jerry Bruckheimer” meant elite, sharply-written, sirloin-steak guy movies like The Rock, Con Air, Enemy of the State, Armageddon, Remember the Titans, Gone in Sixty Seconds and Black Hawk Down.

It gives me no pleasure to note that Phase 4 (’01 to ’14) has mostly been a “fuck it, go for the corporate family-entertainment money” period. Bruckheimer could man up and return to Phase 3, but it’ll never happen. Jerry knows it, I know it, we all know it. Alan Moore‘s famous remark about how “in our lifetime, we will see Johnny Depp playing Captain Crunch” was obviously a direct comment about the attitude that Bruckheimer adopted in the 21st Century. 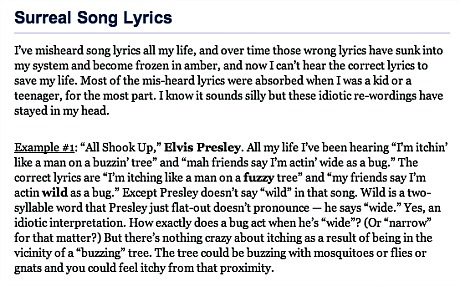