29 Comments
Which Tramp Is More Appealing?

Justin Theroux‘s digitally augmented “Tramp” in the forthcoming live-action Lady and the Tramp (Disney, 11.12) doesn’t seem to have that robust, bright-eyed personality of his animated forebear. It may have something to do with those “dead” CG eyes. 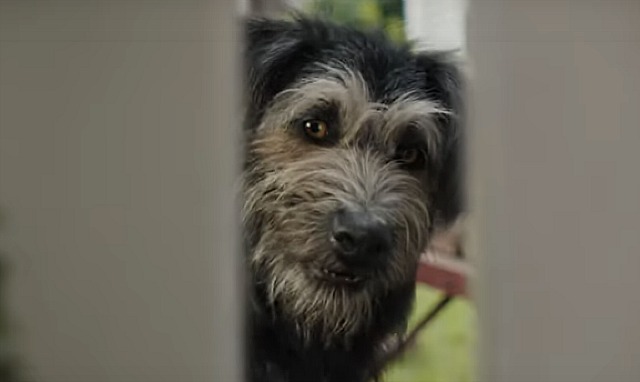 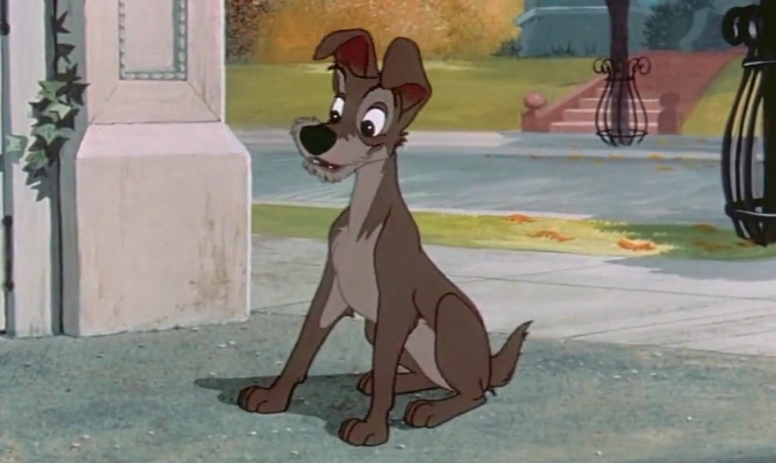 On 11.28.16, or two and three quarter years ago, I noted that then-President Elect Trump was “living on his own fake-news planet, and millions of followers have probably bought into this. Campaign-trail bullshit is one thing, but when has a U.S. President-elect ever insisted upon a straight-faced investment in alternative facts?

“This is what tyrants and dictators do — this is Nero time. Tell me how it’s inappropriate to apply the term ‘insane’ to Trump as this stage. I’m serious.

“What’s the difference between Trump and President Mark Hollenbach in Fletcher Knebel‘s “Night of Camp David,” a 1965 thriller about a first-term Senator, Jim MacVeagh, who comes to believe that Hollenbach has mentally gone around the bend and needs to somehow be relieved of his duties? They seem similar to me.”

Here and now: It struck me today that Trump’s recent behavior and statements indicate a state of mind that is way, way beyond the fruitcake ramblings of President Hollenbach, and yet here we are. And poor Justice Ginsburg has been treated for a malignant tumor on her pancreas. I’m feeling a terrible sense of hovering doom.

Three days ago Paul Schrader, having just caught a theatrical showing of Apocalypse Now: Final Cut, said it’s basically a film at war with itself by trying to be two things at once.

“It’s like vibrating under the spell of juiced-up, pro-war amphetamines while, in the distance, hearing a dour somewhat confused country preacher declaiming war’s evils,” Schrader wrote on Facebook.

A filmmaker friend interpreted this to mean (although Schrader didn’t seem to actually be saying this) that there can be no such thing as an actual “antiwar film” because if your battle footage is depicted with any realism or honesty, it’s impossible not to convey the exhilaration of surviving an armed conflict (alluded to by that famous Winston Churchill quote about “nothing in life [being] so exhilarating as to be shot at without result”), and that this tends to neutralize any intended antiwar import.

Put more simply, if your war film seems to echo or confirm Churchill’s recollection, which is probably all but impossible, you can’t really make an “antiwar film.”

HE to filmmaker friend: “I don’t agree. The exhilaration of combat aspect has been understood since the first accounts of the military campaigns of Alexander The Great (Diodorus Siculus, Quintus Curtius Rufus), and certainly since Plutarch wrote about the adventures of Julis Caesar.

“But these and other accounts through the centuries (including Stanley Kubrick‘s Paths of Glory) have never negated the fact that the nature of war is to slaughter and destroy — to deliver horror and pain and misery en masse…to inflict cruelty without mercy, at least as far as the enemy is concerned. How can any honest depiction of this not be antiwar-ish?”

Schrader also said something that’s very clear and true about Apocalypse Now, which is that “the schizophrenic nature of the film goes back to the script itself. John Milius‘s original script was all bravado and gung ho crazy. Francis has the opposite sensibility. The Ride of the Valkyries, the surfers, the bunnies — that’s Milius. The Michael Herr narration, the plantation exposition, the meditations on evil — that’s Coppola.”

CBC Reporter: “What are the Koch brothers trying to achieve?” Jane Mayer, author of “Dark Money: The Hidden History of the Billionaires Behind the Rise of the Radical Right“: “They are very, very strident libertarians who want to shrink the government, reduce taxes, particularly their own taxes…they’re the biggest producers of toxic waste in America, and they’re also among the bigger polluters in terms of air pollution, water pollution and climate pollution.”

In short, along with his brother Charles, David Koch was the primary sponsor of climate-change doubt in the United States.