I understand and respect the apparent fact that Scarlett Johansson’s Black Widow lawsuit against Disney, which was filed this morning, has merit.

Her filing said that her agreement with Disney’s Marvel Entertainment guaranteed an exclusive theatrical release, and that her salary was based in large part on the box-office performance of the film. So Disney’s decision to stream Black Widow day-and-date with theatrical constituted, she claims, a wanton breach of the agreement.

In essence ScarJo was paid $20 million but she wants more. She feels that Disney screwed her out of a lot of dough, and the alleged screwing basically happened because of Covid.

For sure, other big-name qctors whose big-studio films have been (or will be) opening theatrically and streaming concurrently will be looking to see how ScarJo’s lawsuit turns out.

Disney’s response: “”There is no merit whatsoever to this filing. The lawsuit is especially sad and distressing in its callous disregard for the horrific and prolonged global effects of the COVID-19 pandemic.

“Disney has fully complied with Ms. Johansson’s contract and furthermore, the release of Black Widow on Disney+ with Premier Access has significantly enhanced her ability to earn additional compensation on top of the $20M she has received to date.”

That said, I should probably confess that my interest in financial conflict stories (i.e., “You owe me more money”) is limited. 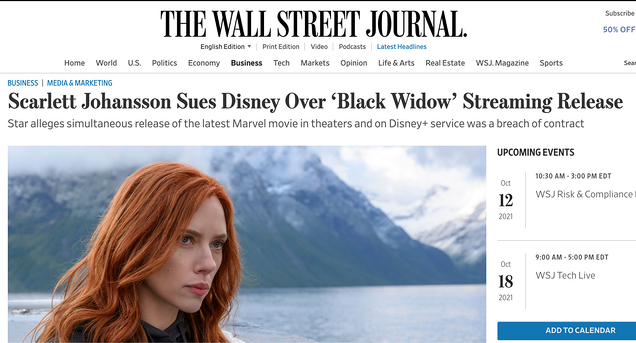 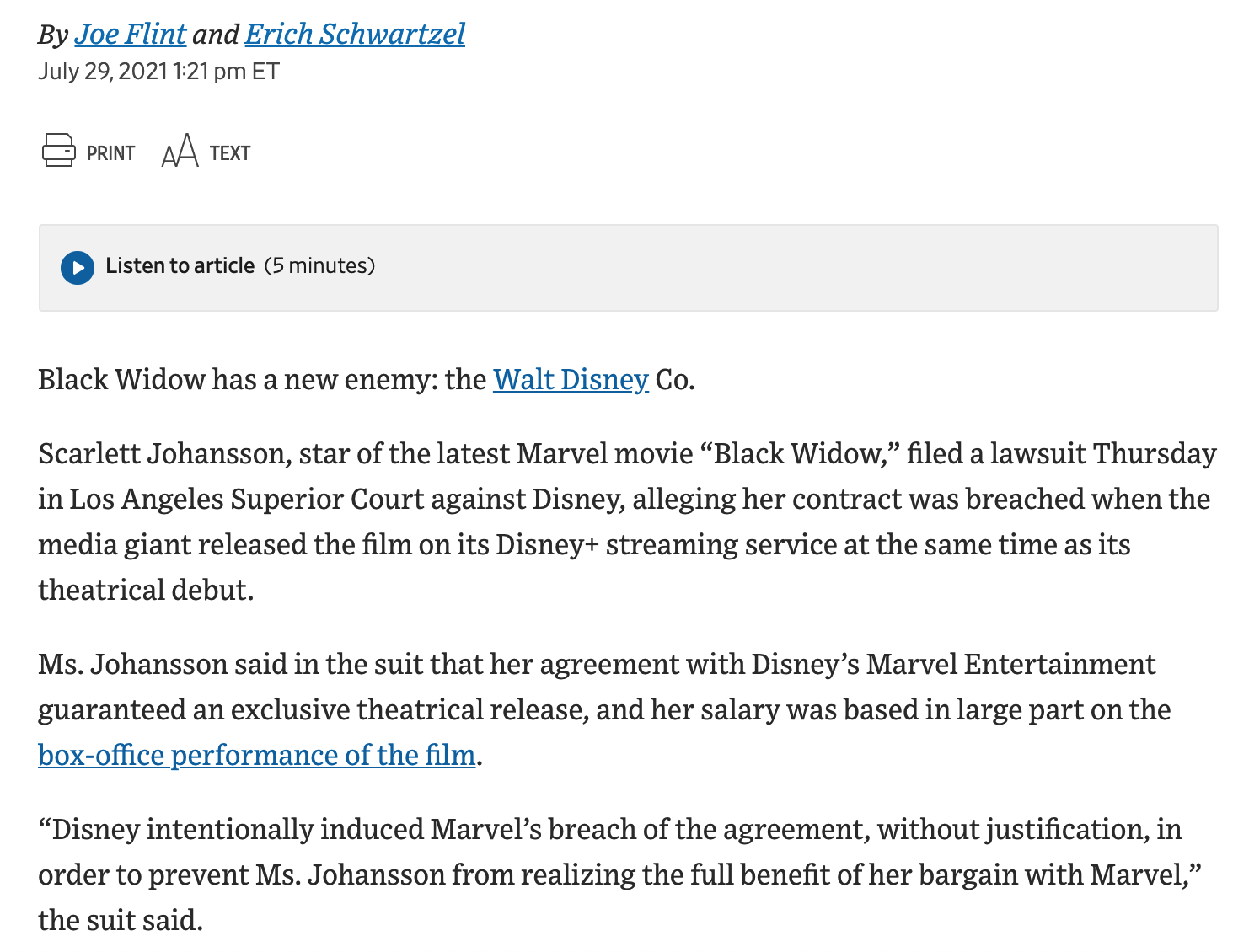 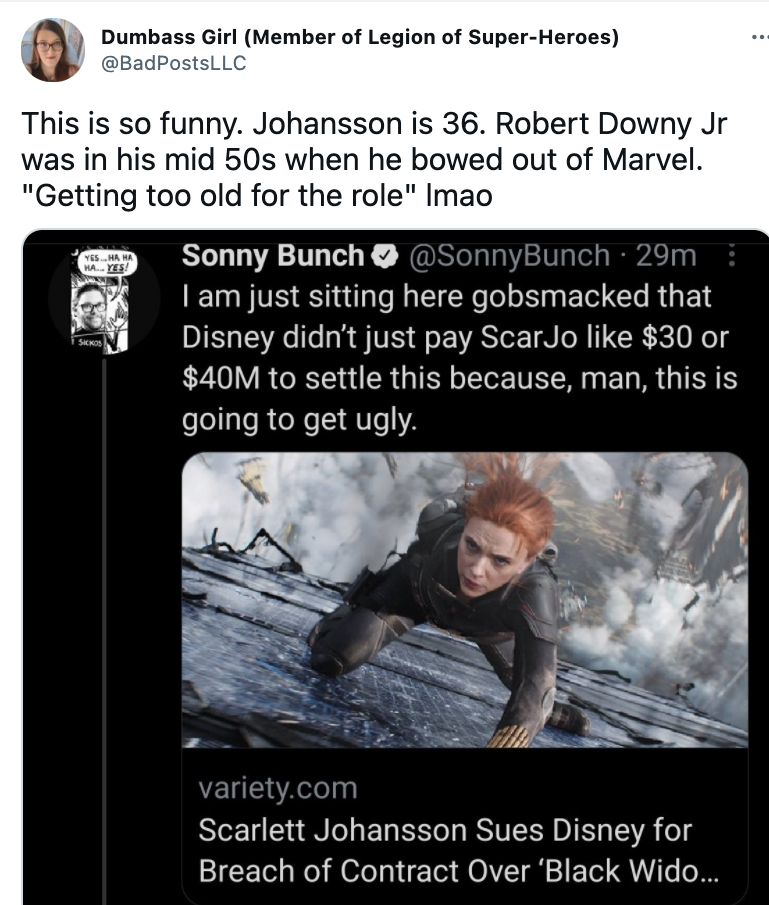 July 29, 2021by Jeffrey Wells68 Comments
« Previous post
To Those Who Approve of “Jungle Cruise”
Next post »
Attention Hog