We’re just about at the ’06 halfway mark, and it’s time for a basic sum-up.
By this site’s yardstick there have been 10 A-listers, 15 honorable B-listers, and 9 half-decents. A total of 34 films — a bit more than one per week since the year began — that were either excellent or very good or respectable, or at the very least mildly pleasing. 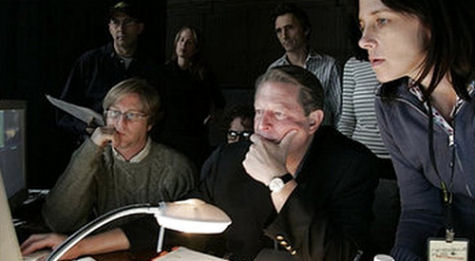 My choice for the best film of the year so far, no question, is Paul Greengrass’s United 93 — a film that many, many people still don’t want to see, but is truly a pulse-pounder for the ages, in part because it’s so stunningly well-made, but mainly because the extraordinary craft manifests in all kinds of haunting ways.
Composed of a thousand details and a thousand echoes, United 93 is a film about revisiting, recapturing, reanimating…about death, loss and a portrait of heroism that, for me, was too much to absorb in a single viewing. I’ve seen it five times, and I can’t wait to watch and re-watch the DVD.
< ?php include ('/home/hollyw9/public_html/wired'); ?>
The first runner-up is Eugene Jarecki’s Why We Fight. It’s not the first doc to ask and explore why so many people around the world despise the U.S. of A., but it’s surely one of the most precise and persuasive. By delivering a cleanly composed, ultra-perceptive explanation of how the American military-industrial complex runs the whole foreign policy show, from the leanings of the U.S. President to the Congress and right on down the food chain, it burns right through to the nub.
The third best so far is Bryan Singer’s Superman Returns, a revisiting that feels freshly felt as well as a heart movie with a personal stamp that just happened to cost $260 million (or whatever the actual figure is) to compose. It’s a deeply satisfying upgrade, a reverent nostalgia piece, an above-average chick flick, a sumptous and harmonious piece of work and, frequently enough, a solid action thriller. 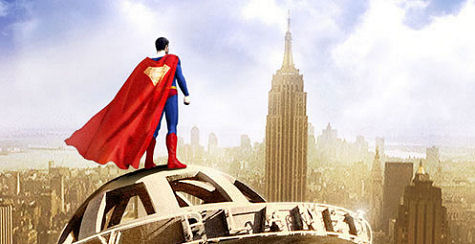 Fourth on the list is Sydney Pollack’s Sketches of Frank Gehry — a stirring, hugely likable portrait of the most daring and exciting architect of our time. I wrote this during the Toronto Film Festival, and nine months later I feel the same way: “Corny as this sounds, Sketches left me with a more vivid feeling of celebration and with more reasons to feel enthused and excited about life than anything I’ve seen [in a long while].”
Fifth in line is Davis Guggenheim and Al Gore’s An Inconvenient Truth, and yes, I’m applying special criteria here. It’s among the five best not just because it’s a movie that stirs and sinks into your soul (if you don’t feel this movie there’s some- thing seriously detached inside), but because it’s flat-out the most important flick of the year.
I’m listing it among the top five, in short, because more people need to see it because the sell is far from complete, especially with so many skeptics and corporate doubt-spreaders spinning against it as we speak.
I’m just going to list the ’06 films that have popped through over the last two or three hours. I’ve only listed 28 films on top of the 34 in the first three categories. I’m sure I’ve forgotten a gem or two, and I’ve probably overlooked some half-worthies. 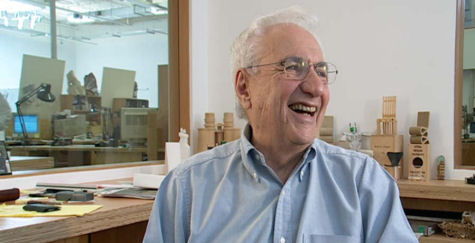 Scoldings and admonishings are, of course, necessary and welcome.

TEN BEST SO FAR: United 93, Why We Fight, Superman Returns, Sketches of Frank Gehry, An Inconvenient Truth, Tsotsi, Find Me Guilty (a triumphant return to form for director Sidney Lumet), V for Vendetta, The Three Burials of Melquiades Estrada, Bob Dylan: No Direction Home (the best Martin Scorsese film since Goodfellas).
GOOD, STURDY, HONORABLE (15, in no particular order): Neil Young: Heart of Gold, Inside Man, Running Scared, The Devil Wears Prada, Leonard Cohen: I’m Your Man, The Break-Up, Favela Rising, Mission Impossible 3, Ask the Dust, Akeelah and the Bee, Bubble, Thank You for Smoking, Our Brand is Crisis, Sophie Scholl — The Final Days, Mozart and the Whale.
OKAY, PASSABLE, TOLERABLE (9, in no particular order): Down in the Valley, Nacho Libre, The Omen, Poseidon, Glory Road, Firewall, Imagine Me & You, Kinky Boots, Free Zone.
UNDERWHELMING (8): X-Men: The Last Stand, Tristram Shandy: A Cock and Bull Story, 16 Blocks, The Notorious Bettie Page, Lonesome Jim, Cars, Friends with Money, Lucky Number Slevin.
DIMINISHES A BIT MORE EVERY TIME I THINK ABOUT IT (1): The Road to Guantanamo. 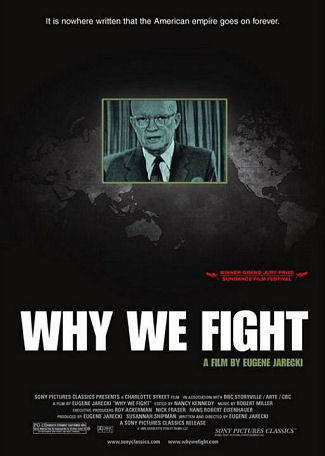 “Earlier versions of Superman stressed the hero’s humanity: his attachment to his Earth parents, his country-boy clumsiness around Lois,” writes Time‘s Richard Corliss. But Bryan Singer’s Superman Returns “emphasizes his divinity. He is not a super man; he is a god (named Kal-El), sent by his heavenly father (Jor-El) to protect Earth. That is a mission that takes more than muscles ; it requires sacrifice, perhaps of his own life. So he is no simple comic-book hunk. He is Earth’s savior: Jesus Christ Superman .”

Romantic movies with happy blue-sky endings don’t resonate. The ones that sink into people’s souls are about love lost at such a cost. That’s the enduring thing, the special alchemy. If, say, J. Edgar Hoover and Clyde Tolson had been forced apart by fate, you’d have a movie. But they were close and pretty much inseparable their entire lives…flatline. 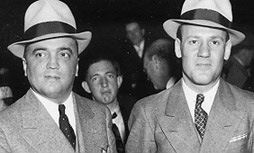 You’d think that somewhere in Borys Kit‘s Hollywood Reporter story somebody would have mentioned this, and perhaps commented on what I suspect is a reluctance to buy into the sad-is-better idea on the part of producers and female moviegoers. Everybody wants love and happiness and white-picket fences, but movies that grab you and pay off are never finally about characters fulfilled.

The Spokesman-Review‘s Frank Sennett writes about formerly print-influenced news and opinion sites — this one included — morphing into blog streams.

See it in IMAX…that’s the all of it. The last feature shown in IMAX that really played with legs was Robert Zemeckis and Tom Hanks’ The Polar Express.

As things stand now (at 8:58 am), my luggage is in Los Angeles and I’m still in Seattle, at a Days Inn near the airport. I missed my flight back to LA last night, and it was definitely Alaska Airline’s fault. When I got to the check-in counter around 6:55 pm both the check-in computer and the Alaska Airlines rep said the flight would be delayed until 9:30 pm, and that boarding would happen around 9 pm. No prob…I went to the gate area, hooked up my computer in a cafe and did some work. Two hours later I went over to the departure gate at 9 pm…empty. Checked with an Alaska rep — “Oh, that flight left at 8:40 pm.” They have me on a flight leaving this morning at 11:30.

No Comments
Denby vs, Guantanamo

New Yorker critic David Denby on some of the curious and/or incomplete aspects of The Road to Guantanamo.

Deborah Scranton‘s The War Tapes (SenArt) is an Iraq War documentary composed of footage shot by National Guard guys doing their service. Here’s a description of a “deft little turn” in the film in David Carr‘s 6.19 N.Y. Times column, to wit: “Specialist Mike Moriarty is filming his squad leader, Staff Sgt. Kevin Shangraw, as they bounce along in a Humvee. He asks his leader for his take on the broader mission, and Sergeant Shangraw comes straight off the dome with a government-issue rationale. ‘Well, I think it’s a fantastic opportunity for the Iraqis to establish a new history in the country and be able to be a free and democratic society, which in turn should stabilize the whole Middle East and create a freer and more stable earth as we know it.’ Then Moriarty, unseen, asks, ‘Tell me how you really feel.’ Shangraw waits a beat as the bleak landscape flies by in the window before answering. ‘Then, after that happens, maybe we can buy everybody in the world a puppy.'”