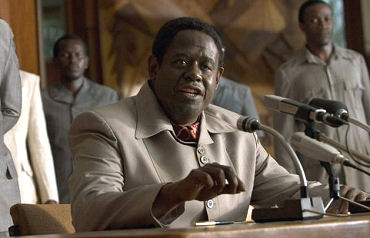 Former literary agent Victoria Wisdom has her first production deal — a psychological thriller starring Hilary Swank called Labyrinth — on the front page of Variety via Michael Fleming. A story of a mental patient “with multiple personalities who holds clues to the whereabouts of a serial killer”, Labryinth is an American remake of director-writer Rene Manzor‘s Dedales , a French- produced flick that the IMDB says came out in 2003. 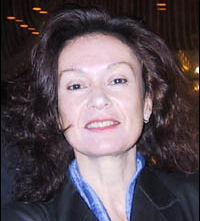 Dedales played at Roger Durling‘s Santa Barbara Film Festival two or three years ago, during which Wisdom met and signed Manzor and yaddah-yaddah. Russell Gewirtz (Inside Man) will write the Labyrinth script. Maverick Films’ Swank, Wisdom and Rachel Rothman are producing along with Summit Entertainment’s Erik Feig and Patrick Wachsberger.

The only thing wrong with the deal to finally make a film of F. Scott Fitzgerald‘s “The Curious Case of Benjamin Button” — Brad Pitt and Cate Blanchett costarring under directed David Fincher, from an adaptation by Eric Roth — is that totally twee title. It makes the film sound like a pain-in-the-ass 1953 Danny Kaye movie that’s overly taken with its own whimsy. Just forget about paying proper homage to Fitzgerald’s short story, change the title and Benjamin Button name and they’ll be fine. If they don’t do this, guys like me are probably going to start looking around for reasons to dislike it. Because nobody wants to hang for two hours with a guy Benjamin friggin’ Button. Or Tweedle or Muffindale or Merkin or any other dorky-sounding name of that type. In Fitzgerald’s story Button is a guy who begins aging backwards when he hits 50, and then complications ensue when he falls in love with a woman of 30. What’s there to complicate? You’re older and you start getting younger and you fall in love with a 30 year-old…big deal. The pic will start shooting toward the end of the year.

“For [chairman Brad] Grey, anxious to put his own stamp on Paramount and to deliver on his promise to quickly redefine the once-cautious studio as a bold, filmmaker-driven place, World Trade Center was the perfect fast-track project. It came prepackaged with a script, director, star and budget, and gave Paramount a prestige movie for the summer of 2006.” — Claudia Eller on how World Trade Center came together, largely due to the tenacity of producer Debra Hill, who died last year from cancer at age 54. (A sad break. I first met Hill during a Manhattan press gathering for Escape From New York in 1979, and the last time was three or four years ago at one of Jonathan Kaufer‘s DVD parties. A tough pro and a good person. Too bad she didn’t make it this far.)

We’re shocked, shocked, that Paramount hired a rightward-leaning p.r. agency called Creative Response Concepts to promote World Trade Center to various right-wing lobbyists, think tanks and patriot groups. Expediency sure makes curious bedfellows, doesn’t it? If World Trade Center is warming the hearts of righties and Bushies and Iraq War supporters, fine. It’s a good film (okay, a little weak during the second act but it rebounds) without any big abrasion points for liberals, so why not? In a way, the absence of political content in World Trade Center makes for a kind of political content…which is probably what the righties are picking up on. But it’s fine. I mean, unless I’m missing something.

“For the record, the crew of Miami Vice worked during a hurricane warning. And that’s no bullshit.” — Kim Masters in her second Slate piece about Vice and Michael Mann. Okay, okay…maybe Kim’s got it right here. But “safety”, of course, is an overvalued thing. And relative lack of safety has its upsides. It keys you up, makes you pay closer attention, accelerates your pulse and cleans the blood. And if you’re working in rough weather…well, wear a raincoat and galoshes and something to protect your head with. Life is short, amigo, and very few people on this planet have known true commitment, true work-joy….the joy of performing well under great stress as the waters turn choppy and palm fronds are being tossed about by stiff winds. What is “safety” compared to that? If you need to debate this, you don’t get it. You’ll never get it.

Snakes on a Plane doesn’t open for another three and a half weeks so take this was a grain, but however well it’s going to perform, there’s going to be a signficant group — over-40s who don’t go online much, I’m guessing — that’s going to avoid it like the plague. This doesn’t mean it’s not going to do very well with the people who want to see it. But it’s a film that folks are either hot or cold on. Not a lot of middle grounders. That’s all I’m saying.

When someone takes something from you it feels like a kind of rape. Like some kind of home invasion. I’m feeling that now because my $450 bicycle — a really nice one, my pride and joy — was stolen last night. It was locked to a sign pole in front of the Clarity Screening Room building at 100 Crescent Drive, where I went for my second viewing of Alejandro Gonzalez Innaritu’s Babel and a small after-party. 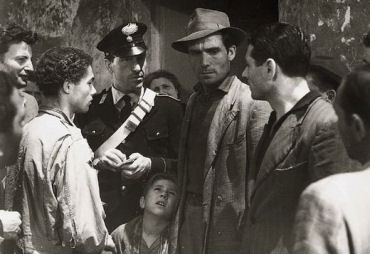 I knew it was gone and filing a theft report was probably a waste of time all around, but I called the Beverly Hills Police three times anyway between 11 and 11:45 pm. They never managed to send a car over. I finally took a cab home. Stuff like this puts you in a foul and bitter mood. I feel like joining a support group for people who’ve gone through similar traumas. Maybe the guy who stole it will meet with appropriate payback some day. I wish I could go to Don Corleone for justice.
It was a dark green racing bike with slightly thicker tires and a really nice squishy seat, and a little strobe light on the front bars and a rear-facing red-blinker light , and dual collapsable baskets for putting groceries into. And it had one of those great compressed-air horns on the front bars — a horn so loud that it would make SUV-drivers stop cold.
I loved seeing Babel again. I’m more convinced than ever that it’s going to do well with paying audiences over 25 or 30 because it’s about parenting and children, and who outside of childless singles doesn’t have strong feelings about that? Memories and worries and regrets to dip into? It sank in emotionally a little deeper because I saw it at home in a more settled frame of mind, and not in one of those cranked-up states that I’m always in during the Cannes Film Festival.

The trailer for Brian De Palma ‘s The Black Dahlia in Windows Media and QuickTime. There’s no official website, which is odd for a film opening in seven weeks time (i.e., 9.15).

Among the highlightsof the just-announced 63rd Venice Film Festival (August 30 th September 9): Darren Aronofsky’s The Fountain (which I favorably riffed about after seeing it during Comic-Con), with Hugh Jackman and Rachel Weisz; Allen Coulter‘s Hollywoodland) with Adrien Brody, Ben Affleck, Diane Lane and Bob Hoskins; Alfonso Cuaron‘s Children of Men (which has been seen by Babel director Alejandro Gonzales Innaritu and “on a shot-by-shot basis [is] beautifully filmed and superbly composed, like Kubrick”, as he told me last night). 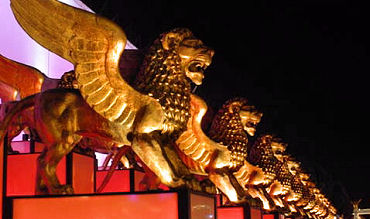 Plus Brian DePalma‘s The Black Dahlia; Stephen Frears‘ The Queen with Helen Mirren, James Cromwell and Michael Sheen; Emilio Estevez’s Bobby, which will probably never be as intriguing as the stories about the making and financing of this film, which costars Demi Moore, Sharon Stone, Anthony Hopkins, Laurence Fishburne and Lindsay Lohan; Alain Resnais‘ Private Fears in Public Places and Benoit Jacquot‘s L’intouchable . The two big docs are David Leaf and John Scheinfeld‘s The U.S. vs. John Lennon and Spike Lee‘s When the Leeves Broke: A Requiem Iin Four Acts, which runs for 240 minutes.

Congratulations to Gunner Palace helmer Michael Tucker for The Prisoner, Or: How I Planned to Kill Tony Blair (Germany/USA), his doc (made with partner Petra Epperlein) about an Iraqi cameraman’s wrongful arrest and interrogation by American forces, being accepted as one of the docs playing at the Toronto Film Festival.

Congrats also to Danish director Asger Leth and producers Cary Woods and George Hickenlooper for their doc, Ghosts of Cite Soleil, getting into Toronto also. I wrote about Ghosts after catching it last March. It’s about two pistol-packing Haitian brothers who ran slum gangs during the final months of Jean Bertrand Aristide‘s presidency, and how things got worse for them after Aristide was deposed. 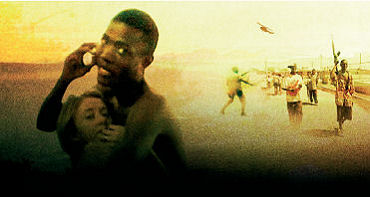 After seeing it, I wrote that “I now see Haiti as less of a Ground Zero for abstract political terror and more of a place where people on the bottom rung are trying to live and breathe and create their own kind of life-force energy as a way of waving away the constant hoverings of doom. In short, this excellent 88-minute film adds recognizable humanity to a culture that has seemed more lacking in hope and human decency than any other on earth.”