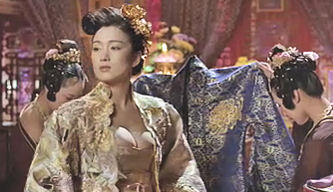 Nikke Finke paints the South African diamond industry with an appropriately dark brush in her latest L.A. Weekly column, called “Throwing Precious Stones”:
“All along, the real question behind the scenes of Blood Diamond — an action-adventure pic set against the backdrop of civil war and chaos in the diamond-mining center of 1990s Sierra Leone, starring Leo DiCaprio, Jennifer Connelly and Djimon Hounsou, directed by Ed Zwick and produced by Paula Weinstein — is not whether it will be an Oscar contender (probably) or a critics’ favorite (possibly). It’s just how much mud the World Diamond Council and its flacks and flunkies and friends are planning to throw at the well-intentioned film and its too-liberal-for-the-room credits.
“Now the answer is clear: a lot, more than enough to dirty its awards chances. It’s rare in Hollywood, home to most things horrible, to have good vs. evil play out offscreen as well as on. (As opposed to seeing this as a level playing field where the really rich are ganging up on the really rich, so, in on sense, they deserve each other.) Yet here, the tactic of choice, already evidenced, is to smear the film’s production by accusing everyone involved of exploiting the Africans in much the same execrable way the diamond industry has done for decades.”

As Wired‘s Steve Silberman begins in a Darren Aronofsky profile, “Perhaps the most surprising thing about The Fountain (Warner Bros., 11.22) is that the director was able to finish it at all.” Due in no small part, as he gradually explains, to the abrupt withdrawl of Brad Pitt from the Hugh Jackman role in a much more costly and elaborate version of The Fountain than the one coming out three weeks from now. 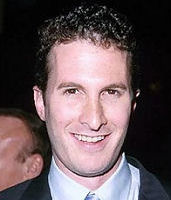 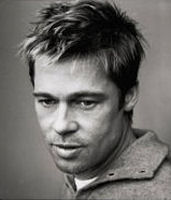 And yet the scaled-down, present-tense version has a kind of purity, a spirit…a feeling that transcends scale, stars, special effects and all the other trimmings.
“Just before the scheduled start of shooting in 2002, Pitt abruptly bailed,” Silber- man begins. “Costar Cate Blanchett left shortly thereafter. At various points in the production, Aronofsky’s backers pulled out, studio executives questioned his sanity, and the script went through a radical reincarnation. The Fountain — an allegory about the promise of eternal life — died several ugly deaths on its way to the screen.
Like all grandiose dream projects, The Fountain had an exciting beginning. “[Aronofsky] sent an early copy of the script to Pitt, who was already an Aronofsky fan. Fifty pages into the script, the actor phoned Aronofsky in tears; the director told him to finish and call back. In June 2001, the press announced that Warner Bros. had ‘fast-tracked’ Aronofsky’s new film, with Pitt and Blanchett as the A-list leads.
“The budget for Aronofsky’s Requiem for a Dream had been a paltry $5 million. Backed by Warner Bros. and Village Roadshow Pictures — the company that financed The Matrix — The Fountain was budgeted at $70 million. Elaborate sets, including a pyramid 10 stories high, were mounted on the Gold Coast of Australia. A huge crew was assembled there, and the former indie filmmaker suddenly found himself choreographing epic battle scenes and massive f/x sequences. As the director schemed to fly in hundreds of Guatemalan warriors to fight Pitt, the film’s bottom line was stretched to the breaking point.”
But eventually Pitt “began demanding extensive script revisions during conferences at his house in the Hollywood hills. The studio was asking for its own rewrites as well. In mid-2002, after endless script wrangling, Village Roadshow announced that it was withdrawing its support. Everyone on the project was immediately laid off. Weeks passed. Eventually another production house, New Regency, stepped in, and set construction recommenced down under.
“Then, just seven weeks before the first day of shooting, Pitt called Aronofsky and told him he was pulling out. ‘After working together for two and a half years, Brad lost trust in me and faith in the project,’ Aronofsky admits. ‘He told me he felt like he was breaking up with a girl.'”

“The consensus in the community is that what [Viacom chief Sumner Redstone] did to Tom Cruise, and to [Tom] Freston, was outrageous…you know, just to prove he’s still alive.” — Legendary agent Sue Mengers speaking to Deadline Hollywood Daily‘s Nikki Finke.

If there’s one thing the world really needs now, it’s a pumped-up Wachowski brothers feature based on a 1960s-era Japanese anime TV series. Is there a subtext to Speed Racer that I’m missing or overlooking? Someone besides producer Joel Silver is presumably into the idea of the Wachowski’s doing a family-friendly, PG-13 fast-car movie. To me, the nothingness of the concept is close to astounding. The boys will reportedly shoot next summer and release it in ’08.

Her performance is stunningly balls-out, but the chances of Annette Bening winning a Best Actress Oscar for her Running With Scissors performance are zilch…sorry. There’s such a thing as being too convincing as a wackjobber, and if the movie is tanking on top of that…forget it.
Of course, if you’re a Reuters writer trying to convey the same thing in a Bening interview piece, you have to go all namby-pamby and use the word “may”, in the same chickenshit way that the N.Y. Times relies on its stock phrase “remains to be seen.” Bening’s “losing record at the Oscars epitomizes an old saying — always the bridesmaid, never the bride,” the article begins, “and a big question this season is whether she may suffer the same fate again.”

The bottom-line on Brad Pitt‘s knickers allegedly being in a twist about his being on the new Vanity Fair cover without prior approval (per TMZ) is that the magazine was well within its rights. Reps for the Conde Nast publication have told TMZ that Pitt “posed for a Robert Wilson video portrait, and in the photo release (signed by Pitt), agreed to allow Wilson to use the portrait or any images from that sitting in connection with any publicity on Wilson’s video project.” 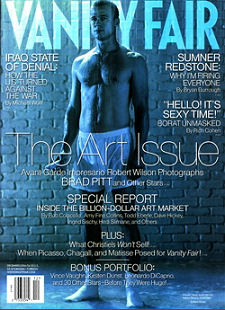 Vanity Fair thereafter “decided to do a story on Wilson’s video portraits and obtained rights to the entire collection of photographs from those sittings, which included Pitt’s.” Mag reps also state that “in a letter dated 10.5.06, and sent to Pitt care of Brillstein-Grey [Pitt’s managers], Wilson informed Pitt that a still image from his portrait was going to be featured in the December art issue of Vanity Fair.” A source told TMZ that Pitt “never saw the letter” — isn’t that in the same ballpark as “the dog ate my homework”?

“Barack Obama — delivered feet-first on Oprah’s couch and tickled on Meet the Press and then highly buffed by New Yorker editor David Remnick before the magazine editors of America — has enjoyed the best-orchestrated product reveal since the iPod,” begins a New York Observer piece by Choire Sicha and John Koblin.
“Now Mr. Obama is the only author with two books among the top 50 sellers on Amazon.com. Two weeks after the release of The Audacity of Hope, it is in its sixth printing, with 725,000 books in print. America can’t tell the difference between the book and the candidate. That may be because the book itself is the perfect campaign speech, and is one of the reasons why everyone keeps talking about Mr. Obama and ’08.
The phenomenon is deftly iportrayed in this here-comes-Obama piece, by the Toronto Star’s Tom Harper.
“Primaries are 13 1/2 and 14 months away, and there are full teams in New Hampshire and Iowa already,” says pollster John Zogby. “And Hillary, who is a household word, and Kerry and Edwards and Gore, who have run before — this is the time to get the word out, and this is the trial balloon.”
“The Obamamania trial balloon has gotten oohs and ahs from wonks and dreamers alike. But, with so many donors locked down by Hillary Clinton, and with a few hopelessly devoted to various non-celebrity candidates, is there affection — and wallet — enough for Mr. Obama to raise real money for a campaign? Why, yes! Yes, there is. Sort of.”

Those recently surfaced, possibly accurate details about Ryan Phillippe‘s bustup with Reese Witherspoon — alleged catting around with Abbie Cornish (his costar on Kimberly Peirce‘s Stop Loss), leaving e-mail evidence of same on his Black- berry — are being mentioned out of boredom, yes, but also to illustrate two behav- ioral truths: (1) people who get caught cheating are almost always subconsciously looking to get out of whatever committed relationship they’re in; and (2) married couples split up for two reasons and two reasons only — one or the other fucking around and money problems. All the other issues (including spousal abuse, alco- holism, gambling, etc.) are fixable. But not money — either you’re a winner and a conqueror or you’re not — and not dicking around, which most women will abso- lutely not forgive.

New York critic David Edelstein has parked his Lexus in the same Borat garage as New Yorker critic Anthony Lane. He’s confessed that he finally found Sacha Baron Cohen’s comedy “depressing,” and summoned impressions of “a bear-baiting or pigsticking.
“The comic imagination flowers on the dark-and-twisted end of the spectrum; in return for making you laugh, the artist has license to express rude truths in the rudest manner he or she can imagine. Most clowns have a wide streak of sadism, but it’s tempting to think of Cohen as a sadist with a wide streak of clownishness.” The comic servings in Borat, Edelstein feels, amount to “a cry of pain.
“The squirm-und-drang genre has its forebears, among them Albert Brooks, but I would guess that it has caught on now because it’s grounded in a documentary (or mockumentary) aesthetic. The Sultan of Squirm is surely Cohen, a sublime caricaturist whose hairbreadth timing can make you gasp [with his] righteously malicious agenda.
“To understand what Baron Cohen’s Borat is up to in part, it helps to consider the most notorious scenes in Claude Lanzmann‘s nine-and-a-half-hour Holocaust documentary, Shoah, in which the director trains his camera on Polish peasants who lived near the Nazis’ most lethal concentration camps while they were in full swing. Under Lanzmann’s probing, these old men and women — some of them residing on property seized from the Jews — murmur that yes, it was a terrible thing, the exterminations. Just terrible. But of course, the Jews did bring it on themselves, didn’t they?”
Exactly! This is precisely why I feel Borat is so brilliant, and in part why I didn’t laugh as much as others sitting next to me; I just sat there, open-mouthed. Cohen has taken the concept of the quiet ghastly realization in a documentary (like the one in Shoah) and flipped it over into reflective-absurdist comedy. 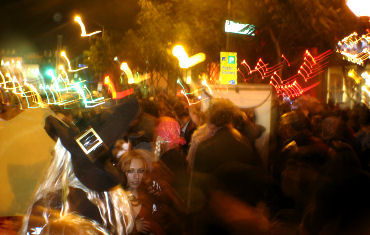