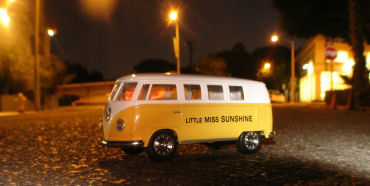 The Bagger blog — Oscar season riffs from N.Y. Times pulse-taker David Carr — is up and running. Here’s the first video piece, which is mostly about recaps, the usual aroma-funk of Times Square, and a little red carpet that Carr rolls up and carries around.

We all know that Ridley Scott‘s A Good Year (20th Century Fox, 11.10) is facing an uphill situation. I don’t know what’s wrong but something’s not taking. The tracking says so, and I can feel it when I talk to people about it. I think this is mostly about vague perception and skewed expectations, and almost nothing to do with what the film actually is.
Is it the Russell Crowe factor? I wouldn’t like to think so. He slips into an appealing groove as a London-based master-of the-universe who learns to lighten up after he inherits the deed to a French vineyard, and I don’t see why critics are saying he’s not suited for it. He’s been a trooper on the sit-down circuit, talking with Today‘s Meredith Viera and 60 Minutes‘ Steve Kroft and plugging it all he can.
As a nicely spirited mood piece that isn’t trying to be a “comedy,” A Good Year plays successfully on its own terms, which is a lot more than you can say for Stranger Than Fiction. The die is cast, the cards are dealt and people are going to see what they want to see. I just know this film gets a fairly good groove going, and that it’s easygoing escapism for adults. This is the last I’ll speak of it. It’s just too damn bad. 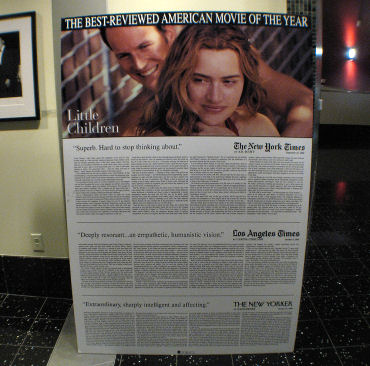 “I’ve seen Casino Royale, and I don’t want to get into the trip of breaking the embargo to slap down another critic, but let me say this: that French guy is completely wrong about the movie. See it for yourself and tell me I’m wrong.” — Big-gun critic based in a very cool northern city.

And the Jesse James plot thickens: yesterday I linked to a Kevin Williamson interview in the Calgary Sun with Tony Scott, who’s the executive producer of The Assassination of Jesse James by the Coward Robert Ford. Scott said to Williamson that the film, directed by Andrew Dominik with Brad Pitt playing the famed Missouri outlaw, would be out in February ’07.
Now I’m hearing forget February. In fact, forget any specific date. Limbo!
Before posting I called a Warner Bros. p.r. rep yesterday for a precise date — she didn’t get back until this afternoon, and she told me Scott is “absolutely wrong…I don’t know where he got that…the film is not coming out in Feburary…nobody’s seen it and we don’t have a date.” She couldn’t even suggest a season; nor could Scott (I called his office and was blown off) or producer Jules Daly (ditto).
Scott told Williamson that “we have to be careful how we market [Jesse James] because it’s like a Terrence Malick film. But it’s really good and Brad’s terrific in it — he just gets better with age.” Throw in WB’s release-date quandary and the implication is that Jesse James is perhaps a little too Terrence Malicky — too pastoral and picturesque, too much meditative muttering…something?
This was a movie that was going to come out last September — now the studio won’t even say what season it’ll open in. That’s a problem. The only time to open an offbeat western that’s making everyone a little nervous (a film, say, in the vein of All The Pretty Horses?) is (a) in either February-March or early April, (b) the dumping ground of August or (c) October-November (i.e., if it’s any good). If it’s the latter, The Assassination of Jesse James will become, in a sense, the All The Kings Men of the fall ’07 season.

10 Comments
King Aella and the wolves

There are very few adults in the big bad business world who don’t swear by the Don Corleone maxim, “Keep your friends close but your enemies closer.” Whatever your game is or what side of the fence you’re on, dealing with people who understand how things really work is usually a very smooth experience. Unfortunately, there are those who don’t get Don Corleone and instead are into a kind of iron-cannon, thick-walled, defend-the-English-castle mentality. They basically strategize the way Frank Thring‘s King Aella did in Richard Fleischer‘s The Vikings, and they regard well-meaning interpreters of the Hollywood film business the way that King Aella saw Kirk Douglas‘s Einar and Ernest Borgnine‘s Ragnar. You’re watching The Godfather, Part II and you’re thinking Michael Corleone may lose his soul, but at least he gets it. You’re watching The Vikings and you can’t wait to see King Aella thrown into the wolf pit. 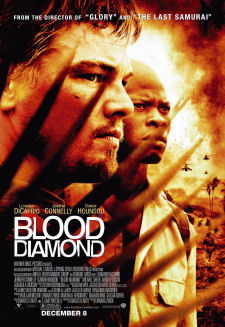 A very respectable one-sheet. Gets that amber-golden hot-weather thing that Catch a Fire‘s poster art had, but with more of a sweatbox sepia effect.
November 7, 2006 2:21 pmby Jeffrey Wells
2 Comments
Tomorrow’s Hot-Shots 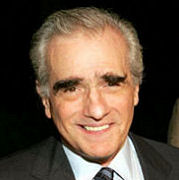 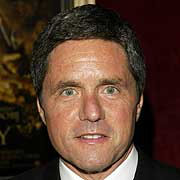 I’ve twice read Patrick Goldstein‘s 11.6 column about Jason Apuzzo and Govindini Murty, those Bush-shilling film lovers who run the Liberty Film Festival (Friday to Sunday at the Pacific Design Center), and I’m wondering yet again where all the good fascist entertainments are hiding these days? 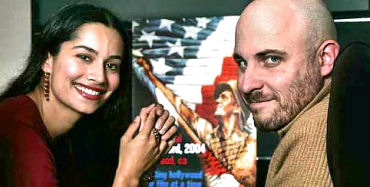 Tony Scott‘s Man on Fire was the last Hollywood-produced, high-quality, conservative-minded, get-those-godless-third-world-scumbags movie, and that was a couple of years ago. I’m saying there’s room in my liberal head for good right-wing films if they’re well-made enough. (What a thing to say on Election Day!). Problem is, they’re all but nonexistent.
What was the first mainsteam example of a “fascist” entertainment? Dirty Harry? (Pauline Kael famously thought so.)
I wonder what the Liberty guys thought of that excellent hand-held video movie about a couple of young guys going to Afghanistan to find Osama bin Laden as a revenge move for 9/11…you know the one I mean. (I just did a search and can’t find it.) I wonder what Aputo and Murty thought of Adam Curtis‘s The Power of Night- mares, or whether they even had the character to sit down and watch it? Or if they had the curiosity to read Paul Haggis‘s Against All Enemies script? What did they think of The Fog of War, I wonder?
The LFF’s site indicates they’re showing films that Cheney and Wolfowitz would be very happy to see. Pierre Rehov’s Suicide Killers and From the River to the Sea, which “both deal with the origins of Islamic terrorism in the repression of Islamic societies.” They’ll also be showing Border War, about those terrible conniving Mexicans slipping through the border in order to perform bottom-rung jobs that nobody else wants. Plus some “exciting” short films like The Road to Ramadi and A Journey to Iraq, plus, narrative features like The 9/11 Commission Report “that deals with Clinton’s failure to get bin Laden.”
The Bush adminstration has been choking for over three years on the lies and denials that have fortified the Iraq debacle, and the Liberty guys are supporting a doc that nails Clinton for not doing enough to get bin Laden back in the late ’90s? This is revolting.
I don’t know the details (haven’t made the call to Mark Ebner), but I’m also wondering why aren’t they showing Patrick Dollard‘s pro-troops documentary that he’s been shooting in Iraq, or at least a portion from it? Dollard has been filming for quite a while now. That I would pay to see.

Another George Lucas-is-a-bit-of-a-dead- head-and-a-creative-ass-dragger story, this one from screenwriter Frank Darabont. 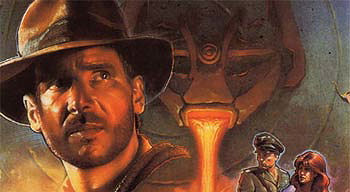 “I worked for over a year on [the Indiana Jones 4 movie],” Darabont has told CHUD‘s Devin Faraci. “I worked very closely with Steven Spielberg. He was ecstatic with the result and was ready to shoot it two years ago. He was very, very happy with the script and said it was the best draft of anything since Raiders of the Lost Ark. That’s really high praise and gave me a real sense of accomplishment, especially when you love the material you’re working on as much as I love the Indiana Jones films.”
But along came Lucas and the project was zotzed…back to square one.
“Lucas read it and said, ‘Yeah, I don’t think so, I don’t like it.’ And then he resets it to zero when Spielberg is ready to shoot it that coming year, [which] is a real kick to the nuts. You can only waste so much time and so many years of your life on experiences like that, you can only get so emotionally invested and have the rug pulled out from under you before you say enough of that.”