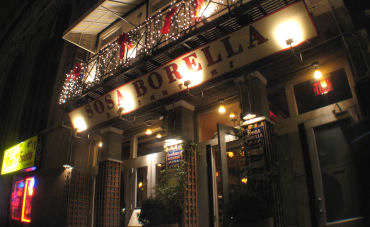 Giving credit where credit is due in light of the National Board of Review having today handed its Best Picture prize to Clint Eastwood‘s Letters From Iwo Jima: In Contention‘s Kris Tapley went way out on that limb a full week before David Poland did. And then Kris backed it up when Poland posted his little cock-tease blog entry last Saturday. And then Kris went crazy last night and predicted the damn thing for a win. 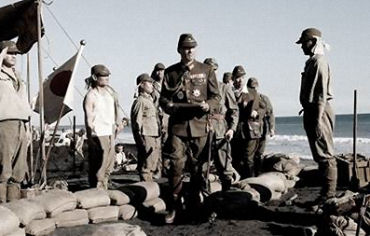 The last-minute, going-totally-crazy efforts of the Weinstein Co. team to get additional shooting done on George Hickenlooper‘s Factory Girl (Weinstein Co., 12.29) only a few weeks ago and then hurriedly screen the film for all the year-end critics groups for possible awards consideration…the entire breathless bandwagon (Sienna Miller as Edie Sedgwick! Don’t count us out! We’re in the game!) has suddenly devolved into an east-coast farce. 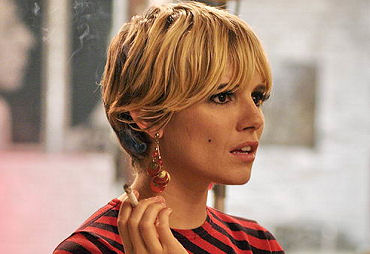 I’m speaking of an hours-old decision to suddenly cancel the just-scheduled New York press screenings in lieu of a decision by Weinstein Co. distribution honchos to bypass the 12.29 release and not even open Factory Girl in New York theatres until sometime early next year, possibly as late as February.
The reason, I’m told, is that the film is not quite finished — i.e., some rough spots still exist — and the Weinstein Co. would rather that the extra-tough New York-area critics see a film that’s 100% finished rather than one that’s 97% or 98% there. Bullshit, bullshit….a line like this is always a cover for something else.
No one was expecting New York Film Critics Circle members to drop everything and see Factory Girl this week (although three screenings had been set up between now and Friday) and then step right up and vote for Miller in the Best Actress category or for Guy Pearce‘s Andy Warhol performance in the Best Supporting Actor category…nobody was expecting anything. And yet something favorable could have happened along these lines. But not now with the NYFCC totally cut loose. And yet the Weinstein Co. showed the 97% -completed version to the National Board of Review on Monday, and will screen it for the Holly- wood Foreign Press today, and is still showing the film to Los Angeles critics (five screenings between today and Saturday) in time for the LAFCA voting on Sunday.
I’ve been a supporter of Factory Girl for several months, having seen a rough cut back in August, but now the campaign for it is starting to feel like a joke — and the film is not that. It’s spritzy and steeped in a mid 1960s aroma-atmosphere with a excitingly alive-feeling performance by Miller and a wryly amusing one by Pearce, and yet the Weinstein Co.’s suddenly pulling the film out of the New York arena obviously means someone — Harvey Weinstein would be a good guess– got scared at the last second about what the tough-ass NY-area critics might say or do, and decidely to pull the plug on this specific area. Weird.
24 hours ago Weinstein Co, publicist Liz Biber told me that despite confusion to the contrary, Factory Girl would definitely screen “several” times this week for the benefit of New York and Los Angeles critics, as well as the Hollywood Foreign Press. She said she’d be contacting everyone on both coasts yesterday and give them screening dates and times between now and Saturday. And three or four hours later, she did just that. And then came today’s announcement about the New York bailout.
I feel somewhere between angered and dis-invested. I’ve been feeling something genuine for this film for the last four months, but the handling of it over the last 24 to 36 hours has been erratic and close-to-embarassing.

Chris Rule‘s “Scary Mary” — a horror twist trailer mash given to 1964’s Mary Poppins with Julie Andrews. Posted five or six weeks ago, I’ve only just seen it and so what? My one complaint is that Rule didn’t find some way to make Dick Van Dyke‘s chimney sweep into some kind of fiendish monster also.

“One could make a fairly substantial list of things in Inland Empire, as in all David Lynch‘s work, that are inanely repellent or outright dumb. Jean-Luc Godard, Andy Warhol and Andrei Tarkovsky are other filmmakers who veer wildly between genius and utter puerile shit, sometimes from minute to minute within a given work. Of course this gets into the whole issue of how certain forms of stupidity, sloppiness and impatience sometimes act as protective covering for genius… but that, as they say, is another subject.
“If Inland Empire is good-or-great, it may not be so much good-or-great-in-itself, but as a continuing harbinger of the possibility of another cinema to come.” — Screenwriter Larry Gross writing for MCN Voices and delivering an obviously vigorous tapdance/pretzel-like contortion in order to give Lynch’s long video-shot surrealist mind-bender a quasi-pass.
Gross was inspired by Manohla Dargis‘ N.Y. Times review of same, in which she calls Inland Empire “extraordinary, savagely uncompromised…and one of the few films I√É¬¢√¢‚Äö¬¨√¢‚Äû¬¢ve seen this year that deserves to be called art. Dark as pitch, as noir, as hate, by turns beautiful and ugly, funny and horrifying, the film is also as cracked as Mad magazine, though generally more difficult to parse.”

Liam Neeson “is prepping for his role as Abraham Lincoln in Steven Spielberg’s film about the Great Emancipator,” it says in Rush & Molloy’s 12.6 column. “[In so doing] Neeson toured the New York Historical Society’s exhibit ‘New York Divided: Slavery and the Civil War’ and attended a lecture by ‘The Gettysburg Gospel’ author Gabor Boritt.” 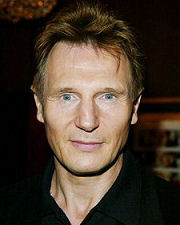 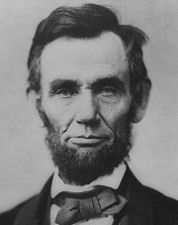 Good heavens, hold on…Neeson was preparing for the same role when I spoke to him twice about it in August 2005 — 16 friggin’ months ago — and there hasn’t been any announcement since that Spielberg is going to finally commit to making the historical biopic, which will cover Lincoln’s Presidency from his inauguration to assassination. Maybe Neeson knows something we don’t? It would be nice if Spielberg were to finally pull the trigger or at least let someone else step in. Lincoln obviously has the earmarks of a great Neeson role.

Director Chris Kentis and producer Laura Lau made a big indie-level splash with Open Water, which was about a husband and wife stranded in the ocean and defenseless against sharks, who eventually eat them. And now in the latest example of “duh”-level associative thinking in corporate Hollywood, Warner Bros. has hired Kentis and Lau to write and direct Indianapolis, an adaptation of the Douglas Stanton book “In Harm’s Way” about 900 sailors who went into the Phillipine Sea in July 1945 after their ship sank, leaving them stranded and defenseless against sharks.

Before rescuers arrived four days later, 587 guys sailors were dead, the majority of these due to jagged teeth and terrible chompings.
Michael Fleming‘s story about the Kentis-Lau deal says Warner Bros. “has tried several versions — Mel Gibson almost starred five years ago for director Barry Levinson — and Universal has a rival project that J.J. Abrams is eyeing based on the story of a youth whose school research project helped force a posthumous reconsideration of the ship’s court-martialed captain, Charles McVay.”
Fleming doesn’t mention that one of the screenwriters on the WB Indianapolis project was Donnie Darko/Southland Tales director-writer Richard Kelly. In March 2005 I wrote in a Radar magazine profile of Kelly that “his most recent gig was writing a screenplay for a $100 million, special-effects-heavy World War II film about the sinking of the USS Indianapolis. Kelly calls it √É¬¢√¢‚Äö¬¨√Ö‚Äúthe tightest thing I√É¬¢√¢‚Äö¬¨√¢‚Äû¬¢ve ever written.√É¬¢√¢‚Äö¬¨√Ç¬ù
“Because of the 317 men who lived,” I added, “Kelly has titled his WWII script Optimistic.”

The return of former Disney production chief Nina Jacobson to active status — she’s now a DreamWorks-allied producer on the Universal lot — is welcome news. Jacobson, HE readers will recall, was bizarrely whacked last summer — bizarre as in out-of-the-blue and what-was-that-about? The guy who gave her the bad news, Disney distribution chief Dick Cook, won the all-time Superb Timing award for telling Jacobson just as her partner was giving birth in a hospital.

“Looking back at his five marriages, many lovers and his indifference to family life, he is aghast at his own cruelty at the same time that he is strangely unapologetic,” writes N.Y. Times reviewer Stephen Holden about legendary Swedish director Ingmar Bergman as he appears in Marie Nyrerod‘s documentary Bergman Island (now at the Film Forum). 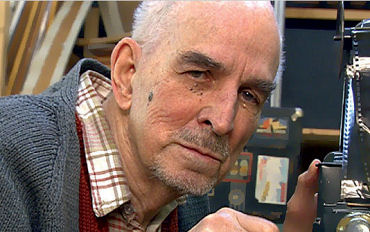 “I had a bad conscience until I discovered that having a bad conscience about something so gravely serious as leaving your children is an affectation, a way of achieving a little suffering that can’t for a moment be equal to the suffering you’ve caused,” Bergman tells Nyrerod. “I haven’t put an ounce of effort into my families. I never have.”

The trade review date for Clint Eastwood‘s Letters from Iwo Jima is supposed to be either this Friday (12.8) or Monday (12.11). I don’t see how delaying reactions serves anyone’s purpose. The time is now, we’re right in the thick of it, Letters opens two weeks from today… gentlemen, start your engines.
After all, MCN’s David Poland started his last Saturday, right? The the cat was 80% out of the bag as of that moment, and it was totally out yesterday when Poland made Letters his #2 choice for the Best Picture competish in the latest Gurus of Gold chart (which went up yesterday).
This made it clear he was speaking of Letters four days ago when he wrote that “there is a very real chance that one of the ‘new’ movies will grab one of the five Best Picture slots. I could be wrong. A second viewing will answer that question more clearly. But as with Dreamgirls, if you feed the Academy a movie that allows them to do what they really want to do, most of the time they will do it.”
I don’t know what that last statement means at all, but Letters From Iwo Jima, which I saw last weekend and also admire a good deal, is in no way analagous to Dreamgirls in terms of its Academy appeal and/or psychology. But I’ve got my review half-written and I’m ready to boogie. Others are too. Let’s do it.

“Dramatically, the relentless pileup of atrocities [in Mel Gibson‘s Apocalypto] becomes self-defeating,” Newsweek‘s David Ansen writes in this week’s issue. “At a certain point — was it the spear that went from the back of a running man’s head through his mouth? The jaguar tearing another man’s face to shreds? The snakes? The hornets? The hundreds of rotting corpses in the ravine? — you become inured. Some may find the overkill exploitative, but there’s nothing cynical about Gibson’s obsession with blood and pain. The pathology is genuine.
“But for all the anthropological research that went into the movie, what is Apocalypto trying to say? According to the production notes, Gibson wants us to contemplate the parallels between the decadence of the Mayan empire on its last legs and our contemporary, spiritually and environmentally ravaged world. You could have fooled me. The question on my mind as I contemplated Apocalypto‘s lurid panoramas of bleeding, violated flesh had nothing to do with politics: why does Gibson get so turned on by this stuff?”