A very smart handicapper has passed along an interesting thought: the Best Picture Oscar will be won by either The Departed or Little Miss Sunshine, and the edge, right now, may be with the latter. LMS “is an ensemble piece that people just love…that’s how it was with Crash, and you have to watch out for movies that people just love.
“It was inexplicable last year but the rank-and-file really loved Crash, while some of them — obviously not all, but some — felt a grudging respect for Brokeback Mountain. Jonathan Dayton and Valerie Faris being named as Best Director nominees this morning means that people really love that film.
“If Little Miss Sunshine wins the SAG ensemble acting award plus the Golden Globe best comedy-musical award — and I’m thinking more and more that this might happen — Little Miss Sunshine will take the Best Picture Oscar.”

“The absence of Pan’s Labyrinth‘s Guillermo del Toro and Children of Men‘s Alfonso Cuaron from this morning’s DGA Best Director nomination list is a one hundred (or maybe ninety-nine) percent function of the DGA’s ban on DVD screeners plus the late release dates of these films,” says a “name” director and DGA member who wrote a few minutes ago.
“I can assure you that the vast majority of us have not even seen these films. I know that I have not. I couldn’t make the handful of screenings and was away during the holidays. I voted for four of the nominees. It’s a damn shame, of course. Scorcese will win what amounts to a lifetime achievement award from the Academy, so it would have been nice for the DGA to offer the proper recognition where it was due. Maybe we can get it right next year.” 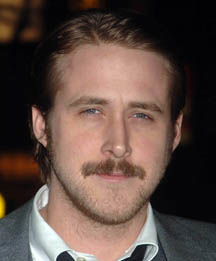 Producer Ed Bass — the guy Emilio Estevez allegedly said “checkmate, asshole!” to during the making of Bobby, according to John Ridley‘s famous Esquire piece — and Karen Sharpe Kramer, the widow of director Stanley Kramer, have teamed to make a sequel to the 1963 comedy classic It’s a Mad, Mad, Mad, Mad World, according to a story by the Hollywood Reporter‘s Borys Kit.
The only way this could possibly work would be to assemble enough money to fund a really funny script by two or three perversely talented screenwriters plus a really top-ranked comic director on board, who would then be able to cast all the super-hip, top-dog funny guys (Vince Vaughn, Owen Wilson, Sarah Silverman, Will Ferrell. Ben Stiller, Sacha Baron Cohen, etc.) in the same way that Stanley Kramer cast all the kings of comedy circa 1962-63 when he made his film. Otherwise, forget it.

The lowdown on Apple’s iPhone, which ships in June. The 4GB iPhone will go out the door in the U.S. as a Cingular exclusive for $499 on a two-year contract, 8GB for $599. I’m kinda”sold” on this thing, frankly. The more I read about it, the damper I get.

TMZ’s Claude Brodesser has written a funny short piece about Rob Cohen‘s return to the fold with the third bullshit Mummy movie, which even Stephen Sommers — one of the all-time demonic bad guys of soulless modern-day Hollywood — has apparently declined to do.

“Is director Rob Cohen about to get sprung from movie jail?” Brodesser begins. “Our spies tell us that Cohen, the director of Vin Diesel action hits like The Fast and the Furious and XXX is in negotiations to direct the third incarnation of The Mummy franchise at Universal Pictures.
“A director with those two mega-credits under his belt normally wouldn’t be available to do yeoman’s service on the third iteration of a Brendan Fraser franchise, but Cohen took the blame for the bloated, plotless special-effects stinker that was Stealth — a $100 million bomb that that fell out of Sony Pictures’ skies back in 2005.
“After a mess like that, you’re in ‘movie jail’ — the equivalent of purgatory for directors. Performing well on an established franchise would go a long way toward rehabbing your rep, and clearly, insiders say, Cohen’s hip to this fact. Look for Universal to make the formal offer to Cohen sometime later this week.”
I remember what a great job Cohen did on The Fast and the Furious — and what a beautiful ending it had. I’m sorry he’s stuck doing a Mummy movie, but maybe he can make it work on some level and then get back and do something better the next time out.

“I’m a DGA member and I’m ashamed of my guild. [Nominating] two out of the Three Amigos would have been more of an acknowledgment of the world as it is.” — from reader Chris Dalrymple, sent a few minutes ago.

The five DGA Best Director nominees, announced just a few minutes ago, are Bill Condon (Dreamgirls), Jonathan Dayton and Valerie Faris (Little Miss Sunshine), Stephen Frears (The Queen), Alejandro Gonzalez Inarritu (Babel) and, naturally, Martin Scorsese (The Departed).
In their wisdom, the Directors Guild members blew off two of the Three Amigos — Pan’s Labyrinth‘s Guillermo del Toro and Children of Men‘s Alfonso Cuaron. Rather xenophobic of them, no? Seems that way from this corner.
I have to say I’m particularly shocked that the DGA-ers did this to Cuaron as well as United 93‘s Paul Greengrass’. These are stunning, historic, legendary films, and the voting DGA rank-and-filers have now shown themselves to be a bunch of Academy mainstream go-alongers…people with no particular conviction beyond the safety of received party-chatter wisdom.
Five, ten, fifty years from now, people who truly care about films will be occasionally watching and talking about United 93 and Children of Men with great feeling. The DGA members drinking orange juice and walking their dogs and driving their SUVs to work this morning know this…and it didn’t matter to them. If I were one of them, I would be having mixed feelings, at best, and indigestion, at worst.
But congratulations to the nominees….really. Everyone on this list should feel proud. And safe. The five films directed by the five nominees will almost certainly be the Best Picture Oscar nominees that’ll be announced in a couple of weeks.
Clint Eastwood was passed over because the guild members didn’t agree with the critics, and (maybe) because their wives wouldn’t watch Letters From Iwo Jima, or perhaps because they felt it was somehow out of the realm because of the Japanese language factor. (More xenophobia!) Clint may get a nomination fom the Academy despite this. The people who vote in the craft guilds tend to skew a bit younger — only about 400 of them are movie directors, most of them work in commercials and on TV shows and whatnot. They may not relate to Eastwood’s language as much as the older Academy crowd…we’ll see.
I guess I was the only one on Sasha Stone‘s Oscarwatch prediction chart to go for Dayton and Faris, Well, they’re certainly on the map now.

A good T-shirt line (I’d consider wearing one of these if it was printed on a sleek European T-shirt made of upscale fibres instead of some fat-collar, bulky-cotton Teaneck, New Jersey T-shirt), but they used black letters on a brown T-shirt plus they didn’t print enough of the damn things. This is the problem with too many small American businesses — they’re run by guys with shopping-mall taste buds who can’t see around the corner.

David Poland saw the “new cut” of Factory Girl last night “and lo and behold, it is quite a different movie than the one I saw on December 6,” he’s said. Good enough to serve as a platform for the actors, he means, “like the really not very good Transamerica last year.”
“It’s still not a very good movie, but it could actually have made a legitimate Oscar push for Sienna Miller as Sedgwick and for Guy Pearce as Andy Warhol. Had this cut been available in November, they would have had a real shot…it’s now simple and clean enough to have been a base from which to make an acting awards push. But six days before nominations close, it√É¬¢√¢‚Äö¬¨√¢‚Äû¬¢s probably too late.
Then he closes with a tribute to Harvey Weinstein‘s amazing producing-auteur persistence. “If I had a movie that worked and he wanted to mess with it, I would be very upset,” Poland writes. “But if I had a mess, there is no one on the planet who I would trust more to get it close to presentable.” 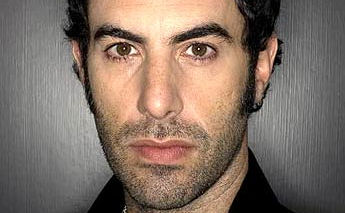