The Envelope‘s Steve Pond has written an Oscar timeline piece — not exactly pulse-quickening, but good to read and save.

New York’s Logan Hill on kinky Sundance sex movies — Craig Brewer‘s Black Snake Moan (an allegedly well-made “problem movie” about Samuel L. Jackson curing Christina Ricci of nymphomania), The Ten (a spoof of the Ten Commandments…has the aura of lame-assitude), Deborah Kampmeier‘s Hounddog (a.k.a,, the “Dakota Fanning rape project”), Robinson Devor‘s Zoo, “which is generally being referred to as ‘the horse-fucking movie,'” and Teeth, a “horror movie that follows the leader of the abstinence movement at a small-town Christian high school…when she’s raped, she discovers that she has a Carrie-like power for revenge: a real vagina dentata.” 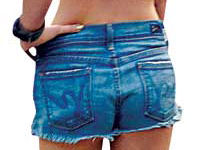 Naysayers like David Poland have said the script for Children of Men doesn’t make it (i.e., underwritten, doesn’t explain stuff thoroughly enough) and then along comes the bequeathers of the 19th annual USC Libraries Scripter Award and they hand it over to P.D. James, author of “The Children of Men,” and the film’s screenwriters Alfonso Cuaron, Timothy J. Sexton, David Arata, Mark Fergus and Hawk Ostby. Don’t these people get it? Poland explained the film’s story and character problems in his last “Hot Button” column.

2 Comments
Press is riding off into the sunset

The Terry Press-is-leaving-DreamWorks-but- tangentially-staying-in-the-family story, as written by Variety‘s Nicole Laporte (who’s also the new co-editor of Variety on the Town). Press’s departure has nothing to do with how the Dreamgirls campaign has been going, but nobody would have even glancingly thought otherwise if she’d waited until the Oscars were over and done with. Her new marketing firm will undoubtedly kick ass. 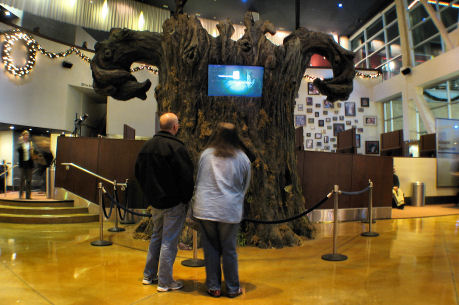 A simple five-word response: the singer, not the song.

Guillermo Arriaga‘s The Night Buffalo, a novel about an intense love triangle, intense sex, betrayal, death, schizophre- nia and stabs at redemption, has been made into a sharply-honed drama with the same title — produced by Arriaga and directed by Jorge Hernandez Aldana. 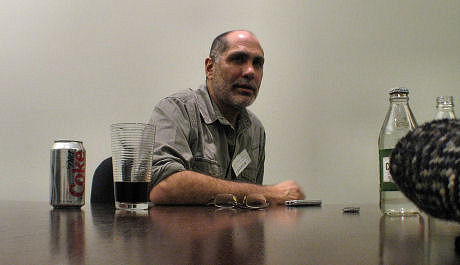 It’ll have its debut at the end of next week at the Sundance Film Festival. This, obviously, is mainly what this article is about — bringing attention to Arriaga’s film and (perhaps) helping him to land a U.S. distribution deal, as well as catching up with a guy I regard as a friend.
In Arriaga’s words, The Night Buffalo is the story “of a man named Manuel (Diego Luna) and a very good friend named Gregorio (Gabriel Gonzalez), who is schizophrenic, and about Gregorio’s great love for his girlfriend Tania (Liz Gallardo). Manuel and Tania are the people Gregorio trusts the most, but while he’s going in and out of the mental asylums, they begin having a relationship until they fall in love. Obviously the relationship between Gregorio and his girlfriend is broken and the friendship is broken.
“When these friends seem to reconcile, Gregorio kills himself, and he leaves Manuel a box with secret messages after being dead, with letters, photographs, tapes, and slowly Manuel begins to get into the spiral of madness that his friend has been living. So this is a story of madness, of love, of a sense of being lost, of guilt, and how in the end you have to realize and assume the consequences of your acts and the valued importance of love.”
Arriaga is best known as the guy who penned Alejandro Gonzalez Inarritu‘s three films — Amores Perros, 21 Grams and Babel — as well as Tommy Lee Jones‘ The Three Burials of Melquiades Estrada. Arriaga is also known for the big creative split that happened between himself and Gonzalez Innarritu sometime early last year (but not revealed until last May, during the Cannes Film Festival). 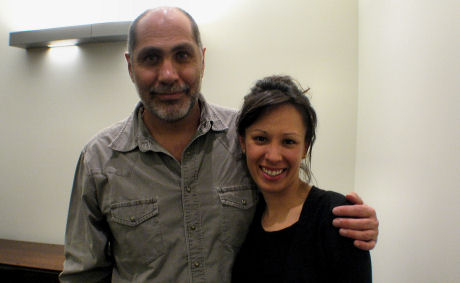 Just before I left I snapped this shot of Arriaga and Night Buffalo co-producer Jimena Rodriguez — Thursday, 1,11,07, 5:45 pm

I’ve been friendly with Arriaga since the time of 21 Grams (i.e., three years ago). We’ve been talking about sitting down and discussing The Night Buffalo for a long while now. We finally did this in a conference room at the United Talent Agency building yesterday afternoon. Here’s what resulted.
Our chat went on for the better part of an hour. It’s a bit quieter than the Sienna Miller conversation. I wasn’t in a journalistically pushy frame of mind. The gentle, soft-spoken Arriaga had that effect on me.
At the end of our chat I also met Night Buffalo co-producer Jimena Rodriguez, who will be with Arriaga in Park City along with the rest of the team.
Sundance honcho Geoffrey Gilmore says that “male culture, the fickleness of love, and desperate searching by lost souls are only some of the subjects this highly erotic, superbly photographed depiction of young lovers touches upon.
“As despicable as the behavior of this very dysfunctional community is, the need for love and absolution is relentless. As a treatise on the cognitive dissonance of romance, The Night Buffalo is pure and powerful storytelling. It may show us things that we don’t want to see, but it will eventually lead us to a fuller understanding of the mysterious power of love.”
The first Night Buffalo screening will be at 9 pm on Friday, 1.19.07, at Park City’s Egyptian theatre. Then comes a midnight screening on 1.20 at the Holiday Village followed by a 3:15 pm the next day (Sunday) at the same venue. The screening at the Tower theatre in Salt Lake City on Wednesday, 1.24, at 9 pm doesn’t count because nobody goes to Salt Lake City during Sundance and the festival is essentially over anyway by that day.

“The cretins rule in Alpha Dog, which has much the same entertainment value you get from watching monkeys fling scat at one another in a zoo or reading the latest issue of Star magazine. Of course a little of that nasty stuff may land on you, but such are the perils of voyeurism.
“Voyeurism that [director Nick] Cassavetes, a filmmaker with a lurid imagination and a talent for coaxing full-throttle performances from his actors, rewards with an embarrassment of vulgarities: lusciously tanned flesh, sensuously quivering muscles, cascades of blond hair, acres of tattoos, a sylph in a schoolgirl miniskirt (√É¬¢√¢‚Äö¬¨√Ö‚ÄúDance, bitch!√É¬¢√¢‚Äö¬¨√Ç¬ù someone cries), a three-way in a swimming pool, intimations of Nazism, a little tae kwon do and a lot of homegrown weed.
“The kids are not all right. Which is, like, you know, the point.” — N.Y. Times critic Manohla Dargis riffing on Alpha Dog….hilarious.

Speaking of critical effusion augmented by kneepads, the 12th annual Critics Choice Awards, organized and promoted by the Broadcast Film Critics Organization, is handing its awards out tonight in a ceremony at the Santa Monica Civic auditorium. E! will air the show on 1.20.07. I guess I’ll post the winners sometime tonight, but if the BFCA-ers were to suddenly disappear off the face of the earth, I would weep and grieve, yes…but I would wake up the next morning and get on with my life.

Rolling Stone critic Peter Travers, widely regarded as one of the most effusive blurb-whores in the business, has recorded a radio ad for United 93, reading from his own review copy. Dicey, right? No, actually — it doesn’t seem that way to me. Consider this explanation he offered to L.A. Times writer Rachel Abramowitz. 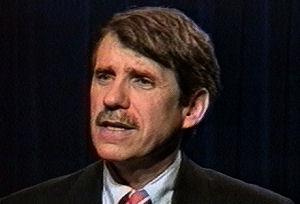 “I jumped into the mosh pit because of the film in question. We’re not talking Big Momma’s House 2. This is United 93, a film I rank among the best of 2006 [but which]’ has faced resistance from audiences who find the subject of what transpired on September 11th, 2001 too painful and way too soon for a movie to tackle. I disagree. Who knows how effective a radio spot is at encouraging viewers to let down their guards and let this movie in? But given how compassionately and artfully director Paul Greengrass has handled the complexities of United 93, I thought it was worth a try.”

“What do Daniel Day-Lewis in My Left Foot, Adrien Brody in The Pianist, and Marcia Gay Harden in Pollock have in common? Two things: All of them won Oscars — and today none of them would stand a chance.
“Academy Award nominations used to be announced around Valentine’s Day, with trophies handed out in late March. Three years ago, that changed; nominations now come in late January. By the time you read this, any Oscar ballot that hasn’t already been mailed won’t be counted. And if you don’t feel you’ve caught up with the year’s best movies yet, you’re not alone.” — Mark Harris writing in his new EW column, “The Final Cut.”