Traction on the Stop Eddie Murphy movement is starting to happen….maybe. I’ve made it clear from a personal perspective that I’d like to see him denied the Best Supporting Actor Oscar for his Dreamgirls work, but there might be more happening than just that. People aren’t exactly lighting torches and preparing to march on Versailles, but… 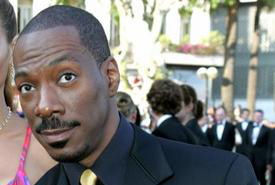 Two days ago (i.e., the day after Monday’s Murphy-dissing piece in this column), I was interviewed by a N.Y. Post guy who’s writing a story for Sunday’s edition about Murphy’s supposed political weaknesses, the perception that he’s more than a bit of an egoistic asshole, how he’s never made anything other than mainstream big-buck comedies, how he’s never tried to stretch or risk anything in a smaller-budgeted film, plus the ongoing Norbit effect (i.e., that one-sheet image reiterating who Murphy is and challenging the notion that he’s somehow turned a corner with his Dreamgirls performance) upon Academy voters.

Murphy encapsulates everything that is smug, arrogant, closed-off and reac- tionary about today’s Hollywood elite. Denying him the Best Supporting Actor Oscar would be, no exaggeration, an affirmation of positive, open-hearted values. It would amount to the Academy saying en masse, “We will not reward insecure downmarket egotists, no matter how successful their films have been….we’re not necessarily refusing to celebrate movie stars who ride around in big fat SUVs and wear jet-black shades and live behind electrified iron gates, but we chose not to this time.”

As the recent Murphy profile in Entertainment Weekly says, “[Murphy] carries some baggage: a reputation for being prickly and egotistical, rumors of odd idiosyncrasies, a couple of high-profile tabloid scandals.

“Even with the tremendous acclaim for his work in Dreamgirls, some believe he won’t fully stabilize his bumpy career until he overcomes a long-standing image problem. His defenders dispute that idea, saying that with cumulative career box office grosses in the neighborhood of $3 billion, Murphy has a vast reservoir of goodwill in Hollywood and among moviegoers.”

I’ve asked two or three veterans of the scene, and apparently there’s no precedent for the big Three Amigos press party next week for Guillermo del Toro (Pan’s Labyrinth), Alejandro Gonzalez Inarritu (Babel) and Alfonso Cuaron (Children of Men). No precedent, I mean, for three distributors banding together and co-founding and co-staging the same event. I’m guessing that the trio got together and cooked it up, and then went to their respective distributors and said, “Let’s do this.” 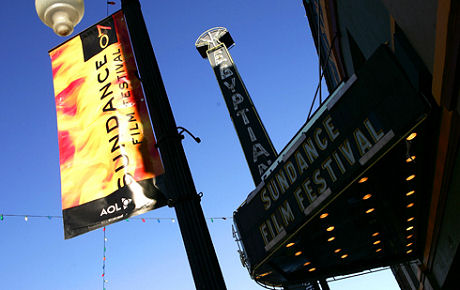 “Seth Sonstein and Nicola Spechko, owners of Southeast Portland’s irascible and essential Clinton Street Theater, have done something the likes of which I’ve never remotely heard of,” reports Oregonian critic Shawn Levy. “They’ve bought a drive-in movie theater in Oceanside, California, and they’re moving all of the hardware — lock, stock, barrel, snack bar, screens, little speakers on poles, and so forth — up here to Oregon.

“They plan to use one of the four projectors they’ve acquired to replace the aged gear in their theater. But they’re also hoping they can get a chunk of land somewhere nearby to use the rest of the equipment to open a new drive-in of their own — one, presumably, which will show the Clinton Street’s patented blend of grindhouse, experimental, cult, and shoestring-independent fare.
“Right now, according to this definitive seeming site, Oregon has only four functioning drive-ins: the nearest to Portland is the 99W in Newberg, along with open-top theaters in La Grande, Milton-Freewater and Dallas. So it’s not like the market is flooded, exactly. And Bruce Lee, anime and “The Rocky Horror Picture Show” under the stars of a Willamette Valley summer night? Oh, I can dig it; can’t you?”