“The spirit of early Woody Allen is alive and well on the streets of the French capital in 2 Days in Paris, an entertaining, deliciously played walk-and-talker by helmer-writer-star Julie Delpy and co-star Adam Goldberg. Dialogue-driven humor, which often goes way beyond satirizing just Yank-Gallic differences, has a traditional French lightness but also a fearlessness that’s refreshing.” — from Derek Elley‘s Variety review from the Berlin Filn Festival.

“One of the dirty secrets of this time of year is that the money that is spent on the Oscars — hundreds of millions of dollars on television and trade ads, parties, and shipping DVDs to academy members — can never be recouped even by the most spectacular post-awards bounce. None of last year’s contenders surpassed the $100 million mark in domestic box office. All that money is, in part, the price tag on ego — of making sure that the captains of this industry have something in the trophy case when all is said and done.” — from David Carr‘s 2.12.07 N.Y. Times piece about Oscar credit skirmishes.

Richard Roeper and guest critic Lisa Schwarzbaum went on and on and on and on about how bad Norbit is. Schwarzbaum said she wanted to gnaw her arm off while watching it. Roeper said it’s “probably one of the worst movies of 2007, and I’m being kind,” and that he thinks Murphy is actually trying to make himself look bad. Whoa…why can’t these two can’t get over their vindictive pettiness and realize that trashing Norbit might hurt Murphy’s Oscar chances?

Watched 60 Minutes at a friend’s house, fell asleep on the floor for 15 or 20 minutes, got up and rode home on the bike and missed the two magic WGA moments when (a) Little Miss Sunshine‘s Michael Arndt won the Best Original Screenplay award, and (b) The Departed‘s William Monahan won the Best Adapted Screenplay trophy. Like everyone knew, predicted, had no doubt about, etc. “I’m gonna go have a smoke right now. You want a smoke? You don’t smoke, do ya, right? What are ya, one of those fitness freaks? Go fuck yourself.”

Sen. Barack Obama talks to Steve Kroft on 60 Minutes this evening, obviously happening as we speak.

On 2.13.07, Warner Home Video released a reportedly better-looking-than-ever-before DVD of Tony Richardson‘s The Loneliness of the Long-Distance Runner, my second-favorite British kitchen-sink drama (after Lindsay Anderson‘s This Sporting Life). The Richardson is so authentic it feels almost surreal at times; the grimy working- class atmosphere is like some long-gone social vintage, more valuable now than ever. 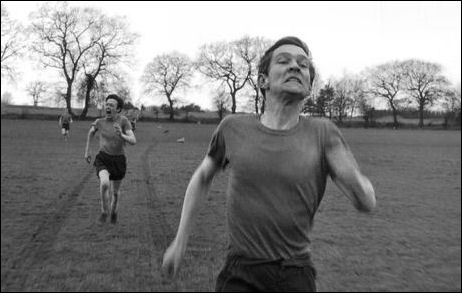 “While conversing with [Ralph] Fiennes during my break, I expressed a need to go to the toilet. I went to the nearby toilet and entered it; he followed me and entered the same toilet. I explained to him that this was inappropriate and asked him to leave. Mr. Fiennes became amorous towards me and, after a short period of time, I convinced him to leave the toilet, which he did. I left the toilet a short time later.” On a believability scale of 1 to 10, this story from a 38 year-old Qantas stewardess rates a [fill in the blank].

In Nikki Finke‘s Deadline Hollywood Daily story announcing that Inconvenient Truth auteur Al Gore will definitely not announce his Presidential candidacy during the 2.25 Oscar show, the following quotes are used: (a) “If Al Gore has slimmed down 25 or 30 pounds, Lord knows [what he might do]” and (b) “Gore’s weight, which has ballooned since he left office, is widely seen as a barometer of his ambitions, and the Clinton, Obama and Edwards campaigns have been studying his girth closely.”

This ties in with Mick LaSalle‘s “fat Al” riff from a while back. 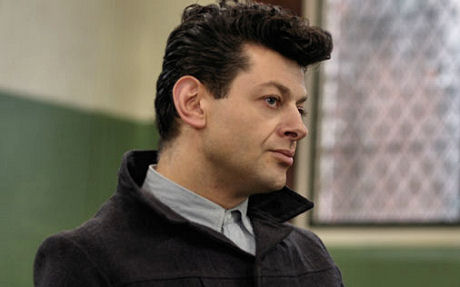 A blunt-spoken man with a steady hand, and a motor-mouth who doesn’t mince words.