The Steve Pond vs. Nikki Finke reporting war continues, the latest salvo being Pond’s claim that he has “copies of every daily show breakdown starting from Monday of this week and the awards never moved,” as Finke claimed in her response earlier this afternoon. “The Dreamgirls songs have not changed,” writes Pond. “They were pre-recorded several days ago, all with the same arrangements that will be used tonight. There was never anything changed in reaction to any of her reports.” That’s enough of this, I think…let’s just let it go.

Yeah, I’ll be live-blogging during the show…sure. From a party. The host told me there’d be good wi-fi. Here’s hoping.

“Hollywood is in a quandary….you have the feeling in many of my conversations that people feel married to the Clintons, but they’re in love with Obama.” — Arianna Huffington speaking on a 2.22.07 National Public Radio report about the Clinton-vs.-Obama spat. As N.Y. Times columnist Maureen Dowd said to MSNBC’s Tim Russert about the impact of her interview with David Geffen, Geffgen “gave voice to a lot of what a lot of Democratic contributors have been saying about Hilary, which is that she’s polarizing, calculating and over-scripted.”

The Oscar Night upsets I’d most like to see happen (other than Alan Arkin beating Eddie Murphy) are…well, anything. I’ll take any and all shockers. Except Letters From Iwo Jima taking Best Picture Oscar. I’d really, really rather not see that happen. But generally speaking, if no one except for obstinate love wolves like like Kris Tapley have predicted it and it happens, great. Peter O’Toole taking the Best Actor Oscar from Forest Whitaker …fine. The Lives of Others triumphing over Pan’s Labyrinth in the Best Foreign Language Film category.

Mark Bakalor of Oscar Central has posted his final Oscar calls. The word around the campfire is that year after year, Bakalor’s calls are unusually accurate. And he has The Departed up for Best Picture. Ditto Scott Feinberg.

Peter Rainer, an extremely perceptive and respected film critic, has written an L.A. Times love sonnet to Eddie Murphy. Why would anyone on Rainer’s level do this? What kind of editors would want such a piece at this stage of the game?

You won’t find a greater aesthetic gulf next weekend than the one over Zodiac next weekend — a gap between big-gun critics and Fincher buffs (except for David “too Alan Paklula!” Poland) doing cartwheels on one end, and Joe Schmoe ticket-buyers going “meh” on the other. David FIncher‘s masterpiece is tracking at 59, 31 and 3.

Let’s face it — it’s going to open mildly and then go nowhere after this unless general audiences suddenly decide to step out of their popcorn-munching sleeping bags and go, “Oh, yeah…sometimes there’s something to be said for extremely well-made thrillers that don’t do the exact same thing that my girlfriend and I have seen happen in 87 other catch-the-killer movies.” Will they do that? No. 90% of paying audiences go to theatres expecting to eat meat loaf with gravy, mashed potatoes and green beans.

“If Paramount thought they had something, they’ve have snuck Zodiac this weekend,” a marketing guy confided this morning. “They’re spending the money in the right places, but it’s just not penetrating. People are looking at the trailer and it’s not a story they want to see. Awareness is modest and It’s not filtering through. They wanted it to do $18 or $20 million but It’s going to do $10 or $12 million….definite interest at 3% with a week to go tells you that. If a movie is going to be a hit a week out definite interest levels should be in the middle 30s, and first choice should be at 6 or 7.”

Wells to readers saying I should stop wiggling around and stick to my guns about predicting the Best Picture Oscar…fuck that. This is a crazy year, nothing is adding up, nobody knows anything and if the wind changes or I pick up a fresh scent or hint of some turn, I’m going to listen to that and re-calculate accordingly. Stating once again: my final, final call is for Little MIss Sunshine to win the Big Prize. And that’s really and truly it. No more changing my mind unless some new, wild-ass revelation hits me this afternoon.

Deadline Hollywood Daily‘s Nikki Finke has responded to The Envelope‘s Steve Pond‘s saying some of her Oscar show spoiler calls are wrong by saying she was right when she reported them but that some bits have been changed or dropped at the last minute, partly in response to her having spoiled them in her column. She goes over every forecast, bit by bit…here it is. 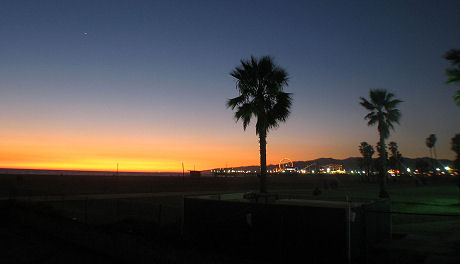 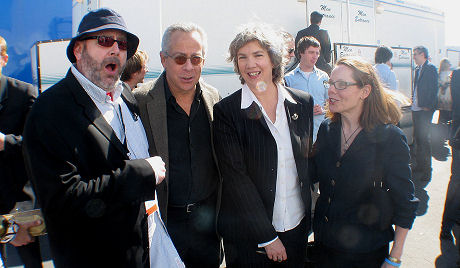 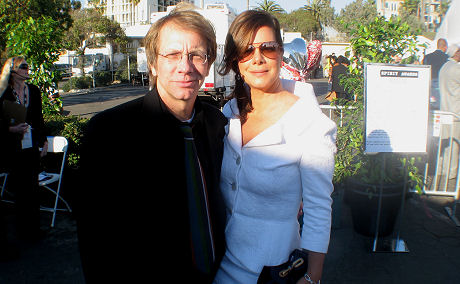 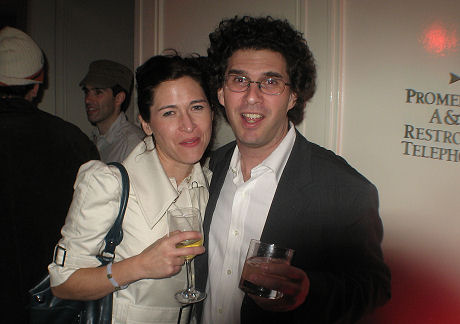 “A rash of recent Oscar winners have been rewarded for playing real people, from Ray Charles to Truman Capote to June Carter Cash,” reads the NPR promo copy for Pete Hammond‘s just-posted aural report. “Are the acting categories turning into best imitation of a real celebrity life?” Obviously. The Academy clearly prefers handing out awards to actors playing real-life people, i.e., those whom viewers know quite well for their voices and tics and body language. Hammond suggests the creation of a new Oscar category — Best Celebrity Impersonation.