Whatever DVDs might be coming out on a given Tuesday, you can almost always count on N.Y. Times columnist Dave Kehr writing about the discs most likely to be bought, rented or at least respected by elite cineastes …the most esoteric, the most artistically correct, the most venerated in the Dan Talbot or Jonas Mekas sense of the term.

Kehr rarely steps into the rancid swamp of popular taste, not even to put it down. He always writes about the art film DVD from Criterion or Anchor Bay that needs the press. Good fellow, heart in the right place, a little predictable. 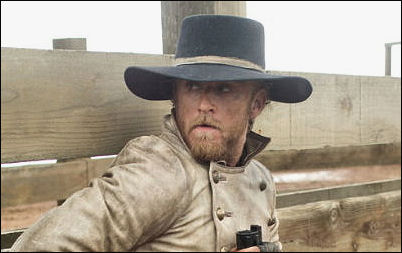 All we need is one more movie about people who run businesses that specialize in murder-scene cleaning and we’ll have ourselves an Entertainment Weekly News + Notes story. Right now we’ve got only two — Renny Harlin‘s Cleaner (Sony Pictures, opening later this year), a drama about a murder-scene scrubber (Samuel L. Jackson) who unknowingly participates in a cover-up at a job, and Christine Jeffs and Megan Holley‘s Sunshine Cleaners, an apparent dramedy about two sisters (Emily Blunt, Amy Adams) running a biohazard removal/crime scene clean-up service in New Mexico.

How is it that these ideas always pop up at the same time? There have probably been crime-scene cleaners in business for a long while, but for some reason nobody got around to making two movies about this subject until 2007. Within months of each other. I’m rooting for Jeffs’ movie because it’s certain to be more layered and emotional and perhaps even funny. (Alan Arkin is in it.) Harlin hasn’t much of a sense of humor. I remember Sylvester Stallone referring to “that Finnish thing” that he has in his temperament.

In any event, we need one more. How about a crime-scene cleaners TV series that would be half comedy (the up and downs of an eccentric workplace family that cleans up blood and brain matter and caulks up bullet holes) and half C.S.I. because the bickering couple that owns the business wants to be Nick and Nora Charles and are always thinking they’ve this or that hint or lead that will help the cops in their investigation.

Just as there are certain high-powered male directors (Michael Mann, Oliver Stone, Paul Verhoeven) who’ve been accused of not writing fleshed-out female characters — objectifying women by portraying them as sassy hotties, madonna-whores or out-and-out vipers — there are female directors and writers who also prefer opposite-gender fantasy characters, and so they write these sensitive-wimp males for women’s-market movies like The Nanny Diaries, The Jane Austen Book Club, Friends with Money, The Holiday, etc.

I’m saying that “chick-movie guys” are romanticized bullshit projections of men that certain female filmmakers would like to meet and fall in love with in real life. Males who are the polar opposite of Vince Vaughn in The Wedding Crashers or The Break-Up or Thomas Haden Church in Sideways. Tenderness, perceptiveness and sensitivity are admirable traits in any person, but there’s something almost other-wordly about those gentle, supersensitive guys in mature chick flicks. There’s something deballed about them. They’re just not “guys.”

The Toronto Film Festival synopsis of Paul Schrader‘s The Walker (ThinkFilm, 12.7.07) strongly implies that it’s a Washington, D.C. version of Schrader’s American Gigolo. What follows is a beat-by-beat comparison of the Walker synopsis alongside one for Gigolo. 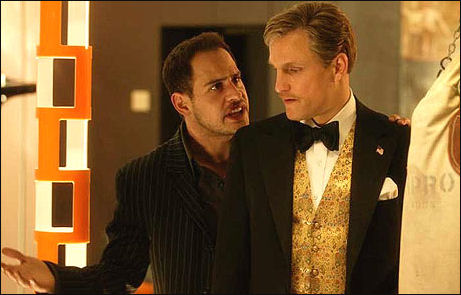 Walker #1: “A contemporary drama set in Washington, D.C., The Walker centers around Carter Page (Woody Harrelson), a well-heeled and popular gay socialite who serves as confidant, companion, and card partner to some of the capitol’s leading ladies.”

Gigolo #1: “A once-contemporay drama set in Beverly Hills of 1978, American Gigolo centers around Julian Kaye (Richard Gere), a well-dressed and popular boy-toy who makes expert, well-paid love to some of the L.A.’s most well-heeled ladies.”

Walker #2: “Carter’s loyalty [to these women] is tested when his dearest friend (Kristin Scott Thomas) finds herself on the brink of a scandal that could destroy her reputation and her husband’s career. Offering to cover for her, Carter suppresses evidence only to find himself the chief suspect in a criminal investigation. Suddenly this well-connected man-about town is a pariah, hounded by the police and forced to find the true culprit to clear his name. More importantly, he must reexamine whether it is important to be accepted by a society based on betrayal, hypocrisy and corruption.” 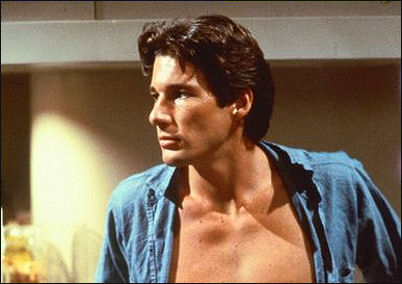 Gigolo #2: “Kaye’s attraction for and growing romance with a politician’s wife (Lauren Hutton) is put to the test when he’s initially suspected and then hounded for a murder of a woman he’d serviced in Palm Springs. Suddenly this well-connected gigolo-about town is a pariah, hounded by the police and trying to find the true culprit to clear his name. More importantly, he must reexamine whether it is important to be accepted by a society based on betrayal, hypocrisy and corruption. Sent to jail, he’s ultimately saved by Hutton’s testimony — testimony sure to destroy her reputation and her husband’s career.” 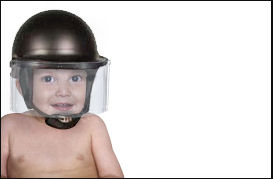 A final and definitive list of the 349 films showing at this year’s Toronto Film Festival was issued today, and the festival issued a press release highlighting the latest additions. I’ll try and assemble a final list of films I need to see sum-up later today — over 35? 40 or more? — and see how many of these films I’m going to be forced to miss due to time constraints.

New documentaries include Paul Crowder and Murray Lerner‘s Amazing Journey: The Story of The Who, Grant Gee‘s Joy Division, and Olga Konskaya and Andrea Nekrasov‘s Rebellion: The Litvinenko Case.