The deal between Wes Anderson and Owen Wilson before taping this thing seems to have been “let’s skirt and skate and basically chill.” It’s okay — Owen is dry and circumspect, Wes is relaxed — but they should have somehow dealt with the elephant in the room, if only to say to each other, “Is there an elephant in the room? What elephant? Okay, there may have been an elephant, but now it’s so, like, ‘not right now.'”

They taped it from different locations — Wes in New York, Owen in Culver City — and the nicest moment in this mild little chit-chat is when they do an electronic knuckle poke. 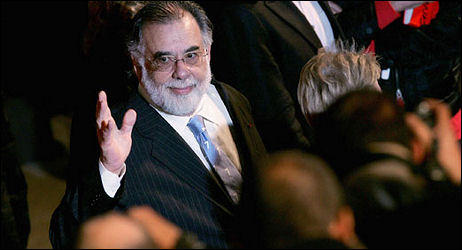 A journalist colleague says I’m “being a bit unfair” to Washington Times reporter Christian Toto in complaining that his 10.25 story about all the Iraq movies dying with the public is late to the party, old news, slow on the pickup.

“I have written a story for [a newspaper] on the same subject. It won’t run until a week from Sunday, but I pitched it at least a month ago. The problem is, the world of so-called entertainment ‘journalism’ has changed so drastically that except for a handful of papers — N.Y. Times, L.A. Times, Washington Post — getting stories with real content in is nearly impossible.

“Editors hem and haw. Everything takes a backseat to celebrity profiles. You always hear ‘how can we make it reader-friendly?’ Or ‘what sidebars can we put in?’ Don’t blame the few writers who actually want to pursue these stories; it’s the way the sections are edited these days that’s the issue.

“In [one newspaper’s] case, they will only run entertainment features [twice weekly], which means if you miss that cycle, you’re at least a week behind. Everything now is formatted. There’s little or no room for improvisation.

“As someone who cut his teeth writing solid, newsy features for [a major newspaper] back in the early ’80s, I feel like such a fucking dinosaur today.”

David Poland has written that Rachel Abramowitz‘s L.A. Times piece about a series of adult dramas tanking or underperforming with the public (a story that HE readers had a field day with yesterday) is “a mixed bag of truths, falsehoods, spin, and reaction to one piece of mean-spirited, self-serving gossip mongering.

“There is a real discussion to be had about how independent-minded movies are being released, how screens are held and lost, and what the future for this kind of product really might be,” Poland allows. “But hysteria over a few films that didn’t catch in limited releases is short-sighted hooey. There is no real story here. It’s a little more crowded and there is a little more star power in some of these misses, but it’s business as usual when you take a real look at it.”

Poland makes a couple of fair points (I agree that Michael Clayton has performed semi-decently, or at least that it doesn’t qualify as a tank), but the central obser- vation in Abramowitz’s piece — there’s too much product flooding the market, and that diminished ticket sales are part of the cause-and-effect — is unquestionable.

Knowing the Poland songbook as I do, I should add that if I had a quarter for every time I’ve heard Poland slam an article about some business-of-Hollywood topic by saying “there’s no story here,” I could afford a down payment on a new car.

There’s a loose-talk piece on Digital Spy saying that James McAvoy has been “tipped” to play Kurt Cobain in a movie version of Charles Cross‘s “Heavier Than Heaven“, a 2001 Cobain biography that Courtney Love (Cobain’s widow) and Howard Weitzman are looking to produce with Kite Runner screenwriter David Benioff allegedly adapting into screenplay form. 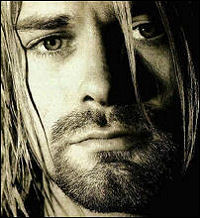 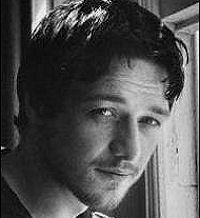 I flinched immediately upon reading this. Shouldn’t an actor at least vaguely resemble the actor he’s being “tipped” to portray? If you were producing this thing would you hire an actor who resembles Bob Dylan a lot more than Cobain, a famously blonde, blue-eyed, pretty-boy rocker with a beautiful Roman nose? McAvoy’s bee-stung honker is about as far away from the Cobain aesthetic as you can get.

Red Carpet District columnist Kris Tapley has written that four journos saw Paul Thomas Anderson‘s There Will be Blood last night on the Paramount lot. I may as well admit that I was one of them. But there will be no Blood talk from this columnist until after the San Francisco screening on Monday, November 5th, at the Castro. No vague hints, no between-the-lines innuendo…nothing. 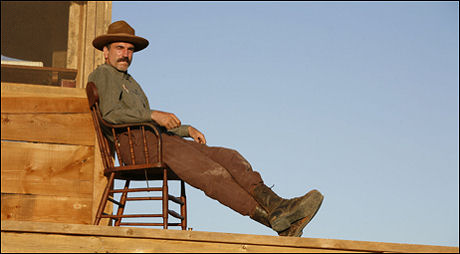 I need to take a moment and thank the folks at Time Warner for interrupting the column for two and a half hours this morning. It may still be out, for all I know — I finally gave up and drove to the nearest Starbucks. It’s not that wireless service goes down occasionally, but that the unfailingly polite technicians who answer when you call never just say “sorry, the service is out in your area.” Which would be fine. We all accept that machines don’t work perfectly 100% of the time.

Instead, they put you through the lower-level tech support paces, checking this and that and and generally wasting your time. On top of this they speak in chirpy little voices with exotic Third World accents that are all but impenetrable. Bring Samuel Johnson and Christopher Marlowe back from the dead and put them on the phone with these Time Warner bozos, and after five or ten minutes they’d curse you for giving them life again.

And Fantasy Moguls’ Steve Mason is reporting that next week (11.2 to 11.4) is shaping up to be a record-breaker with Jerry Seinfeld‘s Bee Movie (Dreamamount) apparently headed for $38 million to $44 million and Ridley Scott, Steve Z., Denzel Washington and Russell Crowe’s American Gangster (Universal) looking “almost certain to open at $40 million plus.”

“As pessimistic as it is — you have to squint hard to find the barest flicker of redemption in its denouement — Before the Devil Knows You’re Dead is also curiously exhilarating,” declares N.Y. Times critic A.O Scott. “Some of this comes from the simple thrill of witnessing something, or rather everything, done well. Even the overwrought performances — Albert Finney‘s growls, Ethan Hawke‘s twitches — have integrity and conviction. This is a melodrama, after all, and its lifeblood is in the manic acting, just as surely as it is in the plaintive horns of Carter BurwellÃ¢â‚¬â„¢s score.

“My grandfather, whose background was not so different from Lumet’s, was dismissive of movies that seemed overly dark or despairing. “There wasnÃ¢â‚¬â„¢t a single decent human being in the whole movie,” he used to complain. He might not have found any in Before the Devil Knows YouÃ¢â‚¬â„¢re Dead, but he would also have recognized the humanism that saves this harsh tale from nihilism. The screen may be full of losers, liars, killers and thieves, but behind the camera is a mensch.”

On the other hand, there’s only one Armond White, the N.Y. Press film critic who sometimes qualifies as the ultimate pain-in-the-ass contrarian. The guy is always feisty and incisive, and brilliant some of the time. But other times he gets down on his knees for films like “the excellent, excellent Munich” and trashes the incontestably intense and deep-drilling Before The Devil Knows You’re Dead.

He pops a cap into the back of the head of Sidney Lumet‘s film because “it’s too proudly depraved,” because “it lacks the seriousness [exemplified by] Sophocles’ Oedipus Rex,” because Lumet and screenwriter Kelly Masterson “continue the corruption of tragedy in the post-Sopranos age [and] fail to attain the lucid, credible emotion of modern tragedy (on view in The Brave One and Reservation Road)…Before the Devil is pathetic, a Hollywood tragedy.”

Read it again and reassemble: Reservation Road, White believes, exemplifies the “lucid, credible emotion of modern tragedy.” Meaning, in other words, that it has the good stuff and Before the Devil Knows You’re Dead doesn’t. I lean against a nearby street lamp post to keep from falling over. My mouth is open and my eyes are fixed and glazed.