Calling There Will Be Blood “an obsessive, almost microscopically observed study of an extreme sociopath who determinedly destroys his ties to other human beings,” Variety‘s Todd McCarthy says it “marks a significant departure in the work of Paul Thomas Anderson. Heretofore fixated on his native Los Angeles and most celebrated for his contempo ensemblers, writer-helmer this time branches out with an intense, increasingly insidious character study of a turn-of-the-century central California oil man. 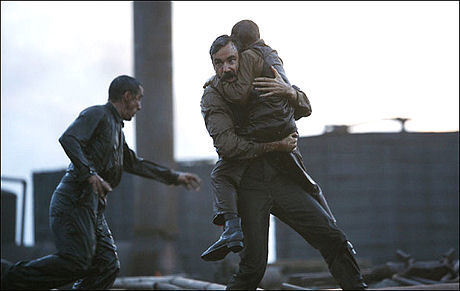 Zeroing in on the soul of a maliciously single-minded entrepeneur “is an odd theme on which to build a big movie, especially in view of the extreme manner in which it ends; one can only guess at Anderson’s personal reasons for dwelling on it with such unremitting fervor. But his commitment to going all the way must be respected in the face of conventional commercial considerations.

Daniel Day-Lewis‘ Daniel Plainview character “is a profoundly anti-social fellow, malevolently so, and There Will Be Blood devotes itself to scratching, peeling and digging away at a man determined to divest himself of his past and everyone associated with it.

“There’s no getting around the fact that this Paramount Vantage/Miramax co-venture reps yet another 2 and 1/2 hour-plus indie-flavored, male-centric American art film, a species that has recently proven difficult to market to more than rarefied audiences. Distribs will have to roll the dice and use hoped-for kudos for the film and its superb star to create the impression of a must-see.

“Officially penning an adaptation for the first time, Anderson turns out to have been inspired very loosely indeed by his source, Upton Sinclair‘s 1927 novel “Oil!” Pic betrays little of the tome’s overview and virtually none of socialist Sinclair’s muckraking instincts. Instead, it is more interested in language, and in the twinned aspects of industry and religion on the landscape of American progress.

“The film’s zealous interest in a man so alienated from his brethren can be alternately read as a work abnormally fascinated by cold, antisocial behavior, or as a deeply humanistic tract on the wages of misanthropy.

“Either way, Anderson has embraced his study of a malign man intimately, as has Day-Lewis, who, as always, seems so completely absorbed in his role that it’s difficult to imagine him emerging between takes as just an actor playing a part. Daniel is a man who will stop at nothing to achieve the unnatural state of becoming an island onto himself, and Day-Lewis makes him his own.

What’s with Todd McCarthy‘s There Will be Blood review being posted ten or fifteen minutes ago on the Variety website instead of next Monday (i.e., concurrent with the Castro theatre screening in San Francisco), which is what the embargo was supposed to be?

I saw Paul Thomas Anderson‘s film with McCarthy on 10.25 (along with Variety‘s Kris Tapley and Anne Thompson), but I’m holding my horses for another four days, like I said I would. It just goes to show what a rough and tumble game the earlybird reviewing game is. A deal is a deal until somebody breaks it or writes their own rules or cuts a new deal with one of the publciists.

I’m guessing that because McCarthy says only admiring and respectful things about this epic-sized film, Paramount Vantage wanted it out as the first word that would “set the tone,” as it were.

American Gangster will probably beat Bee Movie this weekend by at least $5 million, if not more. The Ridley-Denzel-Russell crime drama is tracking at 90,57 and 40 (mostly over-25 males) and should easily tally $40 million.

Jerry Seinfeld‘s Bee Movie is at 84, 40 (very strong “definite interest” for animated film) and 18, which means it’ll definitely crest $30 million and could reach the mid 30s. 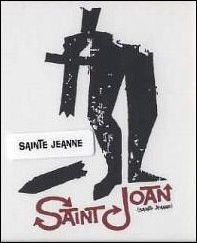 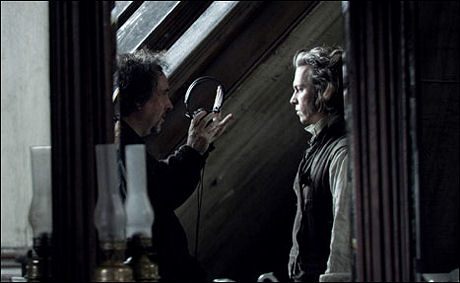 Universal Pictures isn’t exactly pushing Steven Zaillian‘s screenplay for American Gangster in the Best Original Screenplay category — the decision on these matters is made by the Writers Guild — but the trade ads will reflect this nonetheless, which will blow off any notions that the film is largely based upon Mark Jacobson‘s New York magazine article “The Return of Superfly.”

Likewise, Warner Independent is pushing Paul Haggis‘s script for In the Valley of Elah as a candidate for Best Original screenplay, which will blow off any notions that the film is largely based on Mark Boal’s Playboy magazine piece called “Death and Dishonor” that came out in 2005.

The view seems to be that the scripts for these films involved a lot more dimension, intrigue and detail than was provided by the initial magazine pieces, hence the claims of originality. (Original observation from Kris Tapley‘s Red Carpet District blog on 10.29 and New York magazine’s “Vulture” column on 10.31.)

Director-writer Tony Gilroy has built upon the industry’s admiration and respect for Michael Clayton, his still-in-play corporate thriller with George Clooney, Tilda Swinton, Tom Wilkinson and the great Sydney Pollack, and landed a followup gig as the director-writer of Duplicity, a Julia Roberts-Clive Owen thriller for Universal.

Sincere congrats on an excellent career move, but my God…that title. You hear it and without a second’s hesitation your mind says “second tier,” “Netflix,” “seen it before,” “disposable,” etc. I can see the DVD on the shelf at Laser Blazer as I write this. Michael Fleming‘s 10.31 Variety piece says Owen and Roberts will play amorous corporate spies employed by opposing companies “who team up to stage an elaborate con to rip off corporations and steal a valuable product.” I’m sorry, but that sounds a little too much like a Ryan O’Neal-Farrah Fawcett movie from the early ’80s.

Half of the problem will go away if Gilroy just changes the title. Any song or movie title with the letters “ity” at the end suggests roteness, boredom, disengagement. Multiplicity, synchronicity, plasticity, absurdity…all bad. 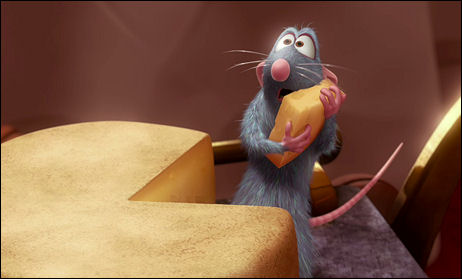 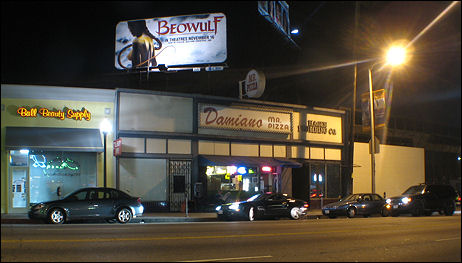