Certain filmmakers didn’t get back to me for my N.Y. Post Oscar Sunday piece, delaying progress and keeping me up until 1 ayem as I tried to slap it together based on quotes I had in time for this morning’s deadline. Didn’t make it, had to crash, woke up early, etc. I have to finish the damn thing this morning so no more posts until I do.

The passed-along allegation is that the central idea in Michel Gondry‘s Be Kind Rewind (New Line, 2.22) rips off an eight year-old episode of The Amanda Show on Nicholodeon. I have no dog in this hunt.

MTV’s Josh Horowitz and his creative tech team have thrown together a reasonably ambitious short in which Horowitz has inserted himself into the five Best Picture contenders as a kind of Oscar host. They’ve also thrown in a cameo by MTV’s Kurt Loder. Going for broke here. Not your father’s typical MTV report.

Coming Soon’s Edward Douglas has posted his final Oscar prediction column. Absolutely no surprises (he doesn’t even mention the apparent surge of Juno and Michael Clayton support in the Best Picture category) except for predicting Cate Blanchett to take the Best Supporting Actress Oscar, which I’m 90% convinced will go to Clayton‘s Tilda Swinton. “Hastiliy written,” he says, “but heavily researched. Granted, some of my picks are those who I think should win, but I did think this stuff out, even going against the favorite Juno for original screenplay.” 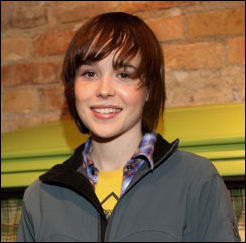 The Envelope‘s Pete Hammond isn’t quite buying into the scenario of an upset Best Picture win (i.e., either the much- loved Michael Clayton or Juno slipping in due to the gnarly nihilist vote being split between No Country and There Will Be Blood), but he’s toying with the scenario regardless. 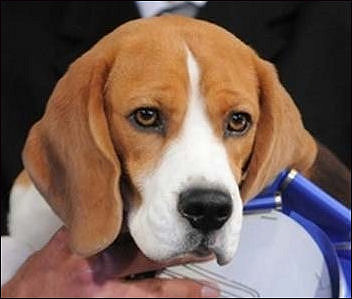 Hammond is basically acknowledging that the talk is out there (as I have, as others have) but is saying in the final analysis that he’s not persuaded there’s enough talk to change his prediction about a No Country triumph.
“The tide — and the votes — are in, and anything other than the guilds and critics favorite, No Country for Old Men, would be a major upset,” he states.
“With Crash it was clear in talking to voters in the week leading up to the ceremony that a tidal wave of support was taking place. It was overwhelming and hard to believe, since Brokeback Mountain had been so dominant. But it was real.
“This year there appears to be reasonable levels of Best Picture support for multiple films, including Juno and especially Michael Clayton, even a fairly strong pro-There Will Be Blood faction, but most likely not enough for one or the other to overcome the leading advantage of No Country.
“Unless you believe, that is, in the kind of miracles that have been happening lately in Super Bowls, dog shows, presidential primaries, etc.
“Clearly, hope reigns supreme over at Fox Searchlight, where they are chanting their mantra: ‘If it can happen to Uno, a lowly beagle who became numero uno in the Westminster Dog Show, it can happen to Juno!’
“Or at Warner Bros., where their awards consultants are shouting: ‘Yes We Can! If the country can vote for Barack Obama, the academy can choose our Clooney drama!”‘”