How can this new DVD release of Sidney Lumet‘s 12 Angry Men (out tomorrow) be called a “50th Anniversary Edition” when its U.S. theatrical debut was 4.13.57? Just don’t consult the information on the Amazon page, which doesn’t mention the voiceover and the two featurettes. This a new high-def transfer that looks a tiny bit better than the previous versions with slightly more visual information in the frame. If you’re a freak about this film (as I am), it’s probably worth getting. 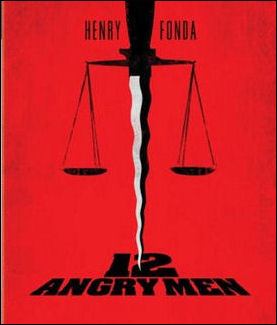 U.S. News political analyst Michael Barone “took a Washington Post-ABC Poll showing Hillary Clinton with a seven-point lead in Ohio and tried to figure out what that would mean in terms of the delegate breakdown,” reports the Cincinatti Enquirer‘s Howard Wilkinson.
“He concluded that if Clinton won Ohio by seven percentage points, she’d probably end up with only nine more delegates here than Barack Obama — not enough to cut significantly into Obama’s lead in the delegate count.”
And yet John C. Green, a political scientist at the University of Akron, said that “while a Clinton win by a small margin might not do her much good in the race for delegates, it could make it possible for her to carry on her struggling campaign. ‘She gets a psychological boost, but it wouldn√É¬¢√¢‚Äö¬¨√¢‚Äû¬¢t make much difference in the overall delegate count,’ said Green. ‘You’d really have to blow the other candidate out of the water to get a delegate advantage in Ohio.'”

I was on a night flight touching down at Dulles airport a few years ago, and I could tell as we got close to the runway that we were settling into extremely thick fog. Too foggy for the pilot, it turned out. Before we hit the tarmac he gunned it and soared back into the blackness above. Good man. May have saved my life.

I was also on a small jet in ’98 that was going faster and faster down the runway at Aspen airport, almost at liftoff speed, when the pilot suddenly cut the power and taxied back to the gate, having felt or seen something that wasn’t quite right. My kind of pilot.

The more boutique-y and quality-oriented the Oscars become (“quality” being in some cases synonymous with being less emotionally engaging or accessible), the less popular they will be with the “just looking to be entertained” serf class. That’s where it’s all heading so can we please, please stop with the analysis pieces sounding the dark gong about how much less the Oscars mean these days in terms of generating box-office punch?
“The Oscar bounce has all but disappeared,” N.Y. Times media guy David Carr wrote in a 3.3 column. “In part because the awards have been moved up in the year and the window in which a nomination could be used to attract to a wider audience has become shorter.
“In his book ‘Picures at a Revolution,’ Mark Harris recounts how The Graduate, one of the nominees he wrote about, had a two-year run, including before and after the Oscars. Nowadays, perfectly wonderful films like Sidney Lumet‘s Before the Devil Knows You’re Dead and Sean Penn’s Into the Wild are pushed out of theaters (and out of competition) within a few weeks to make room for other bets.”
Stop right there. If you have a taste for well-sculpted, wonderfully acted melodrama by way of Greek tragedy, Lumet’s film is wonderful. But if you just want something spunky, brisk and thrilling, I can imagine people who aren’t that bright or sensitive calling it a chore and a downer. Same with Into The Wild. If you don’t have a high regard for the film’s naturalist theme or a deep respect for Jon Krakauer‘s novel or an admiration for Emile Hirsch‘s acting or Sean Penn‘s directing chops, it’s not necessarily a “wonderful” film at all.
“As a result, the so-called Oscar movie is a very precise business exercise,” says Carr. “It must be reviewed ecstatically, be seen by loads of adults and receive love at the warm-up awards shows before the Oscars. These kind of films have no toy revenues, no prequels or sequels, and little penetration with youth audiences (give or take the occasional Juno). With that kind of math, it’s a little like playing nickel slots with half-dollar coins.”

If you need further proof that Hillary Clinton‘s campaign personality is vile and reprehensible, consider this charming observation she passed along last weekend about rumors that Barack Obama may be a Muslim: “No. No, there is nothing to base that on. As far as I know. On the basis of what he says.” 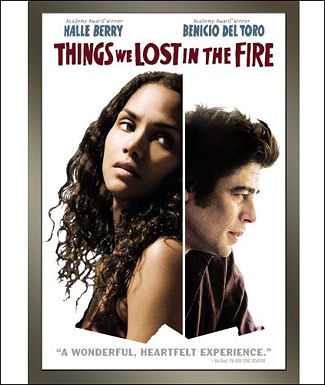 In ’85 and ’86 I worked for New Line Cinema as a freelance publicist on both coasts. A little Nightmare on Elm Street 2: Freddy’s Revenge, a little Critters, a little in-house p.r. writing. I worked out of my home in Los Angeles, and worked at New Line’s offices on Eighth Avenue for a period after that. In one sense it was a warm and familial place to be (my co-workers included a very young Mike DeLuca and producer Janet Grillo), and in another sense it had a dark neurotic vibe. 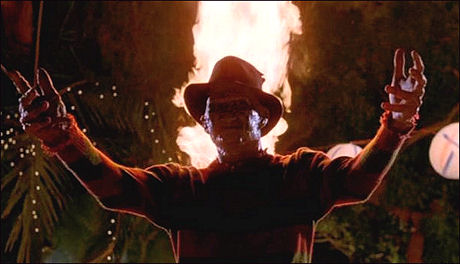 I grew up under the domain of an alcoholic dad, and can tell you that I felt the same disturbed, frazzled, self-loathing aura. But at the same time I was relieved that New Line wasn’t a chilly corporate place. Everybody felt, fed into or responded to the New Line vibe. Everyone worked hard, and no one was without their flawed, emotional, anxious and passionate moments. It was a very human place to be. I kind of loved it.

I worked hard and well for New Line, but they eventually canned me because they thought I was too full of my own juice and didn’t pay enough attention to proscribed boundaries. My biggest accomplishment was selling the idea of Freddy Krueger (as played by Robert Englund) becoming a kind of midnight-show cult figure among horror fans. (I’ll never forget marching up Fifth Avenue with Englund in Manhattan’s Halloween Night parade.)

The Nightmare om Elm Street films became a profitable franchise for New Line, and I was the first guy to sell the idea of Freddy’s cult coolness to pulse-takers like N.Y. Times feature writer Aljean Harmetz and Entertainment Tonight segement producer Pete Hammond.
I’m mentioning all this because the independent New Line is toast now, and because I was part of the team before it came big and flush and everyone cashed in/out and went swanky. Thank God in heaven I wasn’t there during the Lord of the Rings era. 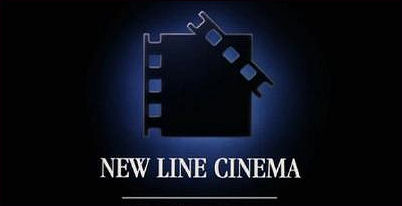 In a 3.1. N.Y. Times obituary, critic A.O. Scott writes that “it’s not for me to argue the merits of the decision to snuff out New Line’s independence. The dissolution of one corporate entity by another is rarely an occasion for sentiment, except perhaps among stockholders. But New Line Cinema was a link between the smooth, conglomerated present and a gamier, more entrepreneurial past. Mr. Shaye may live like Hollywood royalty, but his roots are in New York retail and in the nervy, disreputable world of grindhouses and exploitation pictures.

“[Shaye] was the man who made the 1930s drug-scare propaganda movie Reefer Madness into a staple of the late-’60s campus counterculture. He picked up, on the cheap, North American rights to Bruce Lee movies, and he helped turn John Waters‘s Pink Flamingos into a cult classic. And let’s not forget Freddy Krueger of the Nightmare on Elm Street series, or the Teenage Mutant Ninja Turtles.”

I tried reading David Halbfinger‘s 3.1 story in the N.Y. Times about the second-tier wtinesses scheduled to testify at Anthony Pellicano‘s racketeering/wiretap trial, which begins next week, and I couldn’t even scan it without getting bored. This story is so dead you could wrap fish in it.
As Halbfinger notes, “The investigation captured Hollywood’s imagination when Mr. Pellicano’s office was raided in 2002 and his dossier on industry heavyweights was seized. But the case has fallen well short of earlier expectations.”

F. Scott Fitzgerald is alleged to have written that “in the deepest and darkest regions of the soul it’s always three in the morning.” For 15 minutes I’ve been trying to find the exact source of this quote, and failing. If anyone knows for sure and can prove it with a link…

A “sweded” Once trailer from Ireland has been sent by Wesley Dolan. Glen Hansard, he writes, “has been hailed as a conquering hero since he returned home to Ireland [after the Oscars]. He’s in all the newspapers; he and Marketa Irglova were interviewed on Ireland’s leading chatshow. And ‘Falling Slowly’ is in heavy rotation on Irish radio stations. As Once flopped in its initial Irish release, it’s nice to see it finally having a moment in the sun.”