Another mixed response to The Dark Knight, this time from Newsweek‘s David Ansen. Calling it an “impressive, and sometimes oppressive, epic,” he says “there’s not a touch of lightness in Christian Bale‘s taut, angst-ridden superhero, and as the two-and-a-half-hour movie enters its second half, the unvarying intensity and the sometimes confusing action sequences take a toll. You may emerge more exhausted than elated. Nolan wants to prove that a superhero movie needn’t be disposable, effects-ridden junk food, and you have to admire his ambition. But this is Batman, not ‘Hamlet.’ Call me shallow, but I wish it were a little more fun.” 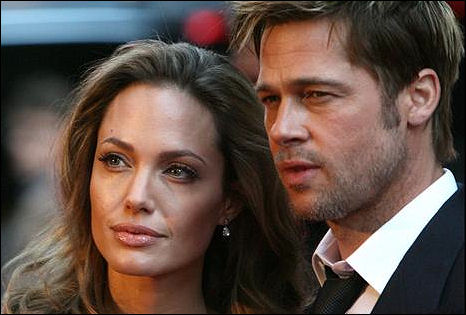 My interest is in Chateau Miraval, the $70 million dollar, 35-room estate near Aix en Provence which they’re reportedly intending to lease for three years. Who needs 35 rooms? Little kids always share bedrooms, Brad and Angie will share a room with the twins plus..what, a nanny and a couple of assistants? They could all probably make do with a ten-room mansion. Fifteen might be a wee bit extravagant. Twenty would be, like…whoa, take it easy. But thirty-five friggin’ rooms?
This isn’t my business but everyone is in everyone else’s face these days so why not? I’m talking about passing along decent values to your kids. I realize that Chateau Miraval is a working wine vineyard so you need facilities for the guys who work it, but it’s not a good thing to instruct your children through day-to-day experience that nouveau riche extravagance is the norm. Even if you pass along the best kind of emotional and spiritual upbringing by your words and deeds, an opulent lifestyle will always create a sense of swagger and entitlement and a nonstop litany of lusts and appetites.
The best thing you can do is give your kids to a natural, non-flamboyant, modestly-scaled life. They should have love and comfort and occasional perks, but mainly within the framework of a life based upon need and nutrition and not whimsical indulgence. Brad and Angie’s kids’ life should not be about what they’d like to taste or fuck around with or splash around in on a daily whim because their parents are loaded and “why not?” The Jolie-Pits are doing their kids no favors by bringing them up this way. 99% of the world lives in a world of limits and natural proportion.

The studio estimate I posted on Saturday morning for Hellboy II‘s opening weekend was $35 million and change. This estimate was made with a presumption that Saturday grosses for Guillermo del Toro‘s film would dip a bit on Saturday, as sequels tend to do. This is precisely what happened. After taking in $13.7 million on Friday, Hellboy II dropped to $11.7 million yesterday. GDT and Universal are savoring their first-place victory while it lasts, knowing that next weekend’s box-office heat will be almost entirely about The Dark Knight and Mamma Mia!.

W costars Josh Brolin and Jeffrey Wright were arrested at a Shreveport bar early Saturday morning, apparently for refusing to leave at closing time. Five other W crew members involved in filming the Oliver Stone movie were also involved. Wright was reportedly maced and stun-gunned, but otherwise no kickin’ and a gougin’ in the mud and the blood and the beer. The W guys got arrested by the bulls, however, and were all taken down to the station and had to post bail. 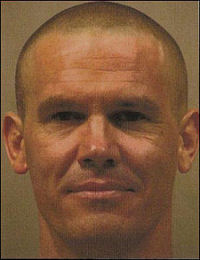 The Shreveport Times reported that Brolin was booked and posted $334 cash bond to be released. Police did not say Saturday night whether he or the others had been released. Brolin is portraying President George Bush in the film, and Wright is playing Colin Powell. W began filming in May in Shreveport.
“Officers were called to the Stray Cat, a bar in the 200 block of Travis Street, just after 2 a.m. to deal with a rowdy patron, according to a Shreveport police patrol report. As more officers arrived, several other patrons at the bar, including Brolin and fellow actor Jeffrey Wright, tried to impede the officers, according to the report. In all, the report lists 10 officers called to the ruckus.
“Brolin, Wright and four other people were charged with interfering with police, a misdemeanor.
“City Jail booking records show Brolin had $130 in his possession he had to hand over to police in addition to his driver’s license, a belt, a cell phone, a lighter, a ring, his wallet and a watch.”

A KSLA news story said that “workers at the Stray Cat Bar [said] they asked Brolin, Wright, and about five other crew members to leave the bar twice. When they didn’t leave, they say bartenders called downtown police who responded just after two in the morning.
“Police reports list officers arresting a 29-year-old Eric Felland for remaining in the bar, resisting arrest, and public drunkenness. Officers say five others who were hanging out with Felland, including both 40-year-old Brolin and 42-year-old Wright, interfered with the arrest. Police charged them with just that — interfering with an officer.
“A man who works the graveyard shift at a nearby downtown business says he saw most of the incident, where he claims there were at least four police cars and several bicycle police on scene.
“‘”I’ve seen my share of disturbances and for the most part the cops just send them on their way, but that was the first time I’ve seen that many people at once get escorted into cars, I mean I think it was getting to the point where the cops were checking with each other to see who had room to put [people] in,’ said downtown worker Anthony Thompson.” 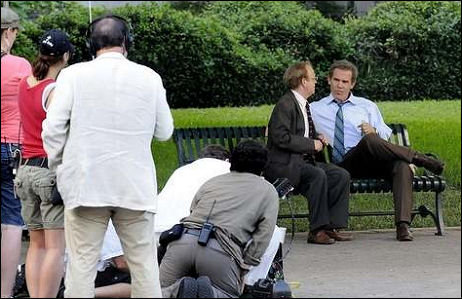