“After many years in the wilderness and being considered MIA professionally, Mickey Rourke, just like the washed-up character he plays, attempts a return to the big show in The Wrestler,” writes Variety‘s Todd McCarthy in a review posted early this evening.
“Not only does he pull it off, but Rourke creates a galvanizing, humorous, deeply moving portrait that instantly takes its place among the great, iconic screen performances. An elemental story simply and brilliantly told, Darren Aronofsky‘s fourth feature is a winner from every possible angle, although it will require deft handling by a smart distributor to overcome public preconceptions about Rourke, the subject matter and the nature of the film.
“Co-produced by Wild Bunch in France, where Rourke has retained his most loyal following through thick and thin, this is nonetheless an American picture through and through, beginning with the way it strongly evokes the gritty working-class atmosphere of numerous ’70s dramas.
“Spare but vital, and with the increasingly arty mannerisms of Aronofsky’s previous work completely stripped away, the film has the clarity and simplicity of a great Hemingway short story — there’s nothing extraneous, the characters must face up to their limited options in life, and the dialogue in Robert Siegel‘s superior script is inflected with the poetry of the everyday.”

I just stumbled out of a screening of Rian Johnson‘s The Brothers Bloom (Summit, 12.19), a sumptuous but impossibly silly and logic-free jape in the vein of…frankly, the movie it most reminded me of was the 1967 Casino Royale, which still reigns as one of the emptiest wank-off movies of the mid to late ’60s.
It’s an elaborate, European-set con-artist movie that imparts none of the fun or the thrill of the game. I didn’t know what was going on half the time, and I stopped caring around the 45-minute mark. Rachel Weisz, as a rich mark named Penelope, is lovely and delightful to hang with — I’ll give her (and the movie) that. But Adrien Brody, as the conscience-wracked half of the Brothers Bloom (sick of being a con-man, wants a real life, etc.), is glum and doleful and enervated, and infuriating for that.
Brody’s character’s last name is Bloom, as is his brother Stephen, who’s played by Mark Ruffalo…and yet Brody is repeatedly addressed as “Bloom” and Ruffalo is called “Stephen.” I fell in hate with the movie over this point alone.
I hated the relentlessly sullen poseur crap delivered by Rinko Kikuchi, who plays an appendage named “Bang Bang.” I wanted to see her knifed or shot or pushed into the ocean. All I could think when I watched Robbie Coltrane, who plays “the curator,” was “my God, the man has to lose some weight!” He’s really gone past the tipping point in terms of excess tonnage.
I lasted a little less than an hour, and I was reeling from the preciousness, the overdone contintental cutesiness, the feeling of being simultaneously mauled, tickled, fucked with and drugged by the impossibly faux-Wes Anderson style of the damn thing.
Rian obviously wants to be Wes, but this movie makes The Life Aquatic look like Yasujiro Ozu‘s Floating Weeds.
Some will say that The Brothers Bloom is lush and stylistically mesmerizing and beautiful to bathe in, in the empty sense of that term. But this is the kind of movie that appeals to 30-something Entertainment Weekly or New York magazine feature writers who have no taste to speak of.
It’s ravishingly composed and oh-so-poised with a sense of old-world European train-car romance (as it once existed 50 or 60 years ago) , and yet so stuck on its cleverness that I wanted to reach out and strangle the movie — pull it right off the screen, leap on top of it like a 350 pound wrestler and choke the life out of the damn thing . I counted at least 22 walkouts before I finally gave up. When I left two volunteers said to me, “Is it over? There are so many people leaving!” We all had a good laugh. 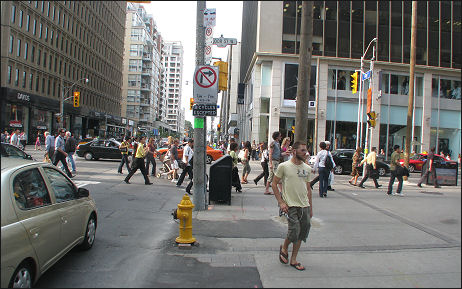 HE reader Chuck W. wrote to say “my daughters have voting age friends. Some of these young men and women admit they find the election interesting, but they aren’t registered. Why not? If they register, they might be subject to jury duty. I hope this is just anecdotal and not a wider trend.” 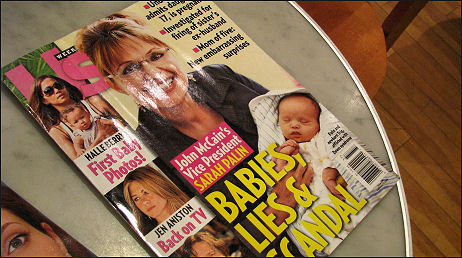 Let’s review the burgeoning Hurt Locker situation so far. The Toronto Star‘s Peter Howell started the buzz with his 8.31 rave. Then today Variety‘s Nick Vivarelli reported that Kathryn Bigelow‘s bomb squad actioner “gave the Lido a jolt and proposed itself as the Iraq pic that might break through to American auds.”
I also got an e-mail today from cinema2000‘s Nuno Artunes saying that “our correspondent at the Venice Film Festival has just written to say Bigelow’s movie is the best so far at the competition — 5 stars out of five, and he’s not easy to please.”
I’m mentioning all this only to put the Hurt Locker pan from Variety’s sourpuss critic Derek Elley in perspective. Nobody’s “right,” everybody has their persepctive, etc., but how could all these other guys be going “wow” and “whoo-hoo” and then aong comes Elley, less bowled over by the rush of it, and says “war may be hell, but watching war movies can also be hell, especially when they don’t get to the point.”
The best competition movie of the Venice Film Festival so far vs. a hellish unoriginal viewing experience. That’s one hell of a gap. The Hurt Locker will screen for the TIFF press on Tuesday.

This trailer for Gus Van Sant‘s Milk looks awfully good. Just a trailer, but it looks right, feels right, and is very nimbly cut. Sean Penn‘s Harvey Milk performance feels like a knockout. (If only he were taller! Sorry, but it’s hard to dislodge the Times of Harvey Milk footage of the real McCoy, who was something like 6’3″ and had really big feet.) This is definitely the Gus of Good Will Hunting and Drugstore Cowboy…but please, not Finding Forrester!

11 Comments
Speaks For Itself

I was told last night that Fernando Meirelles‘ Blindness, which I didn’t much care for when I saw it at the Cannes Film Festival, has dropped the Danny Glover narration track. That’s a good thing. As I wrote last May, “I was hoping for a film that would rigorously avoid any attempt at pushing metaphor into viewer’s faces. That is precisely what Blindness does by way of [Glover’s] narration voice-over.” I’ll be catching the new version on Saturday night.

There are two kinds of press passes being handed out at the Toronto Film Festival — P for priority and I for insect. Other interpretations: industry, invisible, inscrutable, insignificant, indelible, insubstantial, indomitable, intelligent, insubordinate. 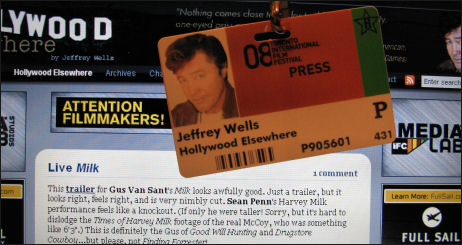 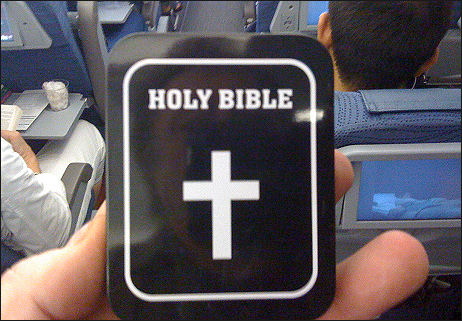 I wanted to watch Sarah Palin‘s Republican Nat’l Convention speech last night, but I wanted to hang back with the gang (see below) a bit more. MSNBC’s First Read declared that “conservatives have found their Obama. Win or lose, Palin has already established herself as the future star of the party. She stayed within her comfort zone, avoiding issues she’s not up-to-speed on just yet. The only question is whether her tough sarcastic words for Obama played well with swing voters, who were hearing her for the very first time.” Reactions?

Sidenote: Malcolm Johnson has passed along the following: “In 2006, Sarah Palin defeated Tony Knowles for Governor. In preparation for the campaign, Knowles put together a 63-page “research document” about her hiistory as Mayor of Wasilla. Anita Dunn once worked on that campaign, is now working for Obama. Here it is. 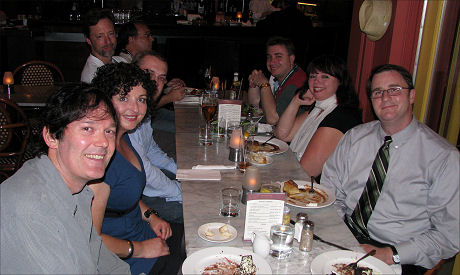