Thanks to Politico‘s Jeffrey Ressner for passing this along… 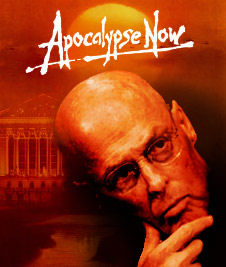 “David Letterman is no Walter Cronkite. He’s not even Ed Sullivan. But he is the face that millions of Americans see before turning in for the night. For years, John McCain has appeared on his show, even announcing his intention to run for president on the program. And to have the affable Letterman visibly boil and go on the offensive showed that, perhaps, McCain, whose campaign has stumbled since the beginning of this economic crisis, is in bigger trouble than one would think.
“Perhaps McCain won’t say, ‘If I’ve lost Letterman, I’ve lost middle America.’ Does Letterman even say his audience is ‘middle America?’
“But one wouldn’t be surprised if the Republican candidate began to smell a strong odor seeping into the vents of the Straight Talk Express.” — Sridhar Pappu writing in today’s (9.25) edition of The Washington Express.

I work pretty hard all day, extreme concentration and tension and furrowed brow, and all these guys do is sleep and do this all day.

“If Barack Obama doesn’t become the next President of the United States, I’m going to blame the Jews. I am. And I know you’re saying, like, oh my god Sarah, I can’t believe you’re saying this! Jews are the most liberal, scrappy, Civil Rightsy people there are. Right, that’s true…but you’re forgetting a large group of Jews who are not that way. And they go by several aliases.”

Variety‘s Anne Thompson, one of those who declared last May that Steven Soderbergh‘s Che was a problem movie because it lacked story tension and movie moments, has written about how the forthcoming New York Film Festival showings may “provide a fresh opportunity for an iconic Argentine revolutionary to find new life on American shores.” The two-part epic, which I saw and loved for the second time in Toronto, is now twelve minutes shorter than the version that played in Cannes.

I love hearing the dirt or reading about it in the checkout line, but I’ve always thought it slimey and wrong to dredge up the private lives of political candidates. The press corps was right not to pester JFK for his randiness. Jimmy Carter shouldn’t have taken heat for admitting to “lust in his heart.” Beating up on Bill Clinton for Monica Lewinsky was absurd — his absolute refusal to talk plainly or honestly to Ken Starr‘s inquisitors was one of the moral high points of his administration.
Granted, John Edwards was an absolute fool and a scumbag to have run for the Presidency when he knew his affair with Rielle Hunter would come out sooner or later. If he had won the nomination and then the scandal has broken, John McCain would almost certainly be the next President. But in most cases sex should be private and left alone. It’ll never happen, but Americans would do well to think and act like the French.
So as much as I despise and fear Sarah Palin, I don’t think people should go after her for an extra-marital affair that she apparently had twelve years ago. With a guy named Brad Hanson. Whatever. The tabs won’t drop it, of course, but this kind of material should be off-limits in a campaign. In this respect she just succumbed to a normal impulse or need or weakness.
The reasons to not vote for Palin-McCain are ample. The focus should be on her primitive attitudes, her ignorance, her myopia and general unsuitability for the job of Vice-President. It should stop there.

In a laundry-list story about upcoming Disney projects, Variety‘s Marc Graser has reported that Johnny Depp has agreed to reprise his role as Captain Jack Sparrow in a fourth Pirates of the Caribbean pic and also play Tonto in a bigscreen adaptation of The Lone Ranger, both of which will be produced by Jerry Bruckheimer. 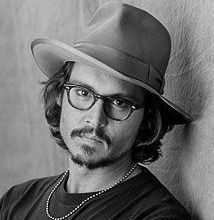 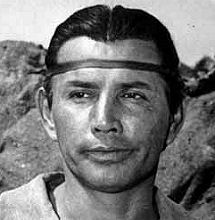 Whoa, whoa. I think we need to repeat this. Johnny Depp is going to play Tonto in a big-budget Lone Ranger movie. Meaning that it’s going to be a jape? How could Depp’s Tonto be performed with any sincerity? How can it not be satiric-ironic-moronic?
Depp will also star as the Mad Hatter in Tim Burton‘s Alice in Wonderland pic.
Disney distrib chief Dick Cook has called the upcoming pics for the rest of this year and 2009 “the most creative slate of films in Disney history,” Graser reports. These films will include High School Musical 3: Senior Year, Bedtime Stories, Race to Witch Mountain, Hannah Montana: The Movie, Old Dogs, The Princess and the Frog, Robert Zemeckis’ A Christmas Carol and Pixar’s Up.
The most creative slate of films in Disney history? Not in the view of Ain’t It Cool‘s Mr. Beaks.
Kimosabe means “trusty scout” or “trusty friend.”

The day before yesterday L.A. Times guy Josh Friedman reported that Fireproof, a Christian drama with Kirk Cameron as a firefighter struggling to save his marriage, “has been No. 1 in advance sales on movie ticketing site Fandango.com with 31% of this week’s business, albeit in a slow marketplace — even outpacing sales for the big-budget popcorn thriller Eagle Eye, starring heartthrob Shia LaBeouf.”

The Fandango numbers, he reported, are due to “grass-roots support and bulk purchases from churchgoers.
“Nobody expects Fireproof, which Samuel Goldwyn Films will open Friday at 800-plus theaters, to replicate the phenomenon of Mel Gibson’s The Passion of the Christ, which jolted the movie industry by grossing $83.8 million during its first weekend in 2004. Nor will it challenge DreamWorks/Paramount’s Eagle Eye, which is widely expected to be this weekend’s top grossing movie. Indeed, the micro-budget Fireproof production might have a hard time even cracking the top 10 at the box office this weekend.
Basically, Friedman said, it might do business along the lines of Facing the Giants and Omega Code.

The opening four and a half minutes of Carlos Reygadas‘ Silent Light, which I didn’t see in Cannes or Toronto because I’ve learned to say “later” with this guy. I seem to lack the depth and the patience to get through a Reygadas film without leaning forward in my seat and covering my face with my fingers. But watch this clip and tell me it’s not beautiful, primal and faintly haunting. In the vein of the opening moments of Mike Nichols‘ Catch 22, only much slower.

HE reader Christian Hamaker said this morning that “certain film sites are abuzz with the news that Silent Light will finally will have its American theatrical debut this Friday in New York. I’m not sure why this exhibition is considered an official ‘release’ — maybe I’ve got my terms wrong. I’d like to know if the film has an actual distributor, and whether it will be playing in other cities.”
I can’t even locate the Manhattan theatre it’s supposedly playing in this weekend, and that’s always a no-brainer.
Silent Light has an 81% positive Rotten Tomatoes rating from the creme de la cremes. N.Y. Times critic Manohla Dargis swooned, saying that it “provokes awe not just for its sheer beauty but for the astounding leaps in seriousness and maturity that Reygadas has made since Battle in Heaven.” Lesson of Darkness critic Nick Schager has called it “the near-epitome of art-cinema pretentiousness.” Slant‘s Ed Gonzalez, whom I almost never agree with, called Reygadas “a wonky impressionistic filmmaker, prioritizes aesthetics above social inquiry throughout the film, presenting the lives of his reclusive Mennonite community as something out of the imagination of Grant Wood.”

Patience is a virtue, of course, but it rarely comes into play when an old dog is learning a new trick. Courtesy of the 23/6 guys, who posted this yesterday.

Cheers and salutations to Matthew Belinkie, who posted this video on overthinkingit.com earlier today. One shot doesn’t work but otherwise it’s nearly perfect. And the speed in which it was composed! Bush only spoke last night.