I’m sorry to read about L.A. Times film critic Carina Chocano getting the hook over at the L.A. Times. Tough deal, but it’s going this way for so many good critics, reporters and editors these days. I’m not sorry for my good fortune in owning a respected site that can only grow and strengthen, putting me for once on the right side of the equation with a truly secure foothold, but I’ve been through layoff traumas and know what it feels like. My heart goes out to all print people suffering through the Big Implosion. 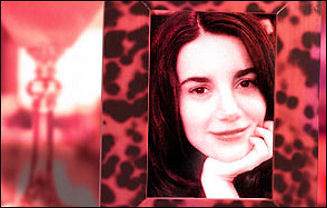 When Chocano first got the gig she was seen by some within LAFCA (the Los Angeles Film Critics Association) as not “Catholic” enough. She hadn’t gone to catechism, wasn’t really and truly “of the cloth,” etc. But she’s a good writer, she has a passionate heart and, for my money, knows movies well enough. I hope she lands somewhere or figures something out soon.

“I thank God for Judd Apatow,” Zack and Miri director Kevin Smith has told N.Y. Times reporter David Itzkoff, “because he shattered what I assumed was a $30 million ceiling.” The story is basically about how the Apatow imprint is all over under-30 humor these days, and how the Apatow brand “has reinvigorated Hollywood’s appetite for R-rated humor,” and how Smith may not be getting full credit for working in this vein before Apatow started mining it. Caution: Itzkoff’s story is dated 10.24. Three days ago!

The sudden departure of DreamWorks partner (or former DreamWorks partner) David Geffen has been written about by N.Y. Times reporter Michael Cieply. Which again raises the question, who cares about this stuff except industry reporters and their editors? My energy levels plummet each and every time I read about this or that corporate hotshot making a move. I’m not saying these guys aren’t newsworthy. I’m saying that the reading about big dicks buying and selling Monopoly hotels offers, for me, zilch in the way of intrigue. Because it’s the same story every time.

Note that Ed Meza‘s 10.27 Variety story about the big 70mm retrospective that’ll be shown at next year’s Berlin Int’l Film Festival doesn’t actually say that each and every film will be shown in 70mm — it says only that the program will show films that were shot in 70mm. I’m not assuming David Lean‘s Lawrence of Arabia won’t be shown in 70mm (as 70mm prints of that 1962 classic do exist), but will William Wyler‘s Ben-Hur and Joseph L. Mankiewicz ‘s Cleopatra be shown in this format?

I’m not aware that 70mm prints of these films exist, and the Variety story fails to provide the specifics. A 70mm print of Ben-Hur would project an aspect ratio of 2.76 to 1. Ben-Hur hasn’t been seen in this aspect ratio since the roadshow engagements happened in 1959 and ’60. I shouldn’t talk but I don’t remember hearing from anyone that a good-condition 70mm print of Cleopatra is intact and screenable either. Am I wrong? I’m asking.

Meza adds that Franklin J. Schaffner‘s Patton, Stanley Kubrick‘s 2001: A Space Odyssey, Robert Wise and Jerome Robbins’ West Side Story, Wise’s The Sound of Music and Gene Kelly’s Hello, Dolly! will bne shown during the program. Again, it is presumed that 70mm prints of at least some of these films will be projected in Berlin, but the Variety story isn’t specific.

A just-posted CNN.com story by Abbie Boudreau and Scott Bronstein reports that “more than 50,000 registered Georgia voters who have been ‘flagged’ because of a computer mismatch in their personal identification information. At least 4,500 of those people are having their citizenship questioned and the burden is on them to prove eligibility to vote.

“Experts say lists of people with mismatches are often systematically cut, or ‘purged,’ from voter rolls. It’s a scenario that’s being repeated all across the country, raising fears of potential vote suppression in crucial swing states.

“‘What most people don’t know is that every year, elections officials strike millions of names from the voter rolls using processes that are secret, prone to error and vulnerable to manipulation,’ said Wendy Weiser, an elections expert with New York University’s Brennan Center for Justice.

“That means that lots and lots of eligible voters could get knocked off the voter rolls without any notice and, in many cases, without any opportunity to correct it before Election Day.”

On top of which a 10.24 N.Y. Times story by Dan Frosch reports that “a national voter group filed a lawsuit against Colorado Secretary of State Mike Coffman alleging that as many as 30,000 voters had been purged from the rolls in Colorado. According to the Advancement Project, which filed the lawsuit in Federal District Court in Denver, Mr. Coffman, a Republican, illegally disqualified thousands of voters by removing them from voter rolls within 90 days of Election Day, which is prohibited by federal law.”

AICN has exclusively posted the trailer for Susan Montford‘s While She Was Out (12.12), an effective, pared-down thriller about Kim Basinger vs. a crew of low-rent, white-trash predators led by Lukas Haas. (Yes, the cute little Amish kid with the big black hat in Witness has grown into a grungy guy with the demeanor of a sociopath animal.) Is Montford the new Kathryn Bigelow?

Here’s a riff on the film by AICN’s Moriarty, and a take by Latino Review‘s George “El Guapo” Roush

“And finally, Barack Obama has to give comedians something to work with. Seriously, here’s a guy who’s not fat, not cheating on his wife, not stupid, not angry and not a phony. Who needs an asshole like that around for the next four years?” — from Bill Maher‘s latest “New Rules,” aired last Friday night.

Julian King, the missing 7 year-old in the Jennifer Hudson family murder case, has been found dead inside an SUV parked on a street. It’s an ongoing tragedy that won’t stop hammering this poor Chicago-based family. Devastating.

I posted my first story/item about Barack Obama during the 2007 Sundance Film Festival, or roughly 21 months ago. Today, in any event, marks the beginning of the final week of ’08 Presidential campaign. Eight and a half days from now, all present-tense anxieties will be stilled and we’ll all start to feel a huge depressing shift in the current.

It’s probably unrealistic to hope for 60 Democratic U.S. Senators once the dust has settled, but it’ll be beautiful if it happens. An FDR-like New Deal overhaul of priorities would be possible. The next step would be to go out and really do something about the right-wing crazies once and for all. If I could exterminate the lot of them by clapping my hands three times, I would clap my hands three times. No, that’s going too far. I didn’t mean that. What if the worst of them could be forcibly relocated to Alaska? Then they could all get together and eventually secede with Palin leading the charge and running the show. That wouldn’t be a bad thing at all. It really wouldn’t.