“I saw Gran Torino last night,” says HE reader Andrew. “It’s clunky and heavy-handed at times, but very effective. Eastwood the actor has never been better in a moving and often hilarious performance. This kind of reminds me of the Million Dollar Baby syndrome. Like Flags of Our Fathers, the hyped Changeling underwhelmed me. But like Baby, the out-of-nowhere Gran Torino completely works.”

Gran Torino is having its first big L.A. press screening next Monday night (12.1). Those of us on the other coast, per custom, will have to wait.

In the view of Variety‘s John Anderson, Darnell Martin‘s Cadillac Records (TriStar, 12.5) “approaches the blues with the enthusiasm of an overcaffeinated brass band, [but] nonetheless makes some kind of music, mostly because she mines a righteous, mythic sensibility out of the story of Leonard Chess, Muddy Waters and the birth of the Chicago blues. 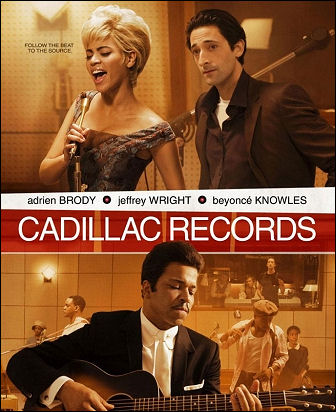 “The second feature this year to focus on the same musicians, Cadillac Records takes a far broader approach than Jerry Zaks‘ Who Do You Love, which concentrated more on the conflicted character of Chess than on the artists he hired, promoted, profited from and, some say, exploited.

“In Cadillac Records, Adrien Brody cuts an appropriately oily figure as the man who founded Chess Records in 1956, while Wright delivers a performance of eloquent, simmering dignity as Waters — the first Chess star, one of the great vocalists in American music and the dramatic engine of Martin’s film.

“As a racial parable that couldn’t be timelier. Chess Records was a mixed marriage — the owner was a Polish immigrant, his artists were African-American, and much of the America they inhabited was hostile to any such arrangement. This all comes to a head after Chess signs Chuck Berry (a dryly funny Mos Def), whose hybridized pop sound had some promoters thinking he was a white country singer.

“Berry is the guy who puts Chess over the top; as someone says, they’re not sure what he’s playing, but it’s not the blues. But it sells, and it bridges the racial divide: In a scene duplicated in Who Do You Love, the velvet ropes separating whites and blacks at a Berry concert are toppled by the audience.

“That Martin later has Knowles reprise the entire racial psychology of America through James and her seemingly insoluble identity problems, by contrast, is overkill; Knowles gives a soulful portrayal, but her part of the movie seems to exist in another dimension entirely.

“The music — most of it performed by the actors themselves — has a real richness to it, if not quite the muscle of the Chess records themselves. Recording sessions are shot like live concerts; the club gigs feel sweaty and smoky. And Def’s Berry performances succeed in capturing what it felt like when the blues had a baby and they named it rock ‘n’ roll.”

This time with a bit of narration. Narration? That’s like a Harvey thing.

Shame enough that MCN’s Gurus of Gold haven’t supported Steven Soderbergh‘s Che as one of their Best Picture favorites, but it is absolutely infamous that not one of them voted for it, even as a ninth or tenth-place choice. History will not judge them charitably, much less kindly.

The reportedly awful Defiance gets a #7 ranking from Sean Smith and #9 rankings from Kris Tapley and Anne Thompson, and Che, which is so much more than that Ed Zwick film that comparisons are a waste of breath and brain cells, is blanked by these three? This is unconscionable. I know what I know.

N.Y. Post critic Lou Lumenick, incidentally, has given a #9 ranking to Valkyrie. A faith vote based on admiration for director Brian Singer, or has he seen it?

19 Comments
Credit Where Due

Brad Pitt‘s Benjamin Button performance is passivity incarnate. Not that there’s anything wrong with that. He simply chooses (or was told) to become the watcher — a nice fellow who delights in absorption of all things, a sponge man. But his best performance of the year, hands down, was in Burn After Reading. He wasn’t Hamlet in that Coen Bros. film, but Pitt’s every line and gesture was a kick. His gym instructor was stupidly, radiantly alive, and brimming with presence. 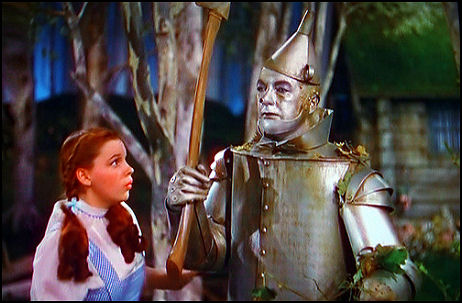