At Thursday night’s BFCA awards Angelina Jolie reportedly said “she’ll be in front of the camera early this year [but] didn’t say what projects she may be working on.” She also told a reporter that she “may” work for a few months. My understanding is that she will start working in March — no ifs, ands or buts.

The film she’ll be starring in is no secret. It’s called Salt, a CIA thriller formerly known as Edwin A. Salt, which Tom Cruise planned to make earlier this year before he changed his mind. The part was given a sex-change to accomodate Jolie’s subsequent interest. The big-budget effort will be directed by Phillip Noyce, based on a script written by Kurt Wimmer.

Berkshires from Hollywood Elsewhere on Vimeo

I’ve now been invited to least one Sundance Film Festival Barack Obama inauguration breakfast-and-bagels high-def viewing party, being held at a place on Park City’s Main Street. I won’t identify the folks throwing the event, but it’s about publicizing a pro-earth documentary called Dirt! The Movie — i.e., not about the Courteney Cox Fox TV series. 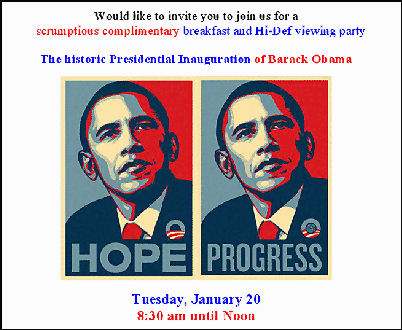 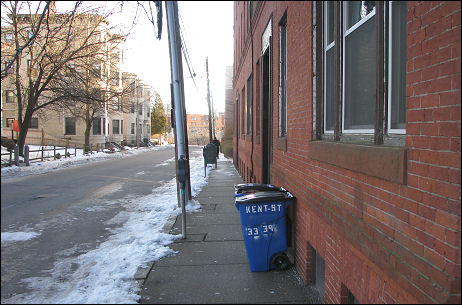 Saturday, 1.10.09, 8:35 am. Renting a U-Haul this morning, driving some broken-down couches, a table and boxes of clothes to Jett’s new digs on the Syracuse campus. Limited…make that no wi-fi on the road, except at rest stops.
January 10, 2009 6:49 amby Jeffrey Wells
18 Comments
Stand Aside, Ladies

Big Hollywood‘s Steve Mason is reporting that contrary to yesterday’s expectations, Clint Eastwood‘s Gran Torino has cleaned the Bride Wars clock. The deeply loathed Kate Hudson-Anne Hathaway comedy made about $7.5 million yesterday for a projected $21 million by Sunday night, but Torino will beat that total by $9 million. 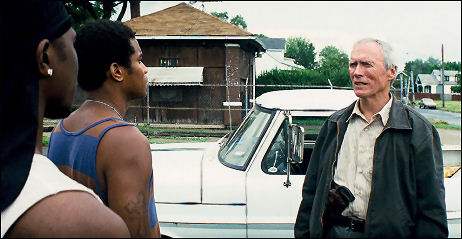 The wide-breaking Eastwood flick tallied $10 million yesterday and could hit $30 million by Sunday night, which would be an opening-weekend Eastwood high. (The second biggest is the $18,9 million earned by Space Cowboys followed by $15.2 million for In The Line of Fire.) Add this to the holiday platform earnings and Torino will have about $41 million.

This sort of commercial success could boost the chances of Eastwood landing a Best Actor nomination…no? Especially since he deserves one on the merits alone?

Nicole Kidman has admitted to extreme discomfort while watching Australia during the Sydney premiere screening in November. Quotes have either been heard by or passed along to the Daily Mail‘s Richard Shears that she “squirmed” in her seat, that she “can’t look at this movie and be proud of what I’ve done,” that she turned to husband Keith Urban and asked “am I any good in this movie?” and decided that it’s “just impossible for me to connect to it emotionally at all.’

I was too lazy and unfocused to reply to The Envelope/Gold Derby‘s Tom O’Neil with my Golden Globe predictions, but others got around to it. Here are calls from Thelma Adams (Us Weekly), Scott Bowles (USA Today), Peter Howell (Toronto Star), Dave Karger (Entertainment Weekly), Marshall Fine (Star Magazine, Hollywood and Fine), Kris Tapley (InContention.com), Brad Brevet (Rope of Silicon), Scott Feinberg (Feinberg Files, The Envelope), Peter Travers (Rolling Stone), Pete Hammond (Notes on a Season, The Envelope), Edward Douglas (Comingsoon.net) and O’Neil.

A female publicist friend complained earlier today about my having referred to Avi Lerner, Boaz Davidson and Danny Dumbort, producers of the upcoming Sylvester Stallone film The Expendables , as “the Bad News Jews of the 21st Century.” It just came trippingly off the tongue, but I suppose it sounded a bit raw. So I wrote her back to explain and fill things in.

Back in the ’80s, I said, the term “Bad News Jews” was a commonly used slur aimed at Cannon Films honchos Menahem Golan and Yoram Globus, who more or less pioneered the Israeli rug-merchant approach to making and producing movies. Everybody in the business used this term and joked about it, I explained, so don’t get all huffy on me — I’m just recycling.

Menahem and Yoram, whom I briefly worked for in the mid ’80s and came to know from a distance, were thought of by some as the Godfathers of the Israeli Hollywood mafia. They came from the Dino de Laurentiis/Carlo Ponti big swagger school of producing. When I worked for them they were always talking deals, territories, packages, int’l grosses, etc. but the word around Cannon was that they never read any scripts and never seemed to really get the joy and wonder and music of movies the way the real filmmakers did (and still do). And they were more or less thought of as bloated commoners, plebes, vulgarians.

In any case they paved the way for and sired their successors, in a manner of speaking, as various oily financiers, slick wheeler-dealers and hot-shot Euro-styled producers like Philippe Martinez, Elie Samaha, Giancarlo Peretti, Jean-Marie Messier, Bob Yari and Avi Lerner came along and more or less picked up the same torch and ran with it. 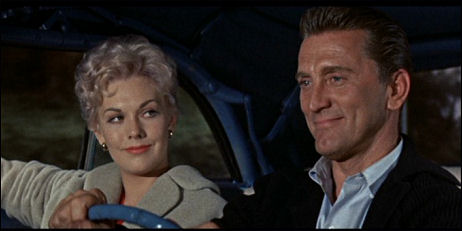 The first six minutes of Bryan Singer‘s Valkyrie are now live on Apple.