43 Comments
Late to the Table

“All I can think of, right here and now, is how wrong every inch of this production felt, from start to finish (minus that nifty opening credits montage).” — from Kris Tapley‘s Watchmen pan. Which, he writes, “should go at least some small way toward disproving your ‘fanboys will love it when the rest of us don’t’ thing.”

To commemorate the ten-year anniversary of the death of Stanley Kubrick , I’m going to run a March 2000 trash piece called “Stanley Was Slippin’,” which I re-posted last June. It’s not that I don’t love and worship Kubrick’s films (with the exception of Fear and Desire and Eyes Wide Shut); it’s just that this is the cleanest and tightest thing I’ve ever written about him: 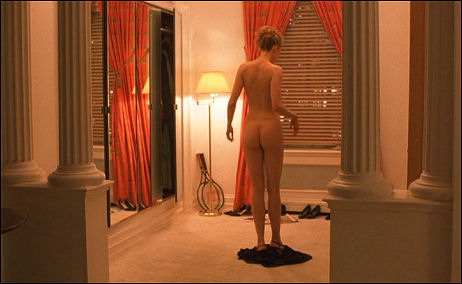 “Stanley Kubrick was one of the great cinematic geniuses of the 20th century, but on a personal level he wound up isolating himself, I feel, to the detriment of his art. The beloved, bearded hermit so admired by Tom Cruise and Steven Spielberg (both of whom give great interviews on the Eyes Wide Shut DVD) had become, to a certain extent, an old fogey who didn’t really get the world anymore.

“What Kubrick chose to create is not being questioned here. On their own terms, his films are masterful. But choosing to isolate yourself from the unruly push-pull of life can have a calcifying effect upon your art.

“The stiff, phoney-baloney way everyone talks to one another. The unmistakable feeling that the world it presents is much closer to 1920s Vienna (where the original Arthur Schnitzler novel was set) than modern-day Manhattan. The babysitter calling Cruise and Kidman ‘Mr. Harford’ and ‘Mrs. Harford.’ If there is one teenaged Manhattan babysitter who has ever expressed herself like a finishing school graduate of 1952 and addressed a modern Manhattan couple in their early 30s as ‘Mr.’ and ‘Mrs.,’ I will eat the throw rug in Dave Poland‘s apartment.

“The trite cliches that constitute 85% of Tom Cruise’s dialogue. The agonizingly stilted delivery that Nicole Kidman gives to her lines in the sequence in which she’s smoking pot and arguing with Cruise in their bedroom. That absolutely hateful piano chord that keeps banging away in Act Three.

“The ultimate proof that Kubrick was off his game in his final days? He was so wrong in his judgment that the MPAA wouldn’t hit him with an NC-17 rating for the orgy scene that he didn’t even shoot alternative footage he could use in the event he might be forced to prune the overt nudity. He was instead caught with his pants down and forced to resort to a ridiculous CGI cover-up that makes no sense in the context of the film. (Would Cruise’s sexually curious character be content with just seeing the shoulders and legs of the sexual performers as he walks through the mansion? Wouldn’t he make a point of actually seeing the real action?)

Big Hollywood‘s Steve Mason reports that while that $25.2 million Watchmen figure from yesterday is accurate, the Warner Bros. release is downticking “due to running time and shaky word-of-mouth.” Mason is now projecting $57 million instead of $70 million by Sunday night and a grand domestic tally of $145 million.

So where’s the Blu-ray of this one, Criterion?

If by clapping my hands three times I could Dr. Manhattan the right-wing teardown agents who are doing everything they can to block and tarnish Team Obama without offering anything in the way of constructive ideas or strategies for getting us out of this rancid mess (which the righties got us into with their free-market coddling of Wall Street sociopaths), I would clap my hands three times. If there was ever a time in this country’s history in which the term “smite the Philistines” needs to be literally acted upon…

“Tomorrow’s convenience”? This was carved only two years into the Great Depression. A decade of difficult deprivation would follow for all but the wealthy. Which we’re facing now, most likely. Read this 3.7 N.Y. Times story about “a vast remaking of the economy” now underway. It’s worse than generally realized.
March 7, 2009 11:51 amby Jeffrey Wells

The mood-setting visuals before the strum-and-wail music portion are striking, to say the least. Exquisite photography and a generally fine job by Portland-based actor-director Scott Coffey (Ellie Parker). The band is the Handsome Furs.

I had a nice plate of Eggs Benedict and some very cool conversing this morning with Duplicity director-writer Tony Gilroy at BLT, an upscale country-type restaurant at the corner of Sixth and Central Park South. An industrial espionage caper romance with Clive Owen and Julia Roberts, Duplicity is agreeably layered and much sharper and more agile-minded than yours truly. That’s a compliment. Don’t people hate thrillers they can figure out too easily? Those smarter-than-me types, I suspect, are going to love this. 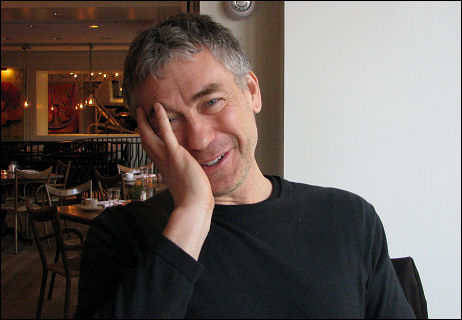 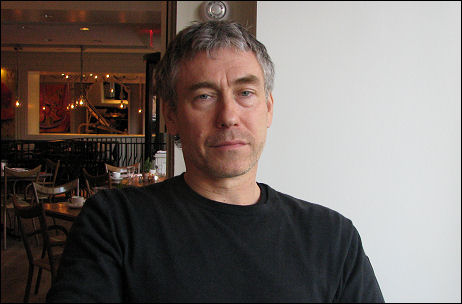 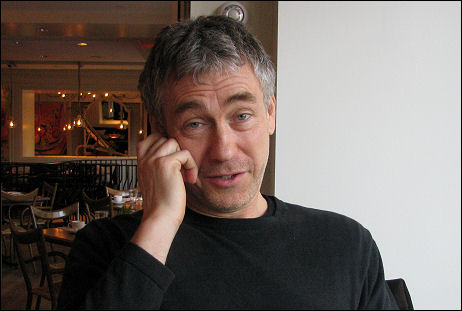 As Michael Clayton did a year and a half ago, Duplicity made me feel like the slow kid in the back of the class. I was into it, on top of it, closely examining, leaning forward, waiting for the Big Thing to happen, wondering if I’d somehow missed it, getting worried…and then it all kicked in. I can’t review the film until 3.19, but I’ll tap out something about our chat tomorrow.

For what it’s worth, Joel and Ethan Coen recently told a director pal who ran into them socially that they’re not going to Cannes this year. So I guess we can all forget seeing A Serious Man there. Unless…you know, the boys decide it’ll be ready in time and they’re into it after all. Focus Features will be releasing it early next October. A Toronto Film Festival preem…right? 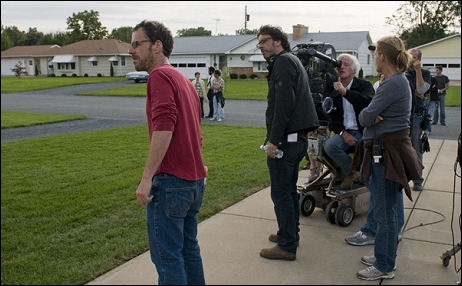 Described on the Wikipedia page as a “gentle but dark period comedy” (i.e., 1967), A Serious Man “is based loosely on the Coen’s childhoods in a Jewish academic family in the largely Jewish suburb of St Louis Park, Minnesota. 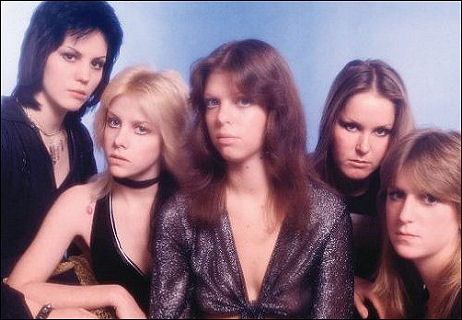 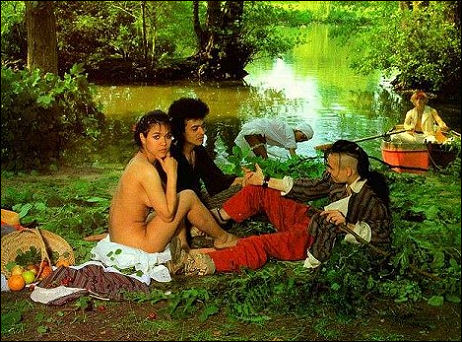 “It is easy to appreciate Anna Faris: a cult is forming around her. It is less easy to shed the slightly moralistic hand-wringing that accompanies much of the acclaim she has received – the idea that she is wasting her talent on bad projects; that her collaborators should recognize her skill set and exploit it; and that serious fans are only ‘mucking about’ in bad movies for the certain redemptive quality that her great turns bring to these (largely) unworthy titles.” — from a Zachary Campbell piece on rouge.com.

This columnist will never get on the Anna Faris cult bandwagon until she starts appearing in better films, which it to say work with better people. If Alfonso Cuaron, Bennett Miller or Alexander Payne use her one day, great…then I’ll pay attention. But I’m 90% sure it’ll never happen. Because she seems to be no more than a quarter-inch deep. 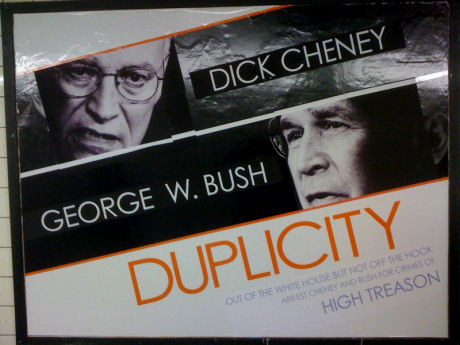