I became convinced after watching Joe Swanberg‘s Alexander The Last that star Jess Weixler would be a near-perfect choice to play the Susan George part in Rod Lurie‘s reimagjned remake of Straw Dogs. Weixler puts out waves of soulfulness and emotional connectivity in Swanberg’s film, and I have an idea that she’d deliver something deeper and more layered (in a whole-hearted feminine sense) than what George and director Sam Peckinpah came up with for the 1971 original. 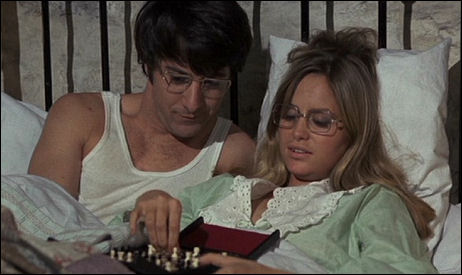 As long as we’re on the subject, are there any ideas as to who else could handle George’s part with a little something extra? And who, for that matter, could step into the Hoffman role? Keep in mind the international marquee factor.

Lurie’s Straw Dogs is taking place in the south, by the way, and not rural England. I for one admire his bravery in plunging ahead with it. He knows that a certain sector is going to trash him for daring to fuck with a Peckinpah classic no matter how his version may turn out. If you’re going to be a director, as John Ford once told Nunnally Johnson, you have to be a bit of an S.O.B. But you also need the courage of your convictions.

God of Carnage? Fierce, hilarious, appalling — a very dark dysfunctional farce. It’s very funny, outrageously so at times. Sharply written and acted with dazzle and finesse by four crackling leads — Jeff Daniels, Marcia Gay Harden, James Gandolfini and Hope Davis. Who play suburban couples meeting to discuss a violent altercation between their respective sons. You may go in knowing what’s to come, but the anger, disdain and self-disgust that gradually push through are snarlier and more manic than you might expect. 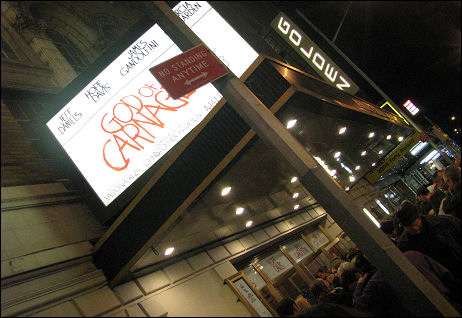 And if you have any rot or mildew or serpents festering inside, a play as well done as this is pure pleasure.

God of Carnage lasts about 90 minutes, I think. It may not have started precisely at 8 pm, so maybe it’s more like 85 minutes. No intermission. But what a fierce workout! Everyone is mad and sweating and drained by the end. Hats off to all four. Great hilarity mixed with patches of despair. Perfectly balanced and honed. I hate my life and you too! Blecchhh!

The basic idea is that beasts and bile lie within everyone, ready to pounce and lash out, and it doesn’t take much to prod the shit into the open, especially with a quart of top-grade rum at the ready. It’s been said that Gods is half British-refined and half farcical in the French sense of that term. For me, the ease of the transition from one to the other is what matters, and I was seriously impressed.

Is God of Carnage as precise and ambitious as it could be in making these four characters represent, in a thorough and particular way, the malignancies of greater society? Is it as thoughtful and primal and thematically profound as it ought to be? Maybe not entirely, but it sure hit the bell for me. Farce can’t take too many breathers or shift gears too often. Some London critics, I realize, were slightly mixed about the production that opened there last March, and it’s conceivable that some might quibble about this or that when it opens later this month.

But the French-speaking author Yasmina Reza and her British translator, Christopher Hampton, obviously made decisions in a clear-headed way that they knew would make the play into this rather than that. They had to decide based on the requirements of the form. Farce has to be done with concentration, precision and rigorous discipline, and the God of Carnage gang (including director Matthew Warchus) know exactly what they’re doing. Okay, it may not be Who’s Afraid of Virginia Woolf?, but it’s a lot funnier. And just as angry.

The conversation in God of Carnage starts out politely, correctly, considerately and then, slightly and almost imperceptibly, relations start to decline. They degrade and degenerate into bitter, adolescent, at times close-to-submental rage. Which leads to alcohol, incredible ferocity and despair and a question at the every end — “What do we know?”

For what it’s worth, the audience knew. Everyone immediately leapt to their feet at the curtain call. No hesitation, clapping and cheering their tails off. I looked around and figured the crowd was maybe one-third tourists, one-third Sopranos fans, and one-third sophisticated theatre mavens.

Here’s a Playbill podcast interview with all four actors speaking.

Oh, and there’s a splendid special effect that comes along at the halfway mark. Won’t say any more than that.

Conor McPherson‘s The Eclipse, a kind of supernatural, death-dodging love story with Ciarin Hinds and Aidan Quinn, appears to be one of the more intriguing Tribeca Film Festival selections. It’ll be shown next month as one of the World Narrative Feature competitors. I was alerted when an HE reader pointed out McPherson’s illustrious track record as a playwright — The Weir, The Good Thief, This Lime Tree Bower, Dublin Carol, etc. 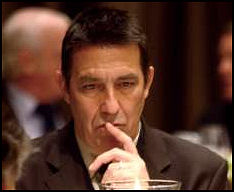 Based on a story by Billy Roche, who co-adapted with McPherson, The Eclipse is about a widower (Hinds), who befriends Lena (Defiance and High Fidelity‘s Iben Hjejle), a writer who specializes in the supernatural, during a literary festival in Wexford. “Events spiral towards the paranormal,” read a synopsis on a Hinds website, “when Michael finds himself confronted by strange visions, as well as having to contend with a flesh-and-blood menace in the form of author Nicholas Holden (Quinn), who is determined to prevent Michael and Lena from becoming too close.”

Funded by RTE, Bord Scannan na hEireann and the Broadcasting Commission of Ireland,The Eclipse was shot in Cork last year. 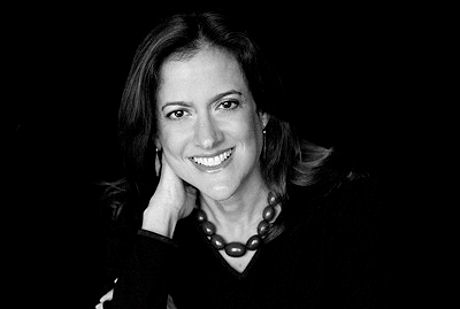 “While griping about unappreciative bosses has been rampant among William Morris underlings, one of Endeavor’s founding partners, Tom Strickler, has cultivated internal good will with gifts as elaborate as reconstructive jaw surgery for one employee and an Argentine polo pony for another.” — from a 3.11.09 N.Y. Times story about a possible Endeavor-William Morris Agency merger, reported by Brooks Barnes and Michael Cieply. 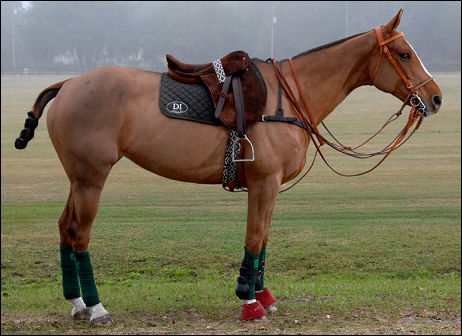 Only saps believe you can somehow discern or predict the future. Because saps are especially afraid of what the future might bring, living as they do with a kind of suppressed undercurrent of anxiety. These are the same intrepid souls who believe in numerology, the biblical End of Days and the general theology of supermarket reading. It follows that Knowing (Summit, 3.20) is made for them — i.e., folks who are under-educated and eat the wrong foods and have problematic taste in clothing.

And yet — I have to admit this — I want to see Knowing because the effects look fairly decent. Despite the myriad assurances provided by this trailer that it will make me groan.

Warning lights are flashing due to the hand of director Alex Proyas, whom I was wary of after Dark City and whom I will never trust again after sitting through I, Robot.

The money footage starts at 3:50: “Are you proud of the economic record of George W. Bush?”

Question: What film is the above line of dialogue — the full line is “Pound them, Charlie…pound them” — taken from?