Variety‘s Tatiana Siegel and Elsa Keslassy are reporting that Quentin Tarantino‘s Inglourious Basterds has been invited to play in competition at the Cannes Film Festival, and that Tarantino has accepted the offer. This is news? Tarantino has been saying for nearly a year (more?) that Basterds would be there.

The svelte Seth Rogen on The Daily Show joking about his weight loss (“It’s called bulimia, John!…to be able to stand on your own…your calves can support your torso!”); also referencing the Travis Bickle-ish ending in Observe and Report.

Thin Seth Rogen on The Daily Show joking about his weight loss. Her also references the Travis Bickle ending.

Shouldn’t the copy read “see it with someone you’re ******ing”? (As in “dating, seeing, doing, playing, exploring, shtupping, manipulating,” etc.) If you want to stay within the bounds of grammatical correctness, see it with someone you **** can only mean “like, hate, love, fuck,” etc. These all sound too blunt. The first group of options sound much more layered and realistic — more reflective of emotional complexity and big-city relationships. Magnolia will be opening the The Girlfriend Experience on 5.22. 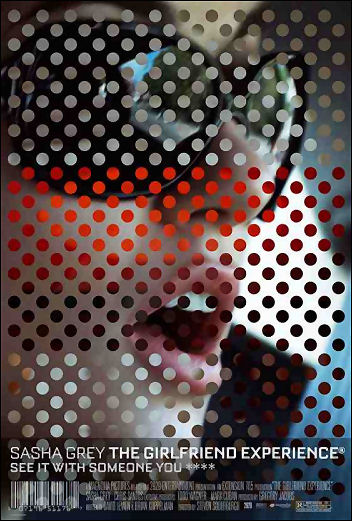 Responding to the online Wolverine leaking, HE reader JckNapier2 has floated a highly speculative, bordering-on-looney-tune theory that’s nonetheless fascinating to consider: “If Wolverine turns out to be terrible, immediate suspicion would fall on 20th Century Fox for leaking it to create an excuse for [a diminished] box-office performance. When I first wrote this I was just tossing it out there. But as a friend correctly noted, this could be a form of insurance fraud.

“If Fox has insured the film from all matter of maladies, could they cash in said insurance policy if they can somehow convince the carriers that the film flop because of third-party criminal action?

“As it is, if the film is a hit despite today’s leak then it becomes a goofy embarrassment. If the film flops, especially on opening weekend, the leak becomes one of the biggest entertainment stories of the year, period. As far as consequences, the only people responsible for this are the ones who leaked it, period. If Fox cracks down on critics and press screenings and/or public paid screenings, then there will be a huge press backlash.”

Another reader, continuing on this double-agent, cloak-and-dagger Le Carre jag, says “it’s more than likely that it was an ex-Fox employee who was attached to the production while there. In fact there’s a guy who fits the mold well.” He doesn’t mention a name. “Check MTV’s movie blog for quotes about Wolverine by an exFox vp. “I’m not saying it’s him but the timelines for the estimated age of work print and his departure do match up, more or less. Read his quotes back then had me scratching my head as to why an ex employee was giving quotes on a film he was effectively thrown off of. Just a thought.”

20 Comments
Get It Right

Arizona Star columnist Phil Vilarreal notes that “if you want access to Blu-rays with your Netflix account, expect to pay $4 more per month. That means if you’re like me and subscribe to the 3-discs at a time plan, your monthly cost will shoot up nearly 25 percent, from $16.99 to $20.99. Netflix recently informed customers about the rate hike via e-mail.

“Obviously this is no choice at all for HDphiles who need to feed their PS3s and 50-inch plasmas with the cutting edge of visual technology and see DVDs as repulsive anachronisms, hardly preferable to VHS.”

“But if you’re not entranced by 1080p it would be foolish to consent to the $4 tack-on. Upconverted DVDs look pretty damn good, after all, in 480p. I see this as a move by Netflix to get people to stop asking for Blu-rays and thus justify no longer having to carry them.” 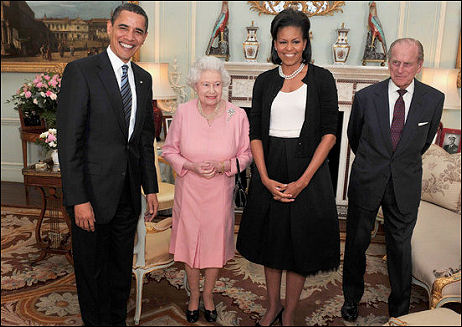 There’s no question that Queen Elizabeth has become physically smaller. Certainly a good deal shorter than she was when Helen Mirren portrayed her in The Queen. I know this syndrome up close as my mother has become significantly smaller than she used to be.
April 1, 2009 11:00 amby Jeffrey Wells

I didn’t get around to checking the pirate sites until an hour ago, and it’s true that several digital workprint copies and at least one DVD rip of Gavin Hood‘s Wolverine (20th Century Fox, 5.1.09) are downloadable as we speak. They all appeared earlier today; the DVD rip went up only about an hour ago. Clearly someone in the post-production loop is the culprit. I don’t know what kind of effort the big distributors put into post-production security, but it clearly hasn’t been enough.

Has anyone in an all-media press screening ever been caught trying to tape a movie? Ever? I’m not saying it hasn’t happened. I’m just asking.

I haven’t looked at any of the pirated copies, but HitFlix’s Drew McWeeny has reported that he looked at “a random three minute segment from the middle of the film this afternoon when first told it was online, and there’s no timecode, no watermark…nothing. It’s a clean, perfect copy. Someone did that on purpose.”

I agree with McWeeny and Nikki Finke that it’s hateful and deplorable when this sort of thing happens, and that it’s bad all around for everyone.

In a Wrap column posted last night, director Rod Lurie (Nothing But The Truth) has ripped into Deadline Hollywood Daily‘s Nikki Finke as a “de facto McCarthy,” “destructive and dangerous, “carelessly lobbing accusations and innuendoes against unsuspecting victims,” “wing[ing] around rumors as if they were fact” even as she “protects her integrity by acknowledging up front that this is something she’s heard” and “very often [reporting stories with] agendas or scores to settle.”

Lurie initially ascribes the afore-mentioned characteristics and tendencies to a new gang of reporter-bloggers who “purport to run news items — ‘scoops,’ as they call them — in a shoot-first-and-do-the-interview-later kind of way…with in most cases no editors or lawyers to vet a story — either as a fact-checking measure or to determine whether there is exposure to a libel lawsuit.”

But his real focus is Finke due to her having reported two untrue things about him — one, that he’s hopscotched reps (i.e., has been skittish, temperamental and disloyal with his agents) and two, that he wanted to include a “rough sex” scene between a U.S. President’s daughter and a Secret Service agent in Commander in Chief, the TV series he created. So let’s cut out the qualifications — this is a Lurie vs. Finke piece. And Lurie is saying Finke “is emblematic of a true danger that now exists in journalism — the unchecked reporter.”

Lurie’s most provocative statement is that “there will soon be a revolution in legal Internet journalism. It simply cannot stand that reporters can just willy-nilly report rumors as fact. When that happens, reputations and careers can be destroyed at the whim of the reporter. Something has to and will happen or the entire institution of journalism — which will soon become almost exclusively Internet journalism — will be dead and buried.”

A journalist friend asked me the other night why I hadn’t jumped into the recent Finke-Variety-Wrap brouhaha more strongly. I guess it’s because Hollywood Elsewhere is a personality-opinion-attitude column, and so in terms of this one distinctive bent or tendency — a constant vetting of personal likes and dislikes, faves and devils — HE is similar to Deadline Hollywood Daily.

Unlike Finke, of course, I rarely beat the bushes for news story exclusives. I generate reviews, elitist or curmudgeonly snark, festival coverage, seasoned perspective, tough opinion, cultural complaints, standard movie-love (in feature, DVD and Bluray form), superb photographs, video and mp3 recordings, and all kinds of bizarre head-trip humor riffs — including reactions to hotel managers who fail to discern the meaning of a left-behind cowboy hat and pink-shirt restaurant managers who lack the grace to allow a customer to eat a slice of his own cake that he brought along in a bag.

But when exclusives do fall into my lap (a) I always make sure the facts are as throughly sourced as possible (and if I make a mistake, I fix it as soon as possible) or at least state that what’s being posted is merely the perspective of a known and trusted source, and (b) I always run said stories without naming the source. If I run someone else’s view of a situation or a film or Bluray disc, it’s because I agree with it or feel it at least has some merit. I think I’ve shown pretty good judgment on these matters as well as aesthetic-cultural issues. In any case, them’s the rules.

One definition of a Nikki Finke target is any form of old-boy sexism — any evident regarding of women as objects first and fully proportional and spherical human beings second. A good thing to be against, but Finke’s zeal in this regard can be nothing short of ferocious.

She tried to hurt me a couple of years ago by posting a single stupid-icky paragraph I included in a 15-paragraph letter that I’d privately sent to 3:10 to Yuma director James Mangold , which had been given to her by an ally of Lionsgate marketing chief Tim Palen. Why? Because first and foremost, I believe, there’s something toxic in her soul that prevents her from acting in a more considerate, comme ci comme ca fashion (what she did was appallingly un-mensch-like), but secondly because she considered me a sexist dog and therefore needed to be slapped down.

I suspect that her animus toward Lurie was fostered along the same vague lines — i.e., that because of Lurie’s fictional interest in including a “rough sex” plot point in a TV series he must be a sexist and therefore needed to be slapped around.

Finke hasn’t posted anything about Lurie’s piece on DHD so far, and probably won’t.