The generic synopsis for Todd Phillips‘ The Hangover (Warner Bros., 6.5.09): “A Las Vegas-set comedy centered around three groomsmen who lose their about-to-be-wed buddy during their drunken misadventures, then must retrace their steps in order to find him.” Cinematical’s Peter Green wrote that the trailer looks “like Old School with more alcohol.”

A “dunot” is a unique brand of French pastry, created in 1974 by world-renowned French chef Paul Bocuse. Some U.S. restaurants offered it for a period in the mid ’70s, but for whatever reason it never caught on with the public. Today it has all but disappeared. 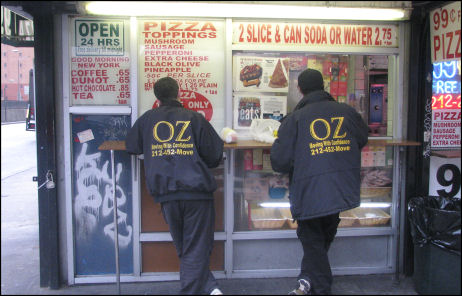 From a selection of Murray Close film-set photos allegedly being shown for the first time at Proud Camden gallery from now until 6.7.09. (I say allegedly because there’s no mention of a Close show on the Proud Camden site.) 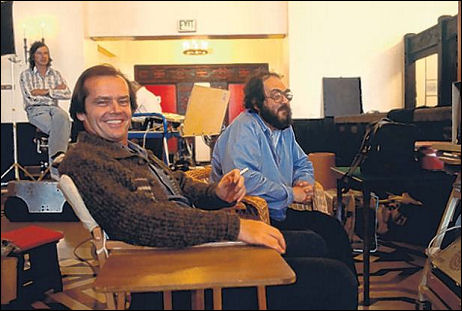 Today’s scholastic exercise to is to sift through Eugene Hernandez, Brian Brooks, Peter Knegt and Andy Lauer‘s “Cannes Wish List” piece on Indiewire and try and pick out the titles that weren’t mentioned in Mike Goodridge‘s Cannes forecast article in Screen International than ran seven weeks ago.

Sidenote: Atom Egoyan‘s Chloe just wrapped so it’ll be quite the feat if it plays in Cannes six weeks hence. 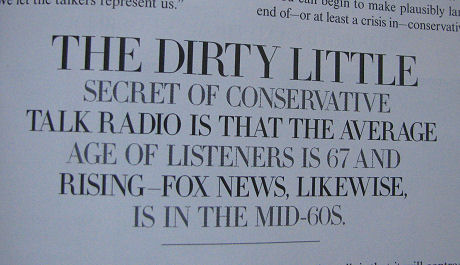 Pull quote from Michael Wolff’s “The Man Who Ate The G.O.P.,” on page 95 in the current issue of Vanity Fair — the one with Giselle Bundchen (i.e., not “the most beautiful woman in the world”) on the cover.
April 3, 2009 2:06 pmby Jeffrey Wells
7 Comments
Friggin’ Glasses

“I’m already paying fees to RealD for the systems. I’m paying to put in the silver screens and I’m paying to train employees to run the product. For 20th Century Fox To come in at this point and say they aren’t going to pay for the glasses [for showings of the 3D Ice age: Dawn of the Dinosaurs] while saying they all the upside of the revenue, is ridiculous.” — A “angry exhibitor” speaking to Entertainment Weekly‘s Nicole Sperling two days ago at Showest. (Supplying glasses to exhibitors for a single 3D feature costs the distributor about $1 million.)

Last night I was introduced to Vincent Pastore (a.k.a. “Big Pussy” Bonpensiero from The Sopranos) at the Rescue Me after-party at the Times Square Hard Rock cafe. Nice guy but his hand was thick and smallish and dry — it felt like coarse sandpaper. Vincent explained right away that he was showing the Hard Rock’s historical displays — i.e., guitars and costumes used by famous musicians — to a young dark-haired lady he was with. 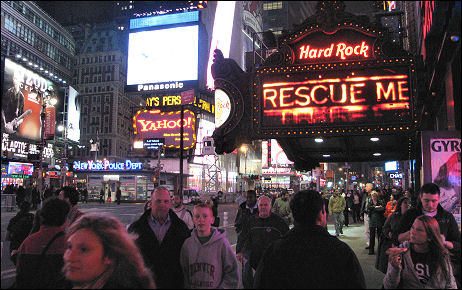 The girl, who spoke with a borough accent, was slightly overdressed and in her mid to late 20s, said she was “very interested [in the displays] because I don’t know anything about rock ‘n’ roll. I only know about disco.”

Right away I cocked my head. “But disco was thirty years ago,” I said. “Yeah, but my parents were only into disco,” she replied, “so that’s all I know about.”

First, what kind of cast-iron blinders do you have to be wearing to only know about the kind of music that your parents were into during the Jimmy Carter administration? And two, who admits to mixed company that their parents’ taste in music has not only defined their interests but also kept them from having any curiosity about other forms of music for their entire life?

Noting that N.Y. Times readers have offered to donate money to keep the struggling (one could say staggering) publication alive, executive editor Bill Keller, speaking yesterday at Stanford University, said that “saving the New York Times now ranks with saving Darfur as a high-minded cause.”

President Obama playfully fucks with reporter from the Times of India at a press conference held yesterday.

Robert Wilonsky has a story on his blog that may have something to do with the Wolverine leak. That’s the rumor, at least. There was an FBI raid at a “huge internet hub” in Dallas this morning. The owner released a statement saying it has something to do with a customer of theirs, and that the FBI needed access to their information.

Last night I caught the brilliant first episode of new Rescue Me season at the Radio City Music Hall, and also a comedy set from star-creator Denis Leary, which was somewhat funny in the usual Leary way — contentious, caustic, seething, middle-aged and very urban Irish blue-collar and very fuck-you frustrated. So what else is new? That’s his handle. 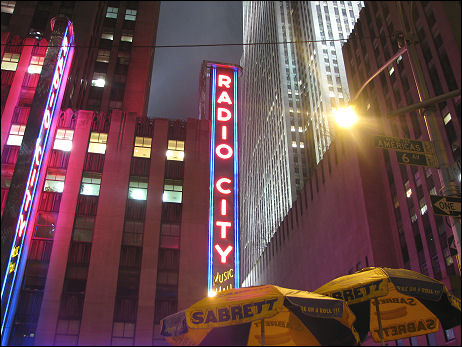 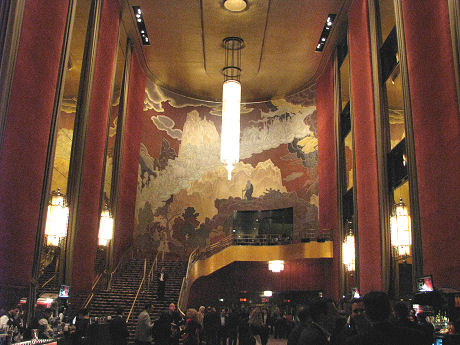 The problem with the screening was that the RCMH is cavernous as hell and the sound echoes all over the place so you had to cup your ears to hear it right. But you couldn’t hear it anyway because the show was a benefit for the Leary Firerighters Foundation, which meant that the place was filled with borough types who laughed so loudly (image two thousand water buffaloes yaw-hawing en masse) that they obscured at least half the dialogue.

Funny as he can be, Leary is regarded as a heavyweight actor-dramatist these days because of Rescue Me, which he co-created (with Peter Tolan), produces, co-writes and stars in. It’s always been a superb show that mixes comedy and pathos in a way that feels perfectly synched and fine tuned. This is the fifth season. I was surprised by the continued spark and pizazz, given the tendency for ensemble comedy series to lose a little mojo after two or three seasons.

This season is noteworthy (apart from the punchy-dramedy value) for a revival of the 9/11 current, which of course is what inspired Rescue Me in the first place. It kicks in when a French journalist (Karina Lombard) interviews the firehouse gang for a piece on the 10th anniversary of the disaster. This material wasn’t in the episode shown last night, but knowing this is in the wings makes me all the more interested in watching. (I’m trying to scrounge extra screeners as we speak.) The series kicks off next Tuesday on FX at 10 pm. 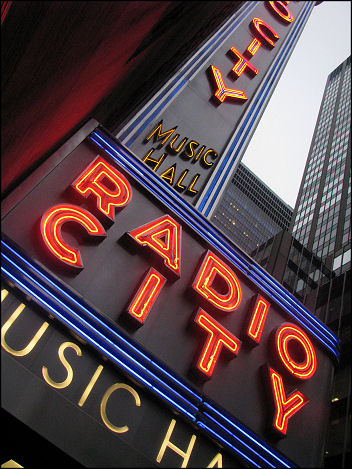 The standout performance, for me, was Michael J. Fox‘s as a twitchy, wheelchair-bound guy who’s apparently dicking Janet (Andrea Roth), the ex-wife of Leary’s Tommy Gavin. It’s touching to see Fox, who’s been grappling with Parkinson’s for years, give his performance hell despite the obvious fact that the disease is getting in the way.

Nick DiPaolo also did a comedy set (following Leary’s opener). And as funny and confident as he is, I didn’t care at all for the blue-collar-bar vein in some of his material, particularly as it reflected upon Barack Obama. DiPaolo was playing to a borough crowd, and if a certain kind of joke works with a certain type of crowd, you use it — I get that. But he was basically stoking racist attitudes, and this turned me off. I wound up giving him the finger as I left.

“People of the left think Obama is a messiah,” DiPaolo said. “I know what that’s about because on Election Night I was looking at the TV screen and going ‘Jesus H. Christ, Jesus H. Christ.'” And this got a huge laugh. Fucking animals and their bullshit borough perspectives. Sitting in the audience (I was in row SS, seat 305) felt like I was surrounded by the cast of Goodfellas without the icepicks. 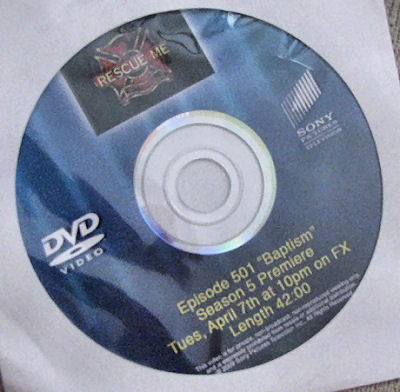 Everyone in Strasbourg speaks English? I realize that the under-45 French are generally bilingual, particularly those in service industries, retail, tourism, etc. But not the 50-plusses and certainly not the proles. It goes without saying that French president Nicolas Sarkozy would never deliver an all-French speech to a crowd in this country, even in Manhattan, even at the Alliance Francaise.