Publicist Kathleen Talbert said a while ago that Francis Coppola‘s Tetro, which will open the Director’s Fortnight program in Cannes, is in black and white and color. A slight exaggeration, it seems. There are dabs of red in the manner of Rumblefish and Schindler’s List , but the trailer is 97% monochrome. 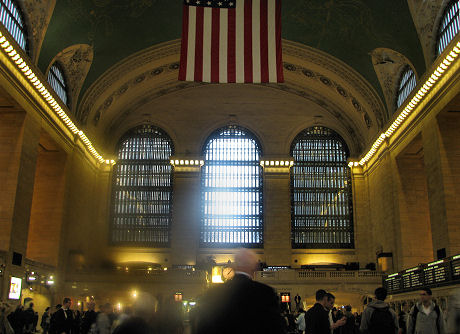 “When a movie comes out great, I’m not even happy it came out great. I just think, ‘Wow, whoo. That could have turned out really badly, and I escaped a horrible situation.’ ” — Funny People director Judd Apatow quoted by N.Y. Times contributor Dave Itzkoff in a Sunday piece called “Funny Men With Serious Ambitions.”

I love this quote because it precisely echoes the bottom-line attitudes and personalities of many if not most comedians. Dour, glum, guarded.

“Green is good, but there is no ecological benefit in recycling intellectual properties or in treating pop-culture treasures like so much scrap material,” A.O. Scott also wrote this morning in one of the Memos to Hollywood published today. “So let us read our comic books and watch our DVDs of old movies and television shows and try to capture our imaginations with something new.

And “dysfunctional families; dysfunctional families with guns; suburban ennui; suburban ennui with guns; wisecracking teenagers; loser dudes scoring with hot women who would never give them the time of day even if they were drunk out of their minds or too young to know any better (hello, Judd Apatow!); feature films that should have been sketch comedy routines; shopping montages; makeover montages; bromances (unless the guys get it on with each other); flopping penises; spray-on tans; Kate Hudson; PG-13 horror remakes; or anything that uses any of the ‘classic’ songs that we are sick of hearing.”

In the view of the Observer‘s Ryan Gilbey, “the early years of Quentin Tarantino‘s career” — Reservoir Dogs, Pulp Fiction, Jackie Brown, his screenplays of True Romance and Natural Born Killers, his pinch-hitting screenplay work on Crimson Tide — “were the most dynamic by a long chalk.”

Which makes it understandable why “some of us are eager to know what happened to the Tarantino who gave U.S. cinema a hefty adrenaline shot to the heart, much like the one administered to Uma Thurman‘s Mia Wallace.

“Perhaps the very act of expecting Tarantino to mature and evolve, or to return to the tenor of his early work, is like waiting for Wim Wenders to make a frathouse comedy. It could be that he wanted all along to devote his career to paying homage to hacks and trashmeisters. Will the chasm continue to widen between the qualities that made Tarantino’s first three movies so fascinating and the shameless, sometimes juvenile passions that drive him on?

Gilbey ends by writing that “perhaps those of us who hailed Tarantino as a cinematic revolutionary will find further support for our case this month in Cannes” — i.e., when Inglourious Basterds shows its face,

Hah! Unless it’s been transformed to something almost entirely different from what’s on the page, Inglourious Basterds is going to be, at best, an ironic World War II wankathon — a movie with a semi-sincere middle section that has a reverent, film-loving Cinema Paradiso vibe but is otherwise about archness, smugness and smirk. But in a way that kind of works. On paper, that is.

Here’s what I wrote last July after reading the first half of the script:

“While it’s easy to see why others have called it Kill Bill meets The Guns of Navarone meets The Dirty Dozen meets Cinema Paradiso, I have to say that I’m mainly enjoying it as a violent, vaguely art-filmy World War II attitude comedy — a deliberate exploitation piece full of war cliches turned on their ear, and a general theme of Jewish payback upon Nazi swine for the Holocaust.

“It is absolutely the most inauthetic, bullshit-spewing World War II movie that anyone’s ever written. And I love it for that. Every other line is a howl or a chortle. It almost could have been written by some 15 year-old suburban kid who used to play pretend WWII games with his friends when they were 10 or 11. Four or five times I literally laughed out loud, and that’s rare for me. And every scene is pure popcorn, pure shit-kickin’ Quentin, pure movie poontang.

“When I read the character name of ‘Pvt. Butz,’ a German combat soldier, I almost fell out of my chair. This is straight out of the mind of Stanley Kubrick when he called two hotel-clerk characters in Lolita ‘Mr. Swine’ and ‘Mr. Putz.’

“The Inglorious Basterds script flaunts its fakery and movie ‘tude to such a degree that it’s pure adolescent (i.e., teenage boy) pleasure. The Europe it depicts doesn’t exist and never will exist, and that’s totally fine. The German and French characters are so idiotically cliched they almost sound like the kind of material that a John Candy SCTV skit would use. But not quite. It’s actually kind of perfect that way. The balance, I mean.

“The script seems twice as fake as the Italian villlage in Blake Edwards‘ What Did You Do in the War, Daddy?, and that was pure mid ’60s Hollywood bullshit. It’s faker than Hogan’s Heroes, even. If Tarantino has done any research about France, Germany or any World War II particulars other than watch World War II movies, I’ll eat my motorcycle tool kit.

“He doesn’t care, of course, and that’s why he’s Quentin Tarantino You can feel him in his element, living in his head and flaunting a clever, dumb-ass yarn that entertains every step of the way, and — this is the cool part — in a kind of oddly sophisticated fashion. Which is what he’s been doing since Pulp Fiction.”

“The Oscars are just not working,” N.Y. Times critic A.O. Scott declared this morning among several “Memos to Hollywood” (which are co-authored by Manohla Dargis). “The Academy Awards broadcast, with its mixture of snark and high-mindedness; the pool of pseudoserious, faux-prestigious specialty-division B-pictures; the long, dreary slog of the awards season. You’re losing touch with the mass audience on one side and the tradition of popular art on the other. Take some risks, rejigger the formula, expand the membership pool. Do something!” And then he says disregard and just “kill the Oscars” altogether.

Rejigger and rejuvenate by all means, obviously, but never kill the Oscars. Never. Not because the show itself is anything magnificent (although we all derive fleeting emotional charges each and every year), but because every Oscar season is like a great spiritual Olympics. Because each and every film of any merit and our reactions to them are opportunities for assessing the whole magillah. Because the Oscars, of course, are only nominally about the competing films. They’re really about how we feel and think about these films, and what we’re looking or hoping for each time we enter a theatre and submit to the dark. In short, they’re about us.

Each year the Oscar race allows — demands — that we assess who we are, what we need and want, what defines artistic greatness or at least distinction, and the kinds of spells that films need to provide. Every day I’m looking to understand and sometimes redefine who I am and what I want, but we all do this en masse during Oscar season. It’s a stirring, at times joyously argumentative process. (I loved trashing Chicago and praising The Pianist in ’02 — it was all to the good.) For me, the October-to-February argument is all, or certainly 95% of the game. The show is maybe 5% of it — the end, the crescendo, the cherry on top, whatever. And through all of it the distributors of the films in the arena, the ones that each year compete and strive and receive the constant attention, clearly benefit.

The Birth of Benjamin Button, the feature doc on the Button Criterion Bluray, “clocks in ten minutes longer than the movie — 2 hours and 55 minutes. And it covers almost everything one could want. Nearly half the running time focuses on the various stages of practical and CG work, and rightfully so. I found myself replaying each of the post-production chapters covering the replacement effects after watching the whole thing in one go.

“The consummate professionalism brought to the production value of this doc is why a single-disc edition wasn’t going to cut it. The movie’s craft deserved better, and it got the best. Even if you didn’t fall in love with the movie, the doc alone is worth purchasing the set. It’s a high-end film school class on a disc. I could actually see re-watching it, and more than once.” — from Moises Chiullan‘s Bluray review on Arthouse Cowboy.