“It doesn’t reinvent the wheel, but you wouldn’t expect it to. It’s loud and it’s stupid, but not derivatively or in a way that would make someone as notoriously pissy as yourself (like me!) irritated that it’s pandering to the masses. Sometimes a movie comes along with enough belly laughs to see you through an evening and part of the next day, and The Hangover does just that. And I’m saying this as someone who didn’t like Old School.

“I disliked only two things. Bradley Cooper seems to be chewing gum through the first hour and it really pissed me off. And Ken Jeong is playing a strangely camp Asian gangster and the characterisation seemed to play to the crowd a little too much. A bit too broad for my liking, but I chuckled with a hint of guilt a few times.

“I’ll be doing a full review for Little White Lies, a beautifully designed movie magazine I think you’ll love. Check it out.”

“Swift and sure, Drag Me to Hell unfurls in vertiginous, comic-book frames, like a long-lost issue of Tales From the Crypt” writes N.Y. Times critic Jeannette Catsoulis. “Neither small humans nor smaller animals are exempt from the carnage, which is orchestrated by director Sam Raimi and his screenwriting sibling, Ivan.

“As for Alison Lohman, she suffers the indignities of the genre like a champ, morphing from mouse to hellion as her expiration date approaches. And while no one will mistake her journey — whose title sounds like a desperate plea from the director’s fan base — for a masterpiece, the movie has a crackpot vitality that breaches our defenses.

“In films like Darkman and the thematically similar Spider-Man 2, Mr. Raimi revealed a gift for merging the human and the fantastic, sustaining poignant love stories in the midst of horror and revenge. His talent is greater than this, but for now this will do.”

Catsoulis is an excellent writer and critic, but how come Scott and Dargis fobbed this one off?

“The obvious solution is to brand ‘new IMAX’ so customers know what they’re getting,” Roger Ebert wrote the day before yesterday. “Call it IMAX Lite, IMAX Junior, MiniMAX or IMAX 2.0. Or call the old format ‘IMAX Classic.’

“Hey, that worked for Coke. Significantly, a lot of exhibitors favor specifically identifying the new format, perhaps because they’re offering something better than on their other screens, yet getting flack from customers because it’s inferior to IMAX Classic.

“One reason exhibitors are friendly to IMAX is that the company is spending money to convert the target theaters. The exhibitors themselves, however, are expected to pay for an upgrade to the latest 3-D technology. Everybody is short of money these days, and both formats offer an excuse for a $5 surcharge.”

The view-of-the-valley Arcos de la Frontera effect can’t be conveyed with a still — you have to slowly pan across. Apologies for the jigglies. At least I didn’t do one of those idiot zip zooms. Taking decent video photography is hard.

Two pieces of official but not finalized concept art from James Cameron‘s Avatar, taken from the forthcoming The Art of Avatar: James Cameron’s Epic Adventure and passed along yesterday by Marketsaw.

Okay, yes — an intriguing taste of Terry Gilliam‘s The Imaginarium of Dr. Parnassus. But where’s the clip featuring Heath Ledger that anyone who’s even half interested in this film wants to see? To think that someone actually thought things through and said, “Yes….this is the clip we’ll make available.”

“Republicans have to know how bad this is for their party — especially given the shifting demographics in America. The Hispanic vote was a deciding factor in Obama’s win, so the last thing the GOP needs is to be alienating Hispanic voters. BUT THEY JUST CAN’T HELP THEMSELVES!

“It reminds me of Robert Downey Jr.‘s quote after his umpteenth drug relapse: ‘It is like I have a shotgun in my mouth, and I’ve got my finger on the trigger, and I like the taste of gun metal.’ The GOP attack dogs have an electoral shotgun in their mouth — and they’re addicted to the taste of it.” 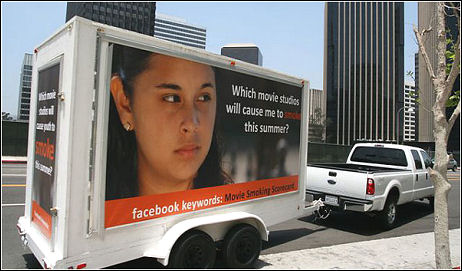 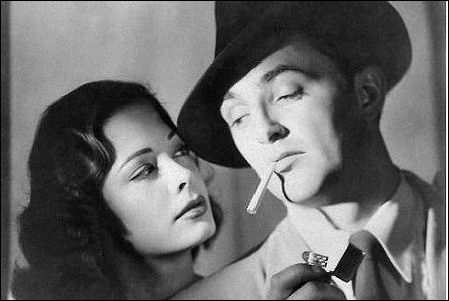 Finally seeing McG’s Terminator tonight in Barcelona con subtitles, and this fairly decent mashup piece is getting me in the mood, I suppose. Being out of the timely-screening loop feels queer and relaxing at the same time. The only problem here is that I hated/currently hate/will always hate Transformers.

A friend who’s also looking forward to The Hangover believes that Sam Raimi‘s Drag Me to Hell (Universal, opening tomorrow) will be an even bigger sleeper hit. So far it’s got a Rotten Tomatoes creme de la creme rating of 75% positive with a 93% from the rank and file. “Raimi has made the most crazy, fun, and terrifying horror movie in years,” wrote EW‘s Owen Gleiberman. Too bad it’s not opening in Barcelona tomorrow. I missed it in Cannes but I’ll be back Saturday, etc. 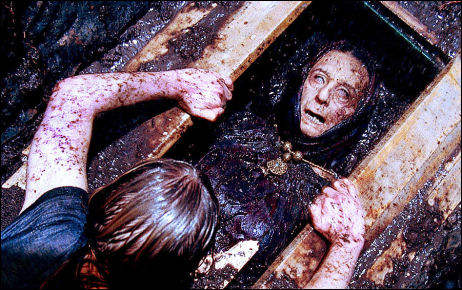 The Wes Anderson Film Festival mentioned in type at the end of this video is hypothetical. The piece, made for a gradate design program, is by Alex Cornell and Philip Mills. It’s not bad. The Rushmore style is dead-on. The pipe is very Max Fischer, granted, but smoking cigarettes also makes it all seem a bit too affected. I don’t know if I’m doing these guys a solid or not, considering the likely drubbing they’ll get from the notoriously savage HE talk-backers. 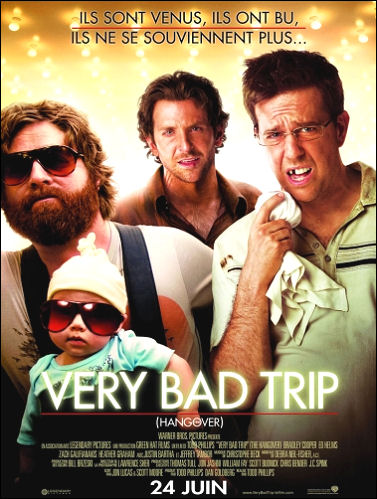