The primary impression you get from R.J. Cutler‘s doc, which I saw at last January’s Sundance Film Festival, is that Vogue editor Anna Wintour isn’t that much of a horror. It may be a gloss and she may have been performing, but that’s what comes across.

Charles Eastman, one of the most admired and gifted screenwriters of the ’60s and ’70s, has died at age 79. Initially an L.A. playwright, Eastman became a script doctor in his mid 30s on The Americanization of Emily, The Cincinnati Kid and This Property Is Condemned. He later wrote two screenplays that were produced — Little Fauss and Big Halsy and Second Hand Hearts — and a third, The All-American Boy, that he himself directed. He also wrote Honeybear, I Think I Love You, a never-produced piece about a romantically obsessed young weirdo. 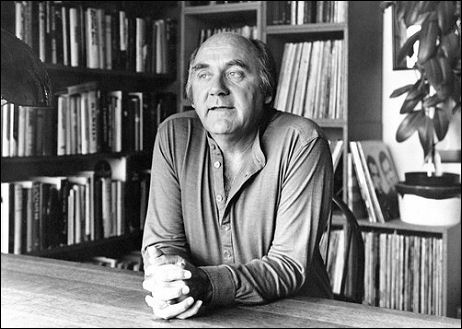 The third installment in Matt Zoller Seitz‘s series on Michael Mann is up at the Museum of the Moving Image site. Seitz also has a pair of IFC.com reviews of the vaguely similar Bruno and Humpday. 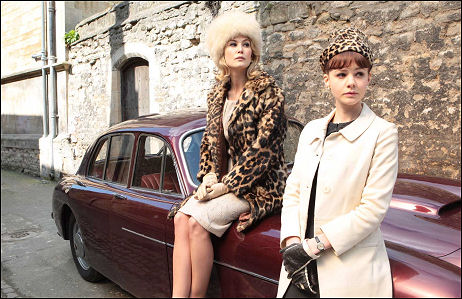 Big frowns on N.Y. Post critic Kyle Smith for giving a one-star review to the extremely ingratiating and perfectly acted Humpday — far and away a better film that Bruno or anything else opening this weekend. Humpday currently has an 88% positive rating from Rotten Tomatoes and a 74% positive from Metacritc.

The only other major critic in Smith’s corner is the Hollywood Reporter‘s Kirk Honeycutt, whom Humpday‘s Mark Duplass and Josh Leonard refer to in this 7.6 Movieline chat with Kyle Buchanan:

Duplass: To me, [the response to Humpday] was pretty similar to the way that The Puffy Chair came out for us. It was a very little movie and there weren’t a lot of expectations about the film going in, so it was able to be a surprise hit, which is just the best place you can be: [The critics are] either going to give you a good review if they liked it, or if they didn’t like it, they won’t say anything because you’re just a little movie. No one’s gonna go out of their way to bash a $20,000 movie.

Leonard: Well, one guy at the Hollywood Reporter, he did.

Buchanan: He gave you a bad review?

Leonard: He eviscerated us.

Duplass That’s just ’cause I wouldn’t have sex with him in the bathroom.

“[Michael] Jackson‘s body is still missing his brain, which coroners are temporarily keeping for testing.” — from a 7.10 N.Y. Post story about the temporary parking of Jackson’s coffin in Berry Gordy‘s Forest Lawn crypt.

Jackson’s brain, Donovan’s Brain with Lew Ayres, The Man With Two Brains, the brain of Dr. Hans Delbar in Young Frankenstein. I feel an idea coming on. A struggling Broadway musical performer in his mid 20s comes to Vegas to find work. During a visit with an L.A. friend he’s hit by an SUV on the Hollywood freeway. He’s taken to USC and declared brain-dead. A brilliant irreverent L.A. surgeon somehow gets hold of Jackson’s brain, reanimates it with Dr. Victor Frankenstein-styled lightning bolts and transplants it into the dancer’s head. The kid survives and prospers as a kind of reincarnation of Michael Jackson — a dancing genius with a gentle little voice and a thing for young lads.

And then what? At the very least it’s a short film.

Jodie Foster‘s decision to cast Mel Gibson in the lead role in The Beaver — a quirky, Napoleon Dynamite-ish dramedy about a gloomy, verging-on-suicidal middle-aged guy who finds rejuvenation when he adds a second personality in the form of a beaver hand-puppet — is inspired. I’m saying this because Gibson’s behavior in recent years has persuaded me that (a) he’s a bit of a loon and (b) is therefore in some ways a kind of real-life incarnation of the “Walter” character in Kyle Killen‘s script, which I read last year. 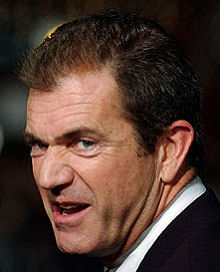 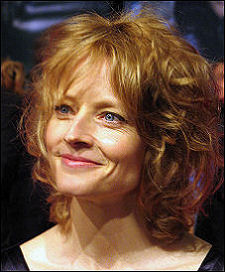 The role is essentially that of an eccentric angst-ridden kookoo bird, and if Gibson has done one thing in recent years he’s proven repeatedly that he’s at the very least familiar with this aspect of the human condition. Or at the very least with having to constantly swat away demons and struggle with manic impulses.

Gibson’s nutter essence is the reason why his most memorable all-time performance was as Martin Riggs, the pop-eyed, heebie-jeebie, verging-on-suicidal cop in the first Lethal Weapon (i.e., a character that was softened up and copped-out-on in the LW sequels.) It’s why he’s an intense Catholic and why he’s had alcohol problems — two obsessions or behavior patterns that go hand-in-hand. (I’m alluding to the syndrome of people who can’t handle life’s anxieties on top of their own craziness so they need either booze or Christ to get them through the day.) It’s why he’s so hyper in interviews. It’s why he looked like a Bedlam inmate when he wore that huge John Brown beard when he was shooting Apocalypto. It’s why he called that female cop “sugar tits” when he was drunk at the Malibu poilce station.

I’m not saying Gibson is incapable of acting rationally or smiling or being polite and charming at parties and all that. Obviously he is. I’m saying that he’s obviously got a madhouse going on inside, and the occasional pop-throughs are why the crazy-Mel image has taken hold.

Foster will direct The Beaver as well as costar as Gibson’s wife. Variety‘s Sharon Swart is reporting that Foster “boarded the project and brought it to Gibson, with whom she co-starred in 1994’s Maverick. Anonymous Content’s Steve Golin and Keith Redmon will produce the film which wil cost around $18 opr $19 million. Producers are pushing for a September start date in New York. A studio could pick up the project or it could go the indie route, as Golin did with Alejandro Gonzalez Inarritu‘s Babel.” 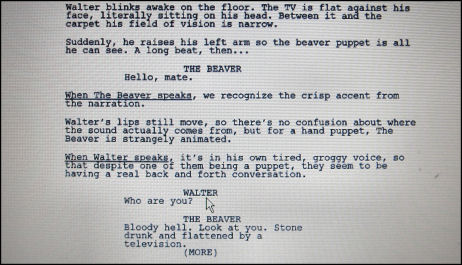 A re-booted Madame Tussaud’s of Hollywood will debut on August 1st. A press preview/walk-through happened a month ago. I’m more than a little impressed with the Bruce Willis figure; ditto the Jamie Foxx. The two most life-like figures in the NYC venue are the Whoopi Goldberg and Morgan Freeman. Other figures, however, are terrible. They look like celebrity look-alike models — almost but no cigar. 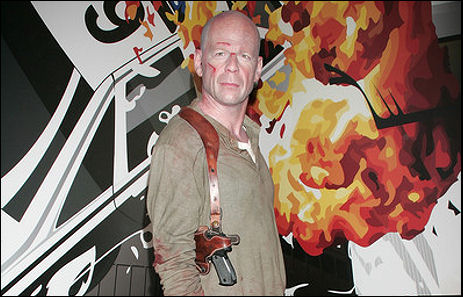 My Bruno review ran 11 days ago. Here are excerpts in recognition of opening day:

(1) “I don’t want to sound overly negative here. I did laugh several times during Bruno. I came out in a relatively okay mood, wasn’t pissed off. But a feeling that it didn’t really make it began to grow in the days that followed. I tried writing yesterday about Bruno but the review wouldn’t come, probably because I was torn between laughing and chortling at times and also realizing that the film has hostility and believability problems.”

(2) “The Bruno problem for me is that (a) the tread has worn down on the tires since Borat — a put-on comedy of this kind just doesn’t feel as out-there brash as it did three years ago, in part because it’s harder to believe that the encounters in the film aren’t staged or performed by the victims, (b) the humor is more than a bit cruel and misanthropic at times, and (c) Sacha Baron Cohen‘s Bruno character simply doesn’t work as well as the revolutionary Borat.”

(3) “Borat was funnier because it was at least faintly conceivable that a dorky moustachioed TV correspondent from a small Kazakhstan backwater could be that culturally clueless. But Bruno is no idiot — he’s from Vienna, knows the fashion world, knows the rules of the game. The joke is supposed to be that he’s so blinded by ego, arrogance, ambition and random sexual arousal that he doesn’t realize how offensive and irritating he is to everyone he meets. And that’s just not buyable.”

(4) “So what we’re left with is just watching SBC doing his best to put people on and make them squirm as best he can. I’m obviously gay, you’re perhaps a little uncomfortable with gay men, and so I’m going to up the ante more and more until that discomfort tips into some form of hostility (usually suppressed). Over and over and over. Because I’m convinced that you’re a yahoo of some kind, and the point of this film is to expose you as same and too bad if you don’t like it, Ugly American.”

(5) “Clips and promotions and put-ons are one thing, but when you sit down for a movie you expect a certain build-up of dramatic and emotional elements — you need to see characters and story threads start to take shape and transform and pay off in some way. Bruno never even tries to get off the ground in this sense.”

(6) “Laugh-out-loud amusing and ‘outrageous’ as it sometimes is, Bruno — oddly — isn’t all that funny. Certainly not in a convulsive sense. It’s basically a series of misanthropic ‘screw you’ jokes — 82 minutes worth of effete put-on gags, each one meant to provoke homophobic reactions to SBC’s flamboyantly gay, blonde-coiffed Austrian fashion reporter.”